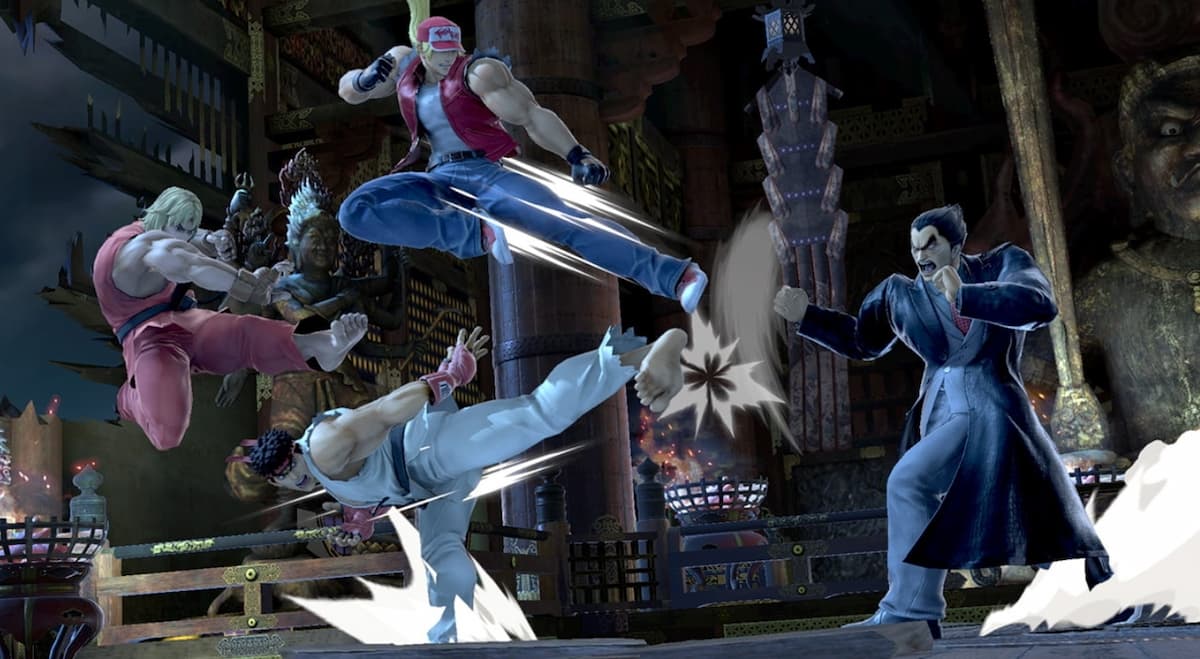 The version 12.0 update for Super Smash Bros. Ultimate is now live, which adds Kazuya Mishima, along with content from the Tekken franchise of games and balance changes for the rest of the roster.

Kazuya is the fifth fighter joining the Ultimate roster as part of Fighters Pass Vol. 2. He is now available alongside the Mishima Dojo stage and 39 songs from the Tekken franchise. Multiple new Mii Fighter costumes are also available as separate pieces of DLC.

The following spirits will appear in the Shop on the Vault menu, or the Spirit Board:

You can update Ultimate to version 12.0 now.