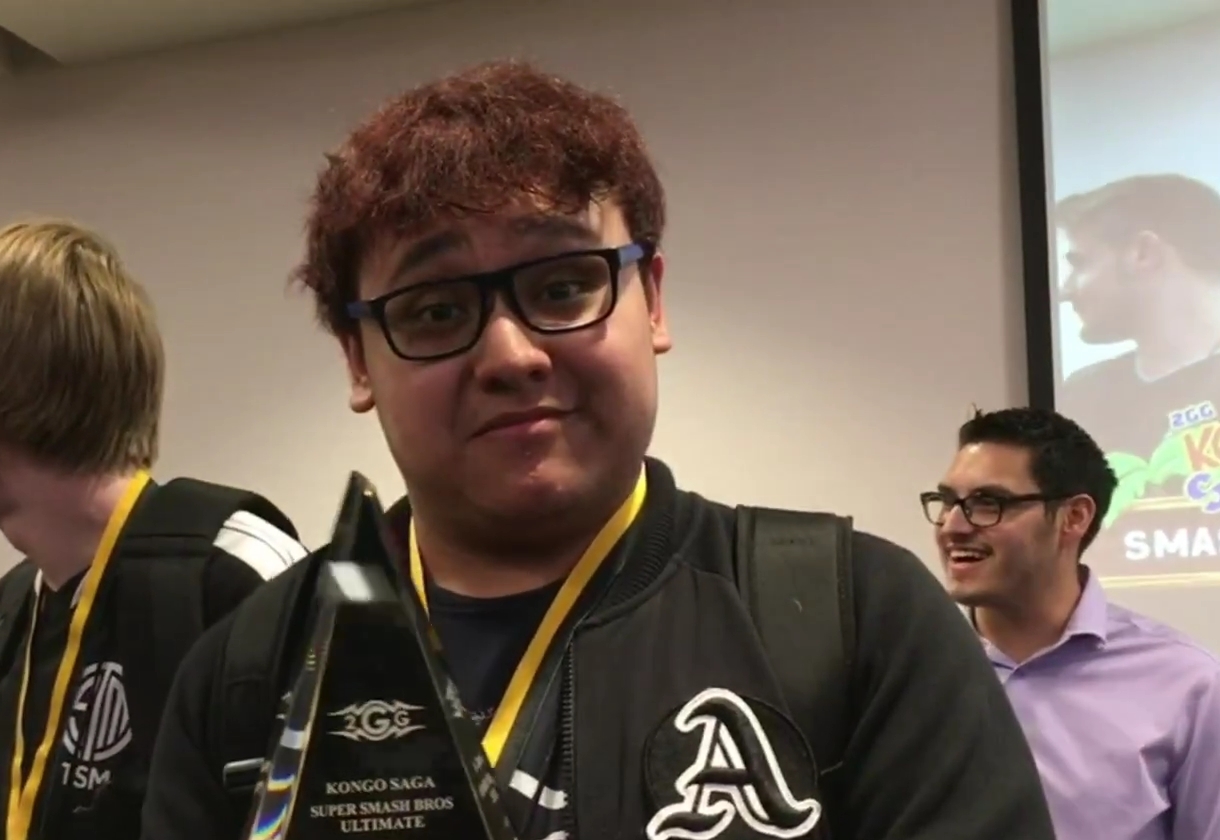 The best Super Smash Bros. Ultimate player in the world pulled off yet another stunning victory last night. Leonardo “MKLeo” Lopez closed out the 2019 season with another Major win at 2GG Kongo Saga.

And in typical Leo fashion, it had to include at least one come-from-behind victory over another top player.

There were a lot of big names missing from the Kongo Saga lineup, like Tyler “Marss” Martins and Eric “ESAM” Lew, but the event was still labeled as the last S-tier event of the year. And to make it into the top-eight on the winners side of the bracket, Leo had to beat four ranked opponents in Robert “Myran” Herrin, Shimizu “Umeki” Masaki, Tea, and Isami “T” Ikeda.

Each of those matches were full of close games, but Leo dominated them all by set count, only dropping a total of three games leading into the top cut. But on the other side of the bracket, Gavin “Tweek” Dempsey was rising to the occassion, playing his trusty Wario in most matchups.

Tweek has been in a sort of character crisis since losing to Leo at Evo 2019. He’s become less comfortable with his Pokémon Trainer following several changes in patches over the last several months. You could see just how much he’s working to find that next character when he pulled out a Joker and Wolf multiple times against top players like Tsubasa “Tsu” Takuma and Shuto “Shuton” Moriya.

This isn’t exactly new since he’s played Joker in previous tournaments, but he showed that he’s comfortable with the pick now.

That led to a showdown against arguably the best Wario player in the world, William “Glutonny” Belaid, where the pair had a ditto match. All but one game came down to the final stock, but Tweek pulled out the win to set up a winners finals clash with Leo.

The pair got off to their usual start, trading the first three games. Tweek took game one and Leo took game two before repeating the process again. Unfortunately for the Wario player, Leo still had his number. And once a single mistake was made, Leo capitalized on it.

Game two was a three-stock and even when Tweek won, it was a close game that usually came down to a single interaction, which heavily favors Leo in most scenarios. And after one last close match, Leo closed out the series with a 3-2 win.

Tweek bounced down into losers finals to play Enrique “Maister” Solís, and the Mr. Game and Watch main handily took game one once Tweek tried to pull out the Pokémon Trainer against him. With that failed warm-up attempt, Tweek swapped back to Wario and took three close games off of Maister to climb into the grand finals.

Sticking with Wario, Tweek took two convincing wins over Leo in the opening games of the finals. But both of those two-stock triumphs didn’t seal the reset. Leo fired back in game three, taking his own two-stock win before the pair dueled in two close bracket closers.

Tweek just couldn’t close out game four and a series-clinching game against the top player in the world is an uphill battle that he has yet to overcome this year. Leo ended up closing out the tournament with another 3-2 win to claim his 15th first-place finish of the year.

Kongo Saga marks the end of the 2019 competitive year for Smash Bros., leaving GENESIS 7 as the next big Smash tournament on the calendar. That event will begin on Jan. 24 and it’ll count toward the first rankings of 2020.