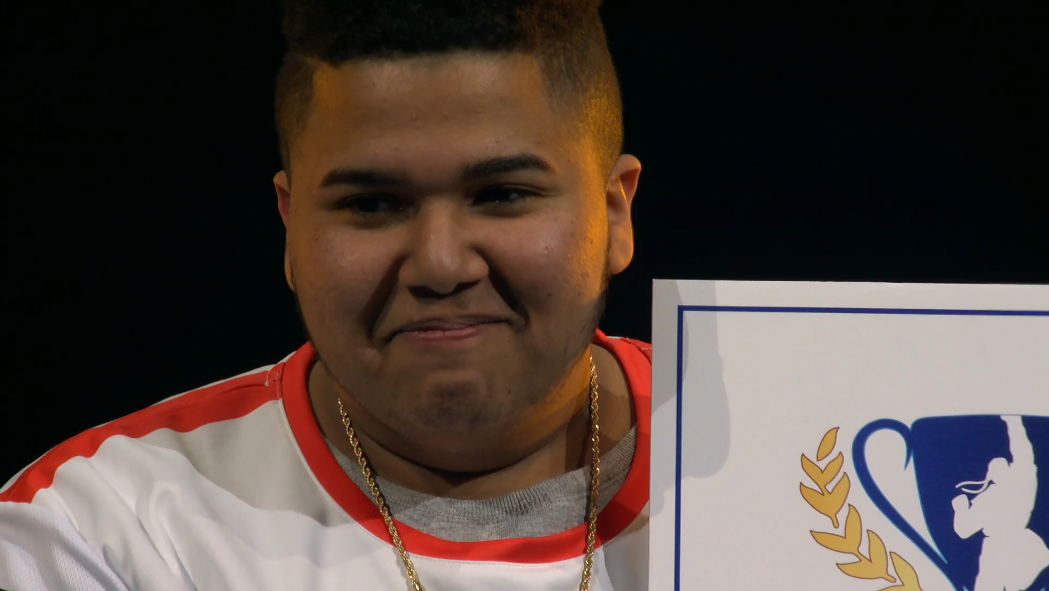 A path full of fighting game legends. The biggest stage he’s ever been on. The largest prize in fighting game history. Having to beat the reigning Street Fighter V Evo champion twice.

All of that was supposed to be too much for an 18-year-old kid from the Dominican Republic to handle. But, someone forgot to tell that to Saul “MenaRD” Mena.

MenaRD capped an incredible breakout season by winning the Capcom Cup in Anaheim, California on Sunday. MenaRD sealed the win by taking two sets off of reigning Evo champion Taniguchi “Tokido” Hajime in the grand final.

MenaRD’s reward for producing arguably the greatest moment in Dominican esports history: the title of world champion and a check for $250,000, the largest ever awarded at a fighting game tournament.

The path to the title was full of legends. On Friday, MenaRD knocked off Ho Kun Xian, Inoue “Kazunoko” Ryota, and Umehara Daigo. On Sunday he knocked off Kumada “Itabashi Zangief” Hiromiki, lost to Tokido in the winners final, rebounded to beat Nemoto “Nemo” Naoki, then defeated Tokido twice in the grand final.

Despite the accolades of his opponents, despite his young age, and despite the high stakes surrounding every match, MenaRD was never flustered. He fought off match point against Xian, pulled out a decisive game five against Daigo, and fought back from the brink of elimination against Tokido.

Tokido and his Akuma appeared to be in control of things in the grand final. He entered the final from the winners side of the bracket, meaning MenaRD had to defeat him twice to win the title. Tokido raced out to a 2-0 lead and appeared to have solved MenaRD’s Birdie, something nobody else in the field had done.

But on the biggest of stages, MenaRD played like he had been there before. He dropped just one round over the final three games of the set to win 3-2 and force a second set. Tokido won the opening game of the second set, but MenaRD shrugged it off and rattled off three straight wins to take the title.

When it was all over, MenaRD didn’t start celebrating right away. He slowly rose from his chair with an expression of disbelief on his face, as if he wasn’t sure what had just happened. Soon he found himself surrounded by—and celebrating with—several players from the Dominican Republic who had made the trip to Anaheim.

Tokido’s second place finish was worth at least $50,000, while Nemo’s incredible run—which began with a win in the last chance qualifier on Friday—earned him at least $21,500. Both prizes include a bonus based off of sales of special Capcom Pro Tour-themed DLC. The exact amounts of those bonuses were not immediately available.