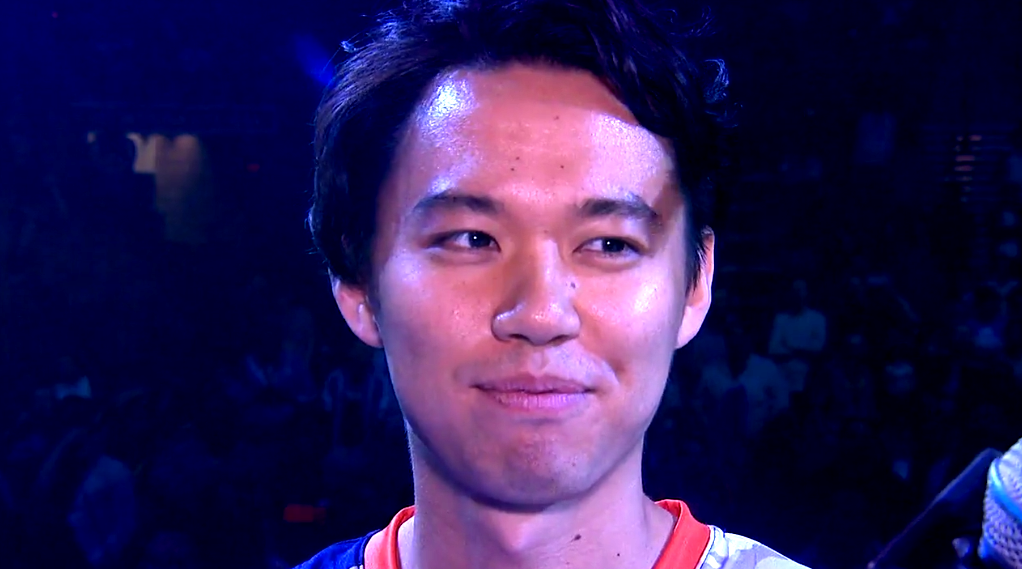 A long Evo championship drought ended on Sunday night. It just wasn’t the drought most expected.

Tokido has come painfully close to Evo glory on multiple occasions. He finished 13th last year when he was the consensus second-best player in the world, finished fifth in both 2011 and 2015, and lost in the 2013 grand final.

The odds appeared to be against him on Sunday night. Tokido began the night on the losers’ side of the bracket after a loss to Punk the night before. While Tokido fought his way through the lower bracket, Punk scored 3-0 victories over both Kumada “ItaZan” Hiromiki and Inoue “Kazunoko” Ryota. Punk reached the grand final without dropping a game all tournament.

Tokido brought that record to a screeching halt. He defeated Punk 3-1 in the first grand final set, then rode the momentum to a 3-0 win in the reset to take the title. It was enough to bring a smile to the man known as “The Murderface.”

“You guys know from my face, I’m so happy now,” said the champion.

Kazunoko and ItaZan finished in third and fourth places respectively. It was the second top-eight finish of the weekend for Kazunoko, who tied for fifth place in the Guilty Gear tournament on Saturday.

For much of the night, it appeared that a long American drought was about to come to an end. No American had won a Street Fighter IV title at Evo throughout the life of that game, and South Korea’s Lee “Infiltration” Seon-Woo took top honors in Evo’s Street Fighter V tournament last year.

This year was supposed to be different. Punk had been a world-beater all year, winning two Capcom Pro Tour Premier events as well as the ELEAGUE Street Fighter V Invitational. And he didn’t come into Sunday’s finals alone, as he was one of three American players in the eight-player field.

The pressure of a nation fell on Punk’s shoulders, and the 18-year-old did something in the grand final that he hadn’t done all year—he looked human.

Still, his second place finish was enough to earn over $15,000 and hold on to his spot atop the Capcom Pro Tour leaderboard. He has all but assured a spot in the Capcom Cup, the Pro Tour’s season-ending championship.