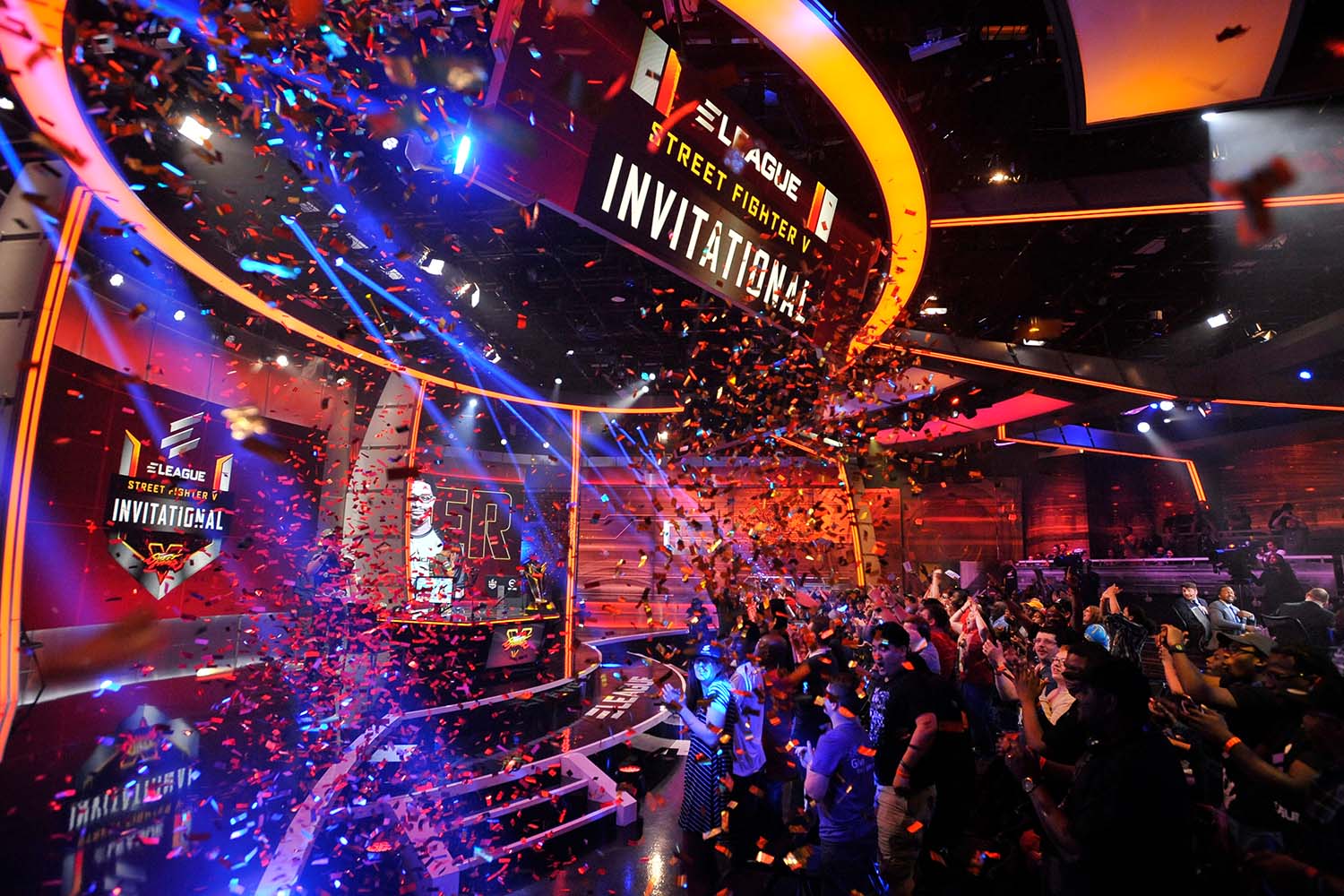 Someone will walk out of this year’s Capcom Cup with the title of World Champion. They’re also going to walk out with a very large check.

The Capcom Cup, the pinnacle of the Street Fighter V calendar, takes place at the end of every year with the biggest names in the FGC community duking it out for a share of one of the largest prize pools in the scene’s history. Players from all over the world compete to claim the last few spots in the 32-player finals.

Winning the Capcom Cup doesn’t just mean a place in history; it also means a massive payday. The winner will receive a first-place prize of at least $120,000, with additional money coming through sales of special in-game DLC.

But how does that compare to other big wins in fighting game history? The amount of money in the scene has exploded over the past few years, but there are some surprisingly early big paydays sprinkled in. Here are, as best as we can gather, the 15 biggest paydays in fighting game tournament history.

Denom “A F0xy Grampa” Jones wasn’t even supposed to be at the ELEAGUE Injustice 2 World Championship in November. F0xy needed to win a last chance qualifier to get into the 16-player field, then rode that momentum all the way to a second-place finish at the event and a $50,000 prize. It wasn’t quite the finish he wanted, but it was still a heck of a way to cap off a season.

This entry comes with a bit of an asterisk. The DirecTV-produced Championship Gaming Series was a televised competition which combined Counter-Strike: Source, FIFA 07, Project Gotham Racing 3, and Dead or Alive 4 into a single team-based contest. The Chicago Chimera won the competition’s 2007 world finals and earned the $500,000 first-place prize. Assuming that the money was split evenly, the team’s two DoA4 players, Jeremy “Black Mamba” Florence and Marjorie “Kasumi Chan” Bartell, each took home $50,000 for their contributions.

Lee “Infiltration” Seon-Woo entered July 2016 as arguably the best Street Fighter V player in the world. When Evo 2017 was over, the argument was too. Infiltration won the largest fighting game tournament in history—nearly 5,100 entrants—and walked out of Las Vegas with the largest prize in Evo history.

Umehara Daigo’s second-place performance at Capcom Cup 2015 was incredible, but it was what happened when the tournament was over that became the stuff of legends. When it was time to accept his $60,000 prize, Daigo was nowhere to be seen. Did he, like Ryu in the classic Street Fighter II ending, skip the ceremony to seek out the next challenge? He eventually did show up to claim his prize money, all of which he would later donate to the Evo scholarship fund.

Dominique “SonicFox” McLean cemented his place as the king of Mortal Kombat X by winning the four biggest prizes in the game’s history. He held off Giuseppe “REO” Grosso to win Season 1 of the ESL Mortal Kombat X Pro League in July 2015.

In the third season, with more prize money on the line, SonicFox knocked off A F0xy Grampa to win the Season 3 title in June 2016 and complete the three-peat. Combined with the nearly-$35,000 prize he won at Evo 2016, which came just one week after this win, SonicFox earned almost $230,000 in a span of 53 weeks. High-profile Mortal Kombat Xtournaments might have ended after this event, but SonicFox’s success didn’t end there.

Evo 2016 wasn’t Infiltration’s first big payday. He had a great time at the finals of the Street Fighter 25th Anniversary Tournament in December 2012. He qualified for the finals of both Super Street Fighter IV: AE 2012 and Street Fighter X Tekken, and he won both events. He pocketed $25,000 for his AE win and $60,000 for his SFxT victory, the latter of those two came in the form of $25,000 in cash and a customized Scion FR-S car valued at $35,000. If you see that car on the streets today, don’t expect to see the champion behind the wheel; he ended up selling the car a year after his victory.

It might be strange to think of one of the greatest fighting game players in American history as a Cinderella Story, but that’s what happened at Capcom Cup 2016. Ricki Ortiz entered the 32-player final as the No. 26 seed, but she pulled off upset after upset on her way to a second-place finish. That runner-up performance earned her somewhere in the neighborhood of $85,000, as her prize included a bonus based on sales of special Capcom Pro Tour in-game DLC. Her performance also earned her a spot in the 2017 Capcom Cup after the 2016 champion withdrew from this year’s finals for personal reasons.

Inoue “Kazunoko” Ryota became the first fighting game player to win a six-figure amount at a single event when he won the 2015 Capcom Cup title. The entire 2015 Capcom Pro Tour was Capcom’s first mega-money injection into its esports scene. $500,000 was awarded throughout the course of the 2015 tour, and Kazunoko’s $120,000 payday was more than triple the size of that of the previous year’s champion, Momochi Yusuke.

There’s that man again. SonicFox added another $120,000 to his college fund when he won the Injustice 2 Pro Series Finals in September 2017. His win secured his place in the following month’s ELEAGUE Injustice 2 World Championship, and the dominant nature of his win cemented his status as the favorite in that event. But when SonicFox fell in group play, the door was open for another rising star…

It was Ryan “Dragon” Walker who took top honors in the ELEAGUE Injustice 2 World Championship in October 2017. Despite entering the event as the game’s reigning Evo champion, Dragon was widely seen as second-favorite to SonicFox at the event. The victory certainly increased the size of Dragon’s bank account, but it also made clear that titles in NetherRealm Studios games were no longer SonicFox’s birthright.

The Injustice 2 World Championship wasn’t the first time a fighting game title was handed out on the ELEAGUE stage. Victor “Punk” Woodley earned one of the biggest paydays in Street Fighterhistory when he won the ELEAGUE Street Fighter V Invitational in May 2017. Like Dragon would do later in the year, Punk took home a whopping $150,000 for his victory. A mere six months after making his first big splash on the international Street Fighter scene, Punk was already recognized as one of the world’s best players.

Since the “modern era” of Street Fighter kicked off in 2009, no American player had won a world championship in the current Street Fighter game—until Capcom Cup 2016. Du “NuckleDu” Dang ended the American drought, and he was handsomely rewarded for doing so. NuckleDu walked out of the Capcom Cup finals finals with a check for approximately $230,000. Like the previous year, the champion was guaranteed $120,000. But like runner-up Ricki Ortiz, NuckleDu benefited from a pot bonus established through sales of in-game Capcom Pro Tour-themed DLC.