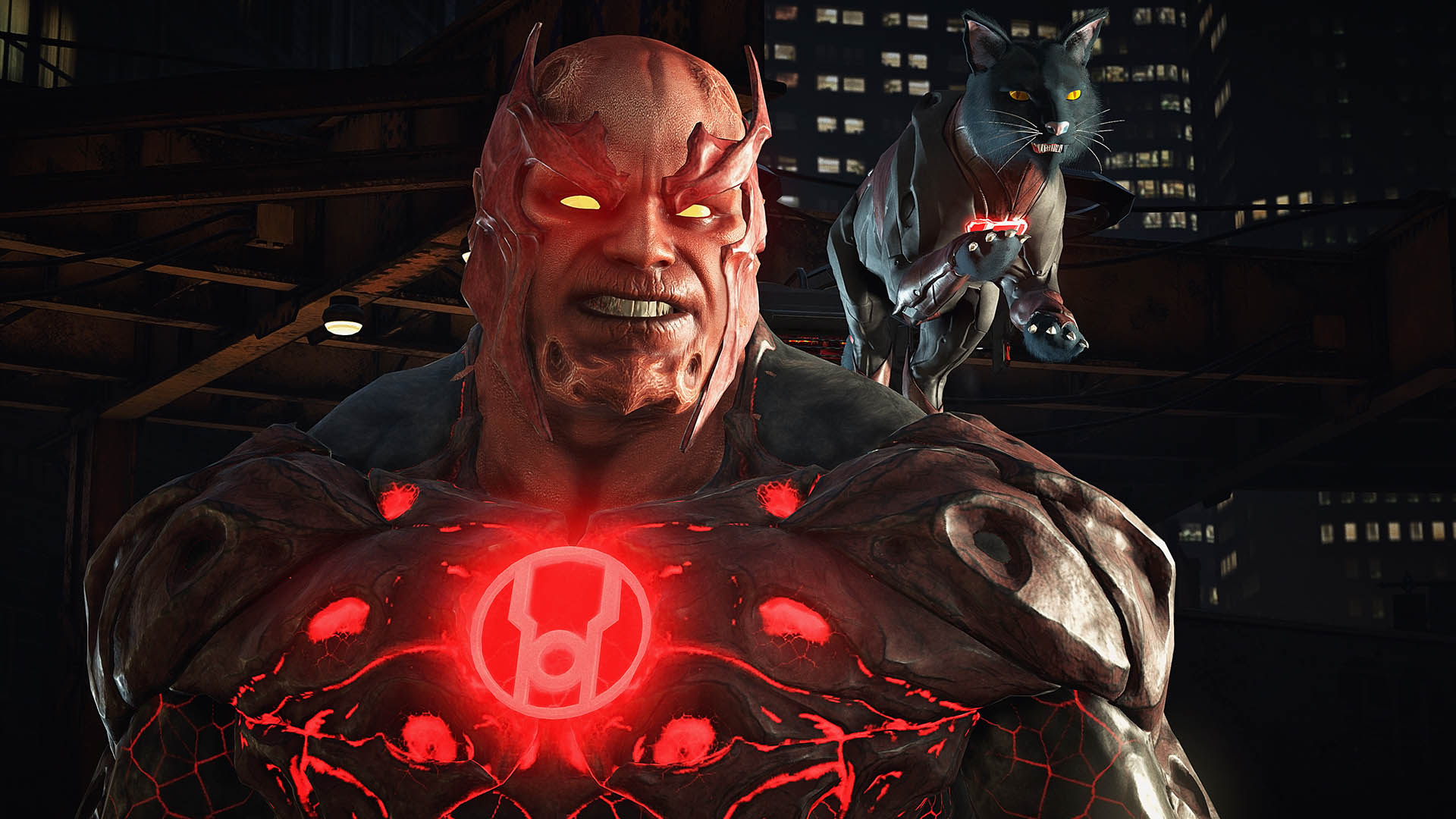 Sayed “Tekken Master” Hashem and Denom “A F0xy Grampa” Jones both know the feeling of coming oh-so-close to a world championship. On Friday, both men earned a golden opportunity to claim a world title.

Tekken Master and A F0xy Grampa took the top two spots in Group B of the ELEAGUE Injustice 2 World Championship on Friday. Both men advanced to next Friday’s four-player finals, the winner of which will take home $150,000.

Tekken Master earned his place in next week’s final by winning Group B. After beating Bruno “Killer Xinok” Sousa and Andrew “Semiij” Fontanez, he and his Batman trailed Alexandre “Hayatei” Dubé-Bilodeau 0-2 in the winners final. With his winners bracket life on the line, F0xy made the switch to Atrocitus. The move paid huge dividends as he pulled off a 3-2 comeback win.

“I feel proud of myself for all the achievement that I’ve done through the [Injustice Pro Series] finals and ELEAGUE,” Tekken Master said in an interview after his win.

A F0xy Grampa’s path to the final was much longer. He suffered an opening-round 3-1 loss to Semiij, but bounced back with wins over Killer Xinok and Jivan “Theo” Karapetian to earn a rematch with Semiij. F0xy avenged his loss with a dominant 3-0 win, then knocked off Hayatei 3-2 in the losers final to earn a trip to the finals.

Long paths are nothing new for F0xy. After an 0-2 finish at the Injustice Pro Series finals, he qualified for the ELEAGUE competition by winning a last chance qualifier last month.

Both Tekken Master and A F0xy Grampa have come close to Evo world championships in Mortal Kombat X. F0xy took the runner-up spot in 2015, while Tekken Master finished in second place the following year. Both men fell in the grand final to Dominique “SonicFox” McLean. But with SonicFox eliminated last week, both men will likely believe that this is their time to finally claim a world title.

That title won’t come easily. Tekken Master will open next Friday’s finals against Christian “ForeverKing” Quiles, who defeated SonicFox twice last week on his way to a second-place finish in Group A. A F0xy Grampa will square off against Group A winner and reigning Evo champion Ryan “Dragon” Walker.

Hayatei took home $4,000 for his third-place finish in the group. Semiij’s fourth-place showing earned him $3,000, as well as the title of highest-placing American player on the night.

France’s Jérémy “Happy Pow” Lamour tied for fifth place alongside Theo, but it was Theo alone who provided the highlight of the night. During his losers quarterfinal match against F0xy, with the set tied up at 1-1, Theo called a timeout. He ran offstage to grab his phone, but instead of using it to check for matchup notes, he used it to take a selfie with an Aquaman cosplayer in the crowd.

Gamestop Hometown Heroes champion Brian “Emperor Knicks” Zolotnikov and Liga Latina champion Killer Xionk tied for seventh place in the eight-player group, but neither one proved to be a pushover. Xinok’s losses came against both eventual finalists, while Knicks forced Happy Powe to a decisive fifth game in their losers bracket set.