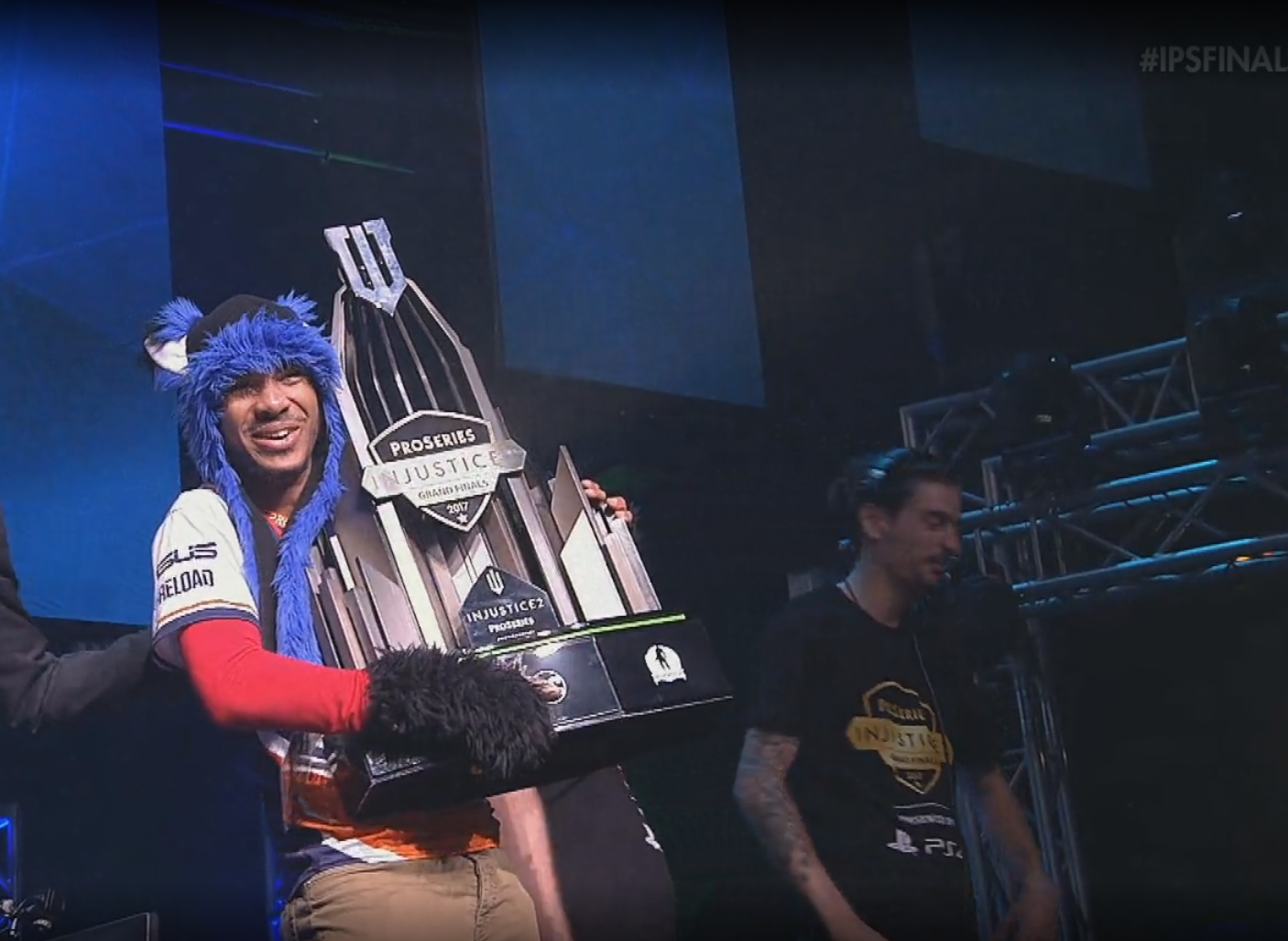 In a pre-recorded segment which aired on Sunday night, Dominique “SonicFox” McLean called himself “simply the best Injustice 2 player in the world.” After Sunday night, few would disagree.

SonicFox dominated the field to win the Injustice 2 Pro Series Grand Finals in Los Angeles on Sunday. His reward for winning the season championship was $120,000, one of the largest prizes in fighting game history.

The tournament was arguably the highest-profile event in history for any NetherRealm Studios (NRS) game, which includes both the Injustice and Mortal Kombat series. Not only did the event feature a $200,000 prize pool, but the final four of the 16-player tournament was aired live on ESPN2. The broadcast marked the first time that an NRS tournament reached a live television audience.

Those who watched for the first time got a quick lesson in just how dominant SonicFox has been over the second half of the season. He knocked off Andrew “Semiij” Fontanez in the winners’ final by a 3-1 margin, then defeated him 3-0 in the grand final to secure the largest payday of his life. Their winners’ final set was the only set SonicFox played on Sunday that he did not win 3-0.

SonicFox earned a bit of revenge with his wins over Semiij, who took home $40,000 for his second-place finish. The two met several times in Injustice 2 Pro Series events throughout the year, but their most notable encounter came at Evo this past July. Semiij eliminated the pre-tourney favorite in fifth place, which marked the first time that SonicFox entered an NRS game at Evo and did not win.

That loss was also the last time SonicFox lost in an Injustice 2 Pro Series event. He won all six of the IPS tournaments he entered after Evo to lock up the top seed in Sunday’s event, and his performance on Sunday was more of the same.

The event was a big payday for SonicFox, even for a player so used to big paydays. He won all three ESL Pro League season titles in Mortal Kombat X, which earned him first-place prizes of $60,000, $60,000, and $75,000. His Season 2 title was aired on television as part of the CW’s “Chasing The Cup” series.

The top eight finishers in the event all qualified for the ELEAGUE Injustice 2 World Championship. They will be joined in the $250,000 event by the top two finishers from each of the other three official Injustice leagues: North America’s GameStop Hometown Heroes, Europe’s Road To Pro, and Latin America’s Liga Latina.

The last two ELEAGUE competitors will be determined in an open qualifier on October 21.