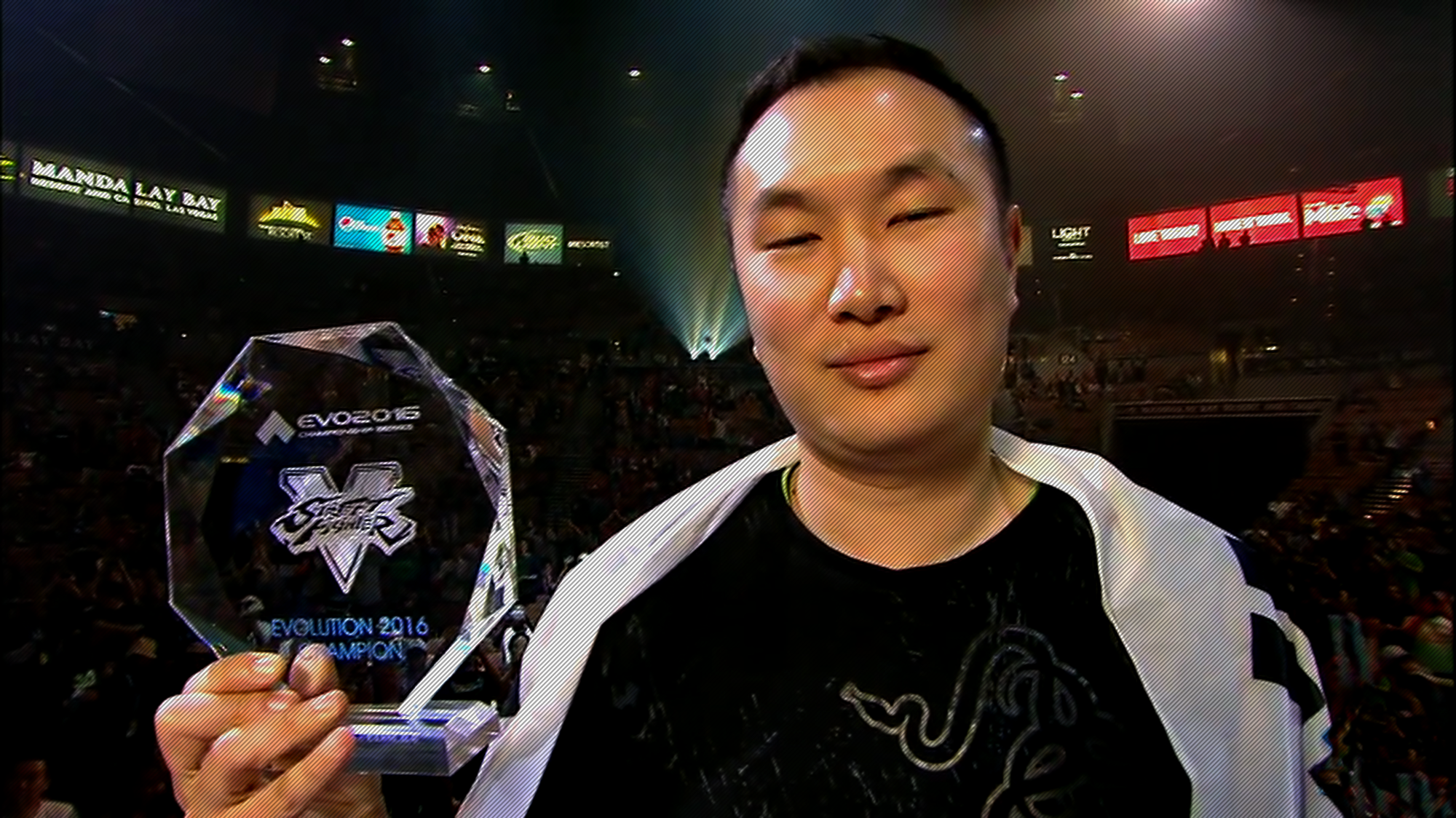 The sight of a Street Fighter tournament on ESPN2 was a brand new experience.

The sight of the man who won was all too familiar.

Lee “Infiltration” Seon-Woo of Korea came back from the losers’ side of the bracket to win the 5,100-player Street Fighter V tournament at Evo 2016 on Sunday. In addition to the coveted title, he took home a first-place prize of over $50,000, the largest prize ever awarded at an open-entry fighting game event.

Sunday’s Street Fighter V top eight session was aired live in its entirety on ESPN2, an Evo first. Ratings for the broadcast, which was helmed by Seth Killian and Mike Ross, are not expected to be released until later this week.

In another first for Evo, Infiltration’s victory took place in the Mandalay Bay Events Center in Las Vegas, marking the first time that Evo’s finals outside of a hotel ballroom. The arena, which has hosted WWE and UFC events, also hosted the finals of Mortal Kombat XL, Ultimate Marvel vs. Capcom 3, Guilty Gear Xrd Revelator, and Super Smash Bros. Melee earlier in the day.

Infiltration has now won four Evo championships, the most memorable of which was the Super Street Fighter IV: Arcade Edition ver. 2012 title he won in 2012. He also claimed victories in Street Fighter X Tekken in both 2012 and 2013, with his 2012 win coming in a two-on-two format with then-teammate An “Laugh” Chang-Wan.

Infiltration defeated Razer teammate Ai “Fuudo” Keita in the grand final. Japan’s Fuudo had previously sent Infiltration to the losers’ bracket with a back-and-forth 3-2 victory in the winners’ final, so Infiltration needed to win two first-to-three sets to claim the title. The champion did just that, scoring a pair of 3-1 victories to win the coveted trophy.

Evo was Infiltration’s third Capcom Pro Tour Premier event win of the season, with the first two coming at Final Round and NorCal Regionals. It was also Fuudo’s third second-place finish at a Premier event this year.

Since Infiltration had already earned a spot in Capcom Cup, the automatic qualification at stake at Evo disappeared. Instead, an additional berth will be awarded via the Pro Tour global leaderboard. Although Fuudo has yet to earn automatic qualification, the 512 Pro Tour points he earned this weekend propelled him into second place and all but assured his spot in Capcom Cup.

While the spotlight shined brightest on Infiltration and Fuudo, the story of Sunday’s finals was Joseph “LI Joe” Ciaramelli.

LI Joe, the only American player to reach Sunday’s finals, entered the event with just two Pro Tour points to his name. He has been a popular figure and strong player, but he had never gone on a run like the one he had this past weekend. Joe reached the last 16 of the tournament before Fuudo sent him to the losers’ bracket. That loss set up a do-or-die match against reigning Capcom Cup champion Inoue “Kazunoko” Ryota for a spot in Sunday’s finals, which Joe won in thrilling fashion.

With the pressure of a highly-partisan crowd behind him, LI Joe squared off against Thaiger Uppercut winner Nagata “Eita” Hiroyuki early in Sunday’s finals. After dropping the first game, Joe rattled off three straight games to win the set and send the crowd into a frenzy.

Joe’s dream run ended in the next round at the hands of another of the weekend’s surprises: Fujimura “Yukadon” Atsushi of Japan.

Yukadon earned a second-place finish in the only Pro Tour event he entered before Evo, but his strong performance that weekend paled in comparison to what he did at Evo. He defeated Pro Tour mainstays Taniguchi “Tokido” Hajime and Eita to reach Sunday’s finals. After he lost his opening match to Infiltration, he defeated LI Joe in a tense 3-2 affair, then beat Kishida “Go1” Goichi to reach the losers’ final, where he again lost to Infiltration to finish third.

Go1 finished in fourth place. LI Joe tied fifth with Egami “MOV” Joe. Eita tied for seventh place with Nemoto “Nemo” Naoki. Despite their strong performances this weekend, all five players will likely need to do well at other Pro Tour events to qualify for the Capcom Cup in December.

Those who do qualify for the Capcom Cup will likely be fighting for more money than expected. Earlier in the weekend, Street Fighter V producer Ono Yoshinori announced the release of special Pro Tour-themed DLC for the game, including a stage that includes background logos of various real-life Pro Tour events. A portion of the sales of the DLC will be contributed to the Capcom Cup prize pool, which currently stands at $250,000.