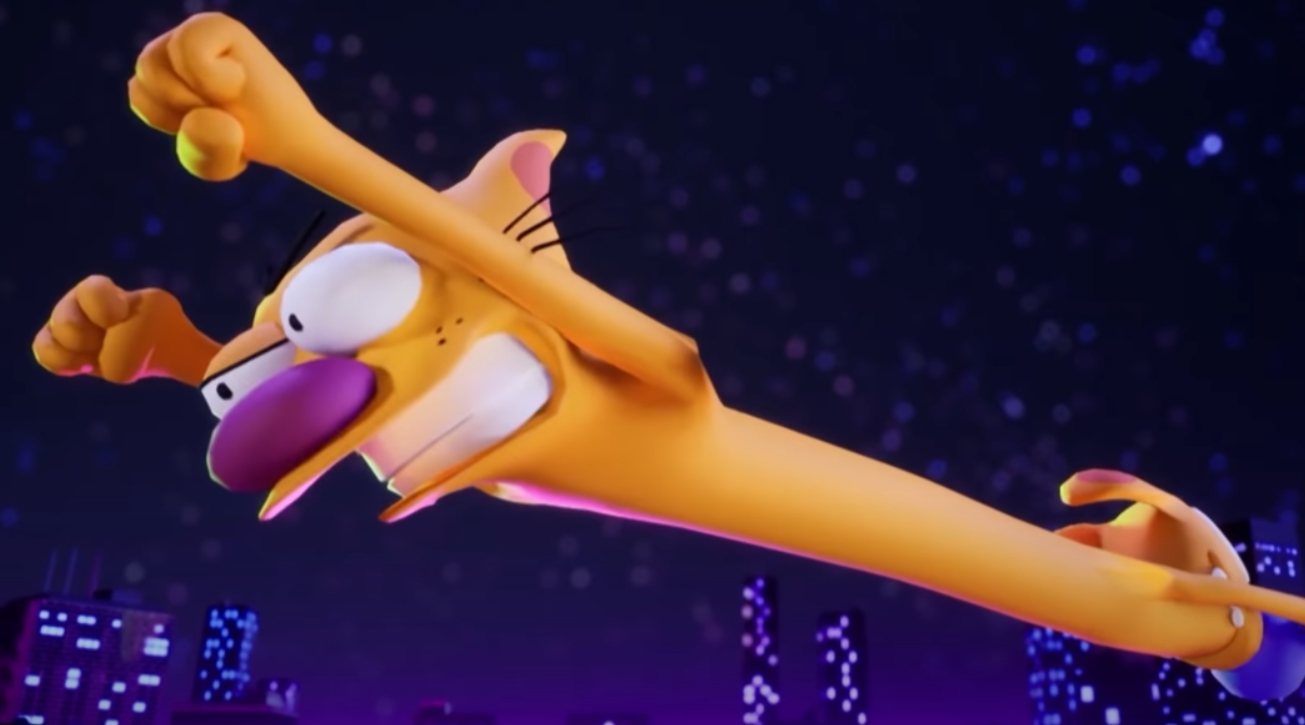 CatDog was expected after a leaked piece of box art imagery showcased several character silhouettes, including some who were not revealed at the time. The double-headed fighter looks a little odd appearing in a 3D form, but the hectic way they can attack on both ends and with wacky attacks fits right into the current lineup.

However, April was a bit of a surprise, mostly since not all of the Teenage Mutant Ninja Turtles have been confirmed for the game yet, with only Leonardo and Michelangelo currently being confirmed for the new fighting game.

This is actually the second action game that April has been confirmed for this week, having been revealed as a playable character in the retro-faithful side-scrolling beat ’em up TNMT: Shredder’s Revenge during a previous Gamescom presentation yesterday.

Since she wasn’t included among the characters leaked in the box art, if it was even fully accurate, April opens the door for dozens of other characters that players want to see added to the fighting game’s roster.

We still don’t know much about All-Star Brawl, especially considering the game is still set for a Fall 2021 release. There will likely be more than a handful of other character reveals dropping in the upcoming months, which will hopefully include more information about the game’s combat system, game modes, and release date too.