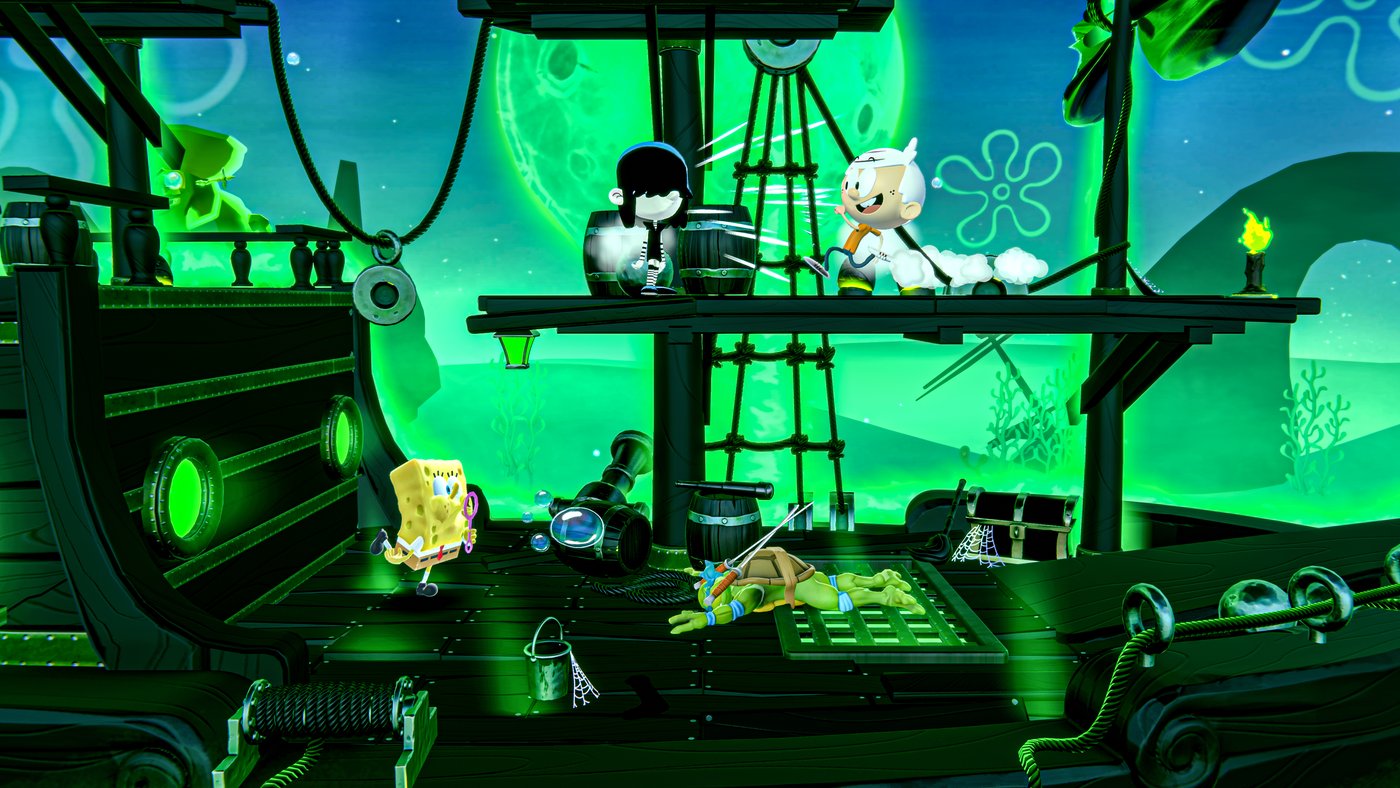 Nickelodeon All-Star Brawl, a new platform fighting game set to release later this year, has sparked endless debate and discussion since it was announced yesterday.

And with an absolutely massive catalog of shows and franchises from which to take characters, Nickelodeon All-Star Brawl has the potential to have a stacked roster. Right now, there’s only 14 characters confirmed from the game’s trailer, but there’s still plenty of room to increase the size of the game’s extensive cast of characters. Here are five potential additions that we are desperately looking to see get confirmed for Nickelodeon All-Star Brawl’s roster before the game releases this fall.

Nickelodeon All-Star Brawl has really put an emphasis on the channel’s classic cartoons with its already-confirmed characters, and there really isn’t a show that captures classic Nickelodeon quite like Rocket Power. The show served as the perfect middle ground for ‘90s kids and the children of the early 2000’s, and to this day, it’s still remembered as one of the most beloved shows the network has ever produced. Tito Makani, who owned the prominent Shore Shack restaurant in the show and served as a general father figure to many of its characters (and its viewers too, really), would fit right in as one of the most welcome characters on the Nick All-Star Brawl roster. If nothing else, seeing one of the most recognizable and well-loved characters from childhood T.V. return to prominence in some capacity would be fun to see.

Something about the idea of flying around as a huge ghost pirate just has an appeal that other fighting games can’t sate quite like Nickelodeon All-Star Brawl. The Flying Dutchman is an iconic character from the Spongebob franchise, and would naturally slide in alongside the three already-confirmed characters from the show: Sandy Cheeks, Spongebob, and Patrick. Plus, the prospect of some of his potential mechanics, such as those including other ghost pirates or his easily-recognizable green ship, could be seriously intriguing.

In video games, playing as the hero is the default option. Fighting games, however, embrace villains like no other genre can. Whether it’s Bowser in Smash Bros. or Kazuya in Tekken, fighting games always allow room for classic antagonists to shine. And frankly, there’s no greater villain in the history of Nickelodeon than Azula from Avatar: The Last Airbender. The deranged Princess of the Fire Nation has the potential to be a lightning bolt-slinging wonder girl in Nickelodeon All-Star Brawl, and honestly, there’s nothing more intriguing than the idea of decimating your opponents with the most elite form of firebending.

Imagine a world where Doug Dimmadome, owner of the Dimmsdale Dimmadome, throws his 10-foot tall hat at an opponent like Kung Lao from Mortal Kombat. That world can be a reality in Nickelodeon All-Star Brawl. Currently, the game features zero characters from the Fairly OddParents franchise, and while some of the show’s more prominent names such as Timmy Turner, Cosmo, and Wanda would all make suitable additions to the game’s roster, a purely unique goofball of a character like Doug Dimmadome, who is loved by fans, would be an awesome playable character.

Try and tell us that Hugh Neutron wouldn’t be an absolute stone cold killer in a fighting game setting. Remember that episode of Jimmy Neutron when Retroville was completely frozen over and Hugh’s first instinct was to hunt for caribou in order to survive? Moments like those make it safe to say that Hugh Neutron has that “X Factor” that’s needed in order to be taken seriously in a fighting game.