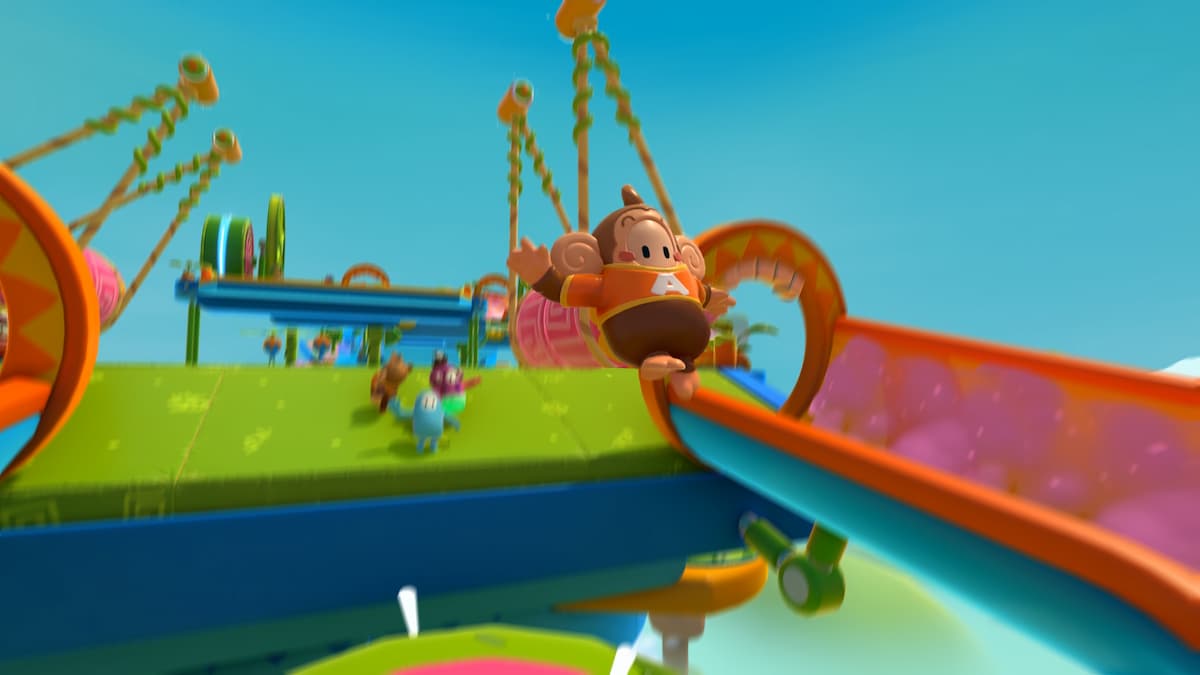 Image via Sega and Mediatonic

The main monkey, AiAi, will be making a bean-shaped appearance starting on Sept. 30 as part of the Super Monkey Ball 20th anniversary celebration.

On top of promoting the release of Super Monkey Ball Banana Mania on Oct. 5, this crossover also fits Fall Guy’s jungle-themed season five. This season has included multiple original costumes, games, and even a separate crossover with Disney’s The Jungle Book.

This also isn’t the first time Sega has released content for Fall Guys. A Sonic the Hedgehog-themed costume was added to the game last October.

AiAi will be available for 10 Crowns for a limited time in the in-game shop on PC and PlayStation on Sept. 30. Super Monkey Ball Banana Mania will launch on Nintendo Switch, PS4 and PS5, Xbox One and Xbox Series X/S, and PC via Steam on Oct. 5.

Fall Guys season five, “Jungle Adventure,” has been running since July and will end on Nov. 16.