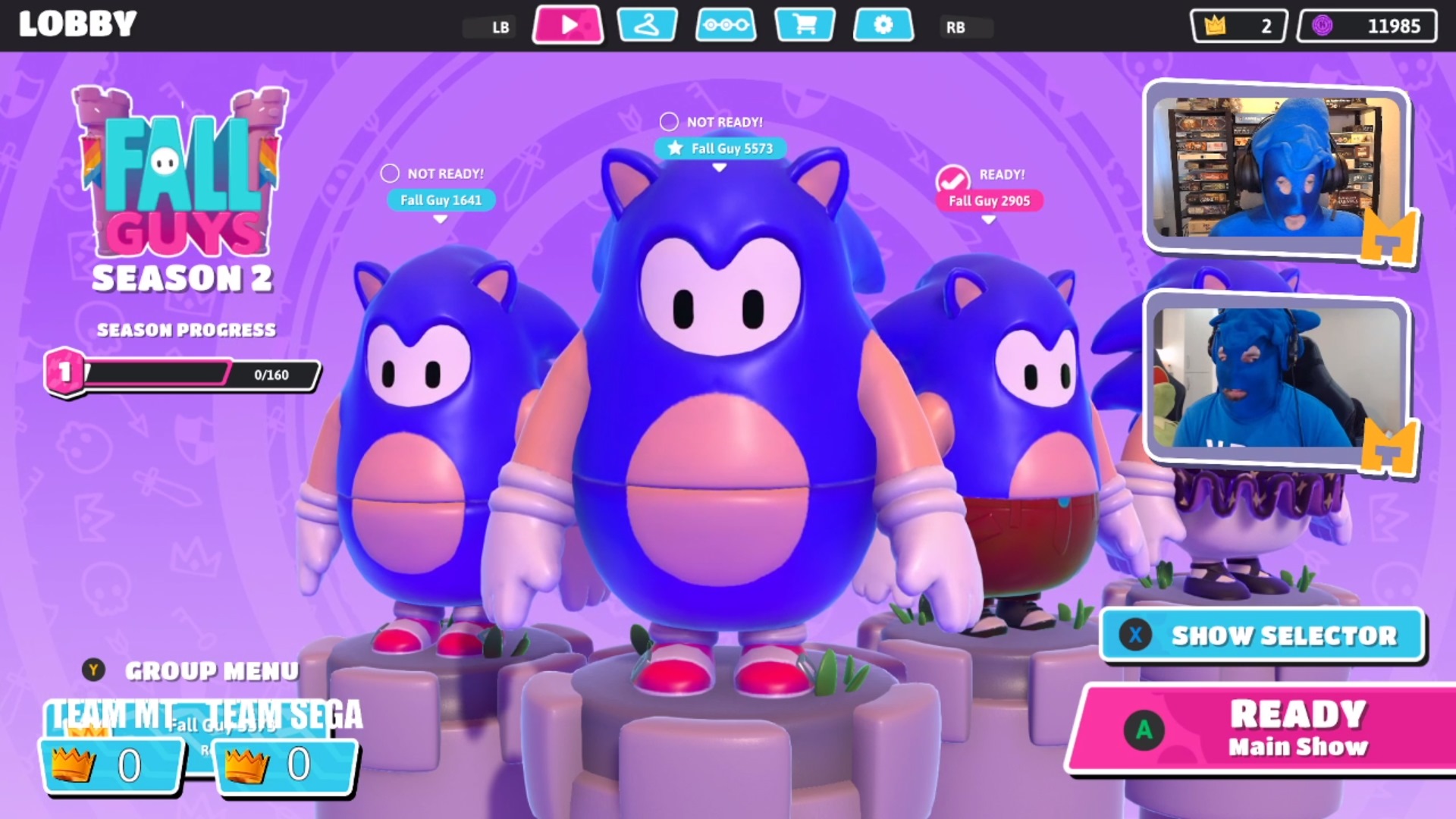 Sonic the Hedgehog is coming to Fall Guys as a costume in the store, Mediatonic announced today.

During a livestream featuring Mediatonic devs and representatives from Sega, the developer revealed what the Sonic costume looks like. And it’s exactly what you’d expect.

Fall Guys has had several crossover costumes since it released in August, including ones from Half-Life, Portal, My Friend Pedro, Gris, Hotline Miami, and more. And you can bet that there are even more on the way.

Season two of Fall Guys began last week, featuring new levels, a new season pass, and new costumes all with a medieval theme. Sonic doesn’t quite fit the medieval theme of the other new looks in the game, but he’s timeless.

The Sonic costume will be live in the Fall Guys store this Wednesday, Oct. 14. Each piece of the costume, the top and bottom, will be sold for five crowns apiece, so 10 total crowns will be needed to look like the blue Sega mascot.

Fall Guys is available now on PC and PS4.