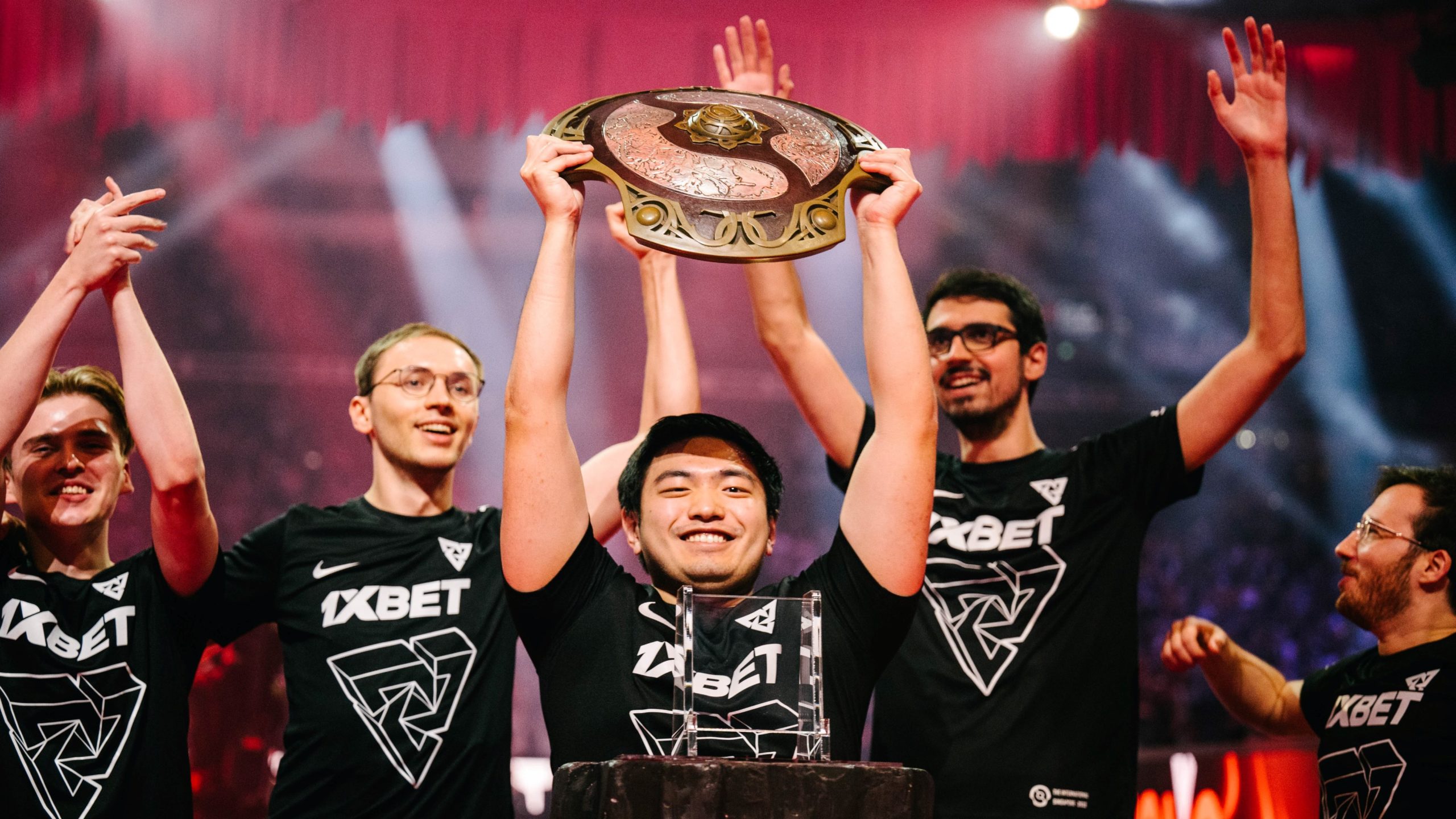 Heading into the final days of The International 2022, Puppey called Tundra Esports a bunch of cheaters due to how easily they have been able to break Dota 2 wide open over the last month. Whatever cheat codes Team Secret’s captain was referring to worked far too well, as Tundra completely rolled through everyone to win it all.

With a 3-0 sweep of Secret that made it look like they were playing a different game with how they were thinking, drafting, and executing at the highest level—Tundra lifted the Aegis of Champions and immortalized five new names. Though while it was all five players’ first TI win, they were by no means lacking in experience on that stage.

Sneyking and Aui_2000 led Tundra to victory on the back of their hard work and preparation, as both players made history.

For Sneyking, he moved to position five earlier this year when the team brought on Saksa and opened an entirely new style of play for the team with how he handled the role of captain. Not only that, but Tundra was his 24th team since entering the scene in 2012, making it the most roster moves a player has gone through before winning a TI.

Meanwhile, Aui brought his unique approach to the game and experience as a TI-winning captain from back when he helped Evil Geniuses lift North America’s only title back at TI5. He is now the first person to have ever won a TI as both a player and a coach.

Throughout this run, Tundra looked nothing less than dominant from start to finish. From a 14-4 record to top the Group Stage to an undefeated run through the upper bracket, no one really came close to toppling the team many pros labeled as the roster to beat.

Secret spent the entire grand finals trying to crack an uncrackable code—and they were the team with the most experience against them.

With how Tundra plays the game, there was no way Secret could lock their opponents out of enough heroes to make them feel like they were on the back foot.

Game one was an absolute stomp thanks to Nine’s Tusk and skiter’s Naga Siren, while Nine’s Arc Warden threw Secret off in game two and helped Tundra win the closest of the three games. It just looked like no matter what Secret did, Tundra had heroes that they could fall back on and play with ease.

As Aui said in the postgame interview, Tundra put in so much work ahead of TI that once they actually started playing in the tournament it felt like all of the hard stuff was already out of the way and the team could focus on playing their style and having fun with it.

That was best exemplified in game three when Tundra last-picked Medusa for skiter purely because he had pulled a TI11 Crimson Witness item for the hero live on stage. The hero had only been picked three other times during TI, skiter hadn’t played a pro game on it in over five months, and it still ended up playing a massive role in punishing Secret when the team made some late-game mistakes.

Tundra’s 3-0 sweep to end it all was only the second in TI grand finals history, and the first since Team Liquid did it at TI7. They ended TI11 with only five total map losses and not a series dropped, giving them an 82.1 percent win rate and putting them tied for the fourth-highest win rate in TI history.

After this, we may just enter an era of positionless Dota as more teams look to take elements of Tundra’s approach heading into the next Dota Pro Circuit. As Nine told the entire Dota community after lifting the Aegis: “Get Good.”

Despite how strong they looked throughout the event, Secret did enter this matchup as an underdog and bowed out in second place after having made it to the grand finals from the Last Chance Qualifier. Puppey has now reached the summit of his placement pattern after improving from 13th at TI6 to second now.

If that is anything to go by, the final TI all-timer will return at TI12 with the Aegis calling his name to complete the cycle.