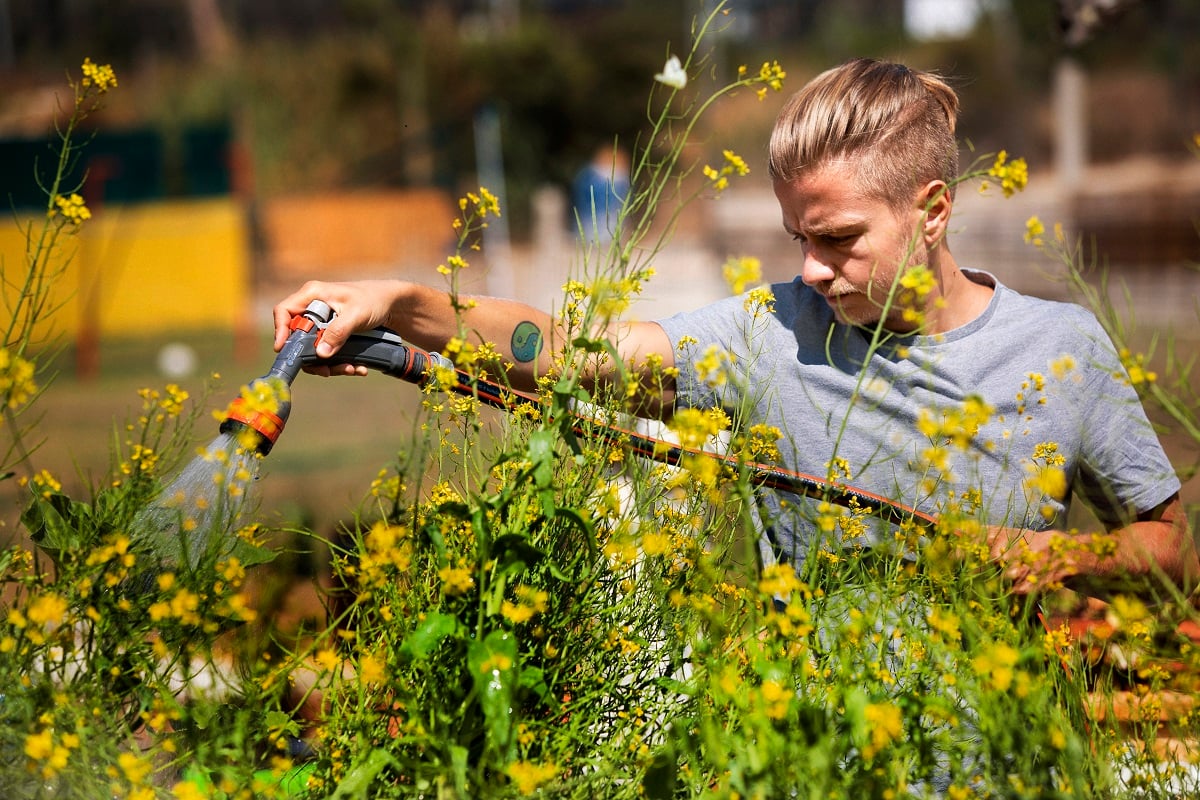 It’s that time of the year again for Dota 2 fans—a time when the International 2022 ignites the competitive spirit of both active and retired players around the world. But that wasn’t quite the case for two-time TI winner Johan “n0tail” Sundstein as he enjoyed his morning in Lisbon, Portugal.

N0tail took an extended break from competitive Dota 2 after TI10 last November, though he has since stayed around to mentor the new OG roster who has quickly risen to prominence in their own right. Almost a year passed with his absence from the active competitive scene, and considering most Dota 2 players find it difficult to stay retired, the ones who remain away from the game, especially those of n0tail’s caliber, tend to draw attention.

For the first time in nine years, instead of preparing for TI, n0tail has been busy renovating a new gaming room with the help of Red Bull. Dot Esports was invited for an interview to view n0tail’s new lair and spoke with the former OG captain about the gaming fortress, his break from Dota 2, and the current state of the game.

Plants seem to occupy a large area in the room. Do you attend to and water them yourself?

N0tail: If I’m in the house, yes. But I finally got an irrigation setup which will keep the plants well-watered when I’m away. Picking the plants has been a challenge since some require more water than others, so we had to find ones that would be on the same page in terms of automatic irrigation.

What was your inspiration for the room’s bungalow concept?

You eventually find some things in life that you like and I’m just exploring the aspect of building a home. This means having homey things like plants, cool colors on the wall, the sunlight aspect, they all become a consideration. This was something that I had to try for myself, but the room and the house in general has been an opportunity for my ideas to come to life.

I’ve been doing things like looking for door frames, woodwork, sealing, inspecting for mold, basically stuff that I never thought about before.

You’ve stated that you are looking to stream more and return to your roots in terms of gaming in this room. There’s a trophy display in one of the corners, but wouldn’t that make you nostalgic and miss the competitive side of gaming, especially while watching Dota 2?

Watching Dota has been kind of funny now. It’s been strange but in a good way. I don’t feel like I miss it terribly, and I wouldn’t change anything about it. Tuning into the games at home feels like a part of the next chapter and what I’ve been working toward for a long time.

I get to experience these events from a place I built with friends I made, and a group we worked with.

You’ve been the most consistent when it comes to staying on a break/retired. With JerAx, ana, Topson, and Ceb returning to competitive Dota 2 in various capacities, has there been a moment yet where that instinct kicked in and you thought “I need to get back on stage”?

There hasn’t been anything like that, but there have been instances where I might have needed to play due to visa issues and young players not being able to make it to events. Due to events out of our control, Ceb stood in for Misha in Stockholm, and I was also ready to play in case of any emergencies.

I was ready to play If I had to, but I didn’t really want to yet. I’m still enticing the idea of doing an old but gold run at some point, but I haven’t been summoned by the Dota gods just yet. [I’m] quite happy to be a spectator at the moment.

I’ve been enjoying watching the new OG play and knowing they’re going through the same that we’ve gone through. They also get to skip forward the process a little because of our experience in OG, but there are some aspects that you can’t pass and need to learn yourself.

What is your favorite part about retirement?

My favorite part of my break is having time for other things. It’s been so much fun getting new experiences and developing new habits. I’ve learned a lot about myself and had the time to really focus on my personal well-being. My least favorite part is not seeing the team anymore. They are still to this day such an important part of my life and it’s tough not seeing them every day.

The new OG only took several months to find success, while a typical rebuilding process can take years. What was the core thought process you and the OG management had while putting together this team?

The first piece after Misha was the hardest to get in there. We added Taiga to the roster and, after that, the project became more enticing. A lot of veterans and accomplished players were still not interested in joining OG, but to be honest, we wouldn’t be excited about anyone unless they were super hyped to join the team.

Most accomplished players wanted to play with certain players and on their terms, but it may not be the right approach to Dota 2 right now. This is a team game, and if you think you’re better than someone in a team, it’s just not gonna work.

The current OG Dota 2 has a decent mix of experience and youth. How emotional was it for you to see the young guns win the Stockholm Major?

I think that the new team could be the best division two team without any OG help in terms of raw talent. But what makes the difference for me is how they became the best team in Europe in months. It’s that professionalism that we spent years working on, and they continue to build on that. OG isn’t a book with an ending, it’s an open-ended book.

I felt good when OG won the Stockholm Major, slightly emotional but not to the point I couldn’t hold it. Did we know that things were going to unfold like this? No. But everything started with Misha and we just went from there. We knew that the dynamic was going to build itself through him. It’s a different OG, but it still has the old OG in it.

From a spectator’s standpoint, the new OG squad resembles the earliest version of the former OG, Monkey Business. How is the overall team atmosphere?

Overall, there’s nothing more than love in the team. People listen, try, and everybody’s heard. It’s a great and self-functioning machine. There are times when we teach them, but they’re showing us new things too. They’re being themselves, they aren’t trying to be somebody else. The team is picking their own heroes and playing its own Dota.

From the get-go, we aimed that this project would require none of our time, so we want them not to rely on us. They did all the work and won without us. Even if me and Ceb don’t show up for the next weeks for this TI, these guys would still do what they would do.

After countless battles during the year, OG made it to TI, but unluckily, this TI will feature the smallest prize pool for the event in recent years. How do you view the current state of the competitive scene in Dota 2 and the battle pass?

Valve is one of the most professional companies in the industry in regard to many things. From the outside, they’re very professional, they organize amazing events, and have excellent artists/developers.

In general, there isn’t much drama. If there is, it comes from how other communications are being handled. It’s also a matter of perspective, though. Like you said, the prize pool is only significantly lower compared to recent years. These things are noticeable. But if you compare things to where we were in esports years ago, it would be a different story.

From how the battle pass is handled to how little the teams are involved in the esports scene, I think it would be nice to find a harmonious relationship with all parties. Like we, the players, are playing Valve’s game and we can make money for them by doing a good job, and we’re only here because they have the game. We can’t exist without Valve and Dota, but Valve can exist without us.

It’s their game and they choose how they do things. We shouldn’t forget that people who rely on Dota will do anything for it. I wish we had a more symbiotic relationship instead of this one where we exist and they also exist. It would be awesome to build a scene together.

There have been doubts about whether IceFrog is still involved in Dota 2 patches. Would it be a decent idea to involve professional players in development, especially balance patches in his potential absence?

It’s a dangerous situation since you’ll have two different competitive players with varying opinions on the game. Who are they supposed to listen to?

I don’t know for sure, but I have a feeling that IceFrog hasn’t been working on the game for a while now. Dota has been great because he’s been able to make the game exciting and fresh. When a patch hit, you would always know the game would feel fresh and new again.

This has been lacking for the last one or two years, gameplay-wise. Valve’s strong point has been making a great product. Apart from a few exceptions, they’re known for making good products, and if there’s anyone who would fix this situation, it would be Valve.