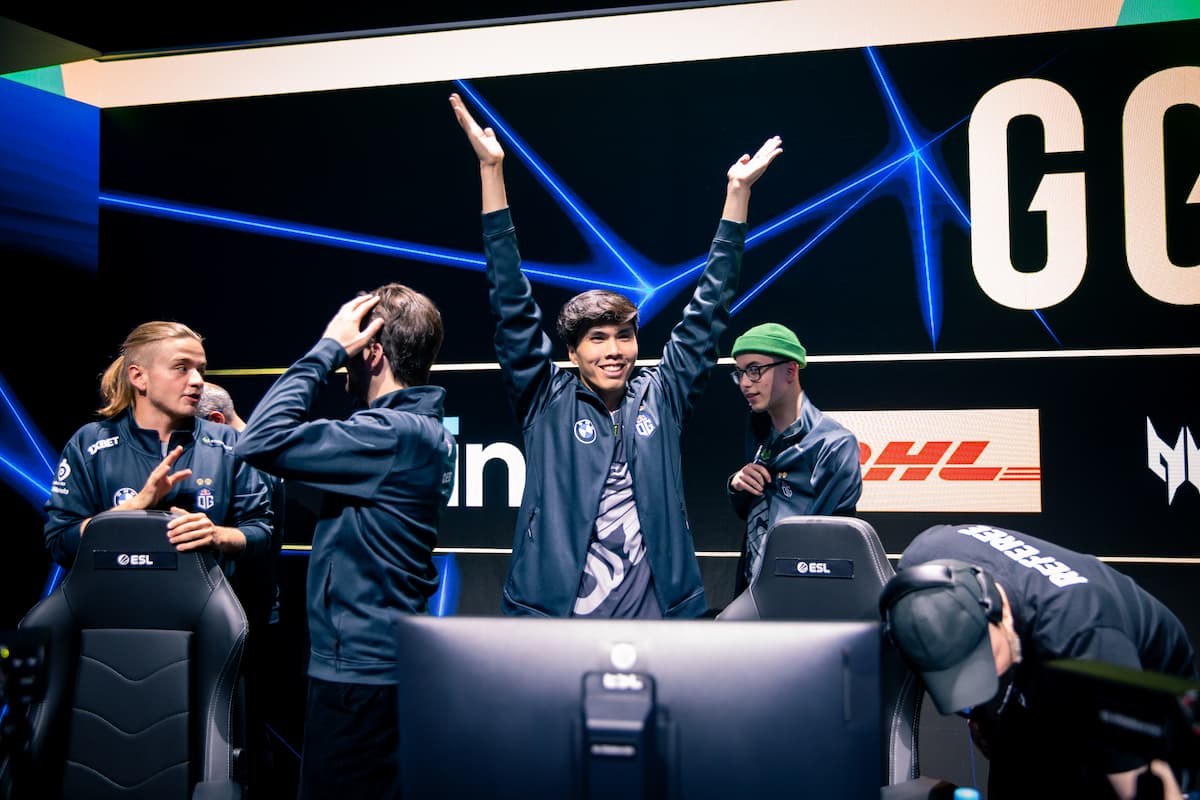 From a first-round loss to a fifth Major title for the organization, OG fought through nearly every top team to win the 2022 Dota Pro Circuit Stockholm Major with a 3-1 victory over TSM today.

Not only did they have to run the lower bracket gauntlet after losing to TSM at the start of the playoffs, but they also had to overcome a big game one loss in the grand finals to set up their eventual reverse sweep.

Ahead of the event, OG had to call Ceb out of retirement to take an active spot on the team as a stand-in once it became clear their current captain Misha and coach Evgenii “Chuvash” Makarov would be unable to attend due to travel issues. Along with him, N0tail stepped in to coach the younger roster as a majority of them made their debut at a LAN event.

Following a quick 2-0 sweep of Western European rival Tundra Esports, OG may have stepped onto the main stage a little too confident in themselves. After losing game one, however, they quickly showed why they deserve to be that confident.

Game two saw TSM try to completely shut down ATF’s options, focusing down his hero pool in bans. However, that didn’t stop him from stunting on the North American team by busting out his Night Stalker while bzm and Yuragi on Storm Spirit and Monkey King took care of the rest. Ceb had 26 assists on his signature Windranger, which would grow to 54 across three games on the hero in the finals.

After that loss, TSM found their footing early in game three, but whenever OG turned up to a fight, they played to their numbers rather than their individual strengths—outside of ATF stepping up every few minutes to make a play. That, combined with great positioning and vision, led to constant advantages that would eventually open the door for key kills on TSM’s deadly cores.

OG rolled into game four with the same objective of building an early lead and keeping it through constant movement and map control. It also didn’t help that ATF was essentially unkillable 15 minutes in on Mars. This led to him spearheading every interaction and forcing TSM to avoid him or risk being killed, even though that tactic didn’t stop him from taking down TSM regardless. In total, OG secured 37 kills compared to TSM’s four in that last game.

In the end, OG completed their run hoisting the organization’s fifth Dota 2 Major trophy, tying with Team Secret and Virtus.pro for the most all-time. This was also Ceb’s first Major victory after competing since across regions since 2011, and he is also the first to do it as a substitute.

“Life is so weird. I was just sitting at home, doing normal things and playing some pubs too and now I am here,” Ceb said. “It doesn’t feel real. What can I say they [his teammates] are awesome. I got carried.”

To do so, however, they had to beat TSM captain and former OG player Moonmeander. He helped OG win their first Major at the Frankfurt Major 2015, and was on the receiving end the fifth time around, which also marks the fourth time in a row that a North American team made it to a Major’s grand finals and fell just short of bringing the region its first title.

Both teams have essentially guaranteed an appearance at The International 2022, which will be held in Singapore this October, and they enter the final leg of this DPC season as favorites to reappear and contend at the Arlington Major in August.