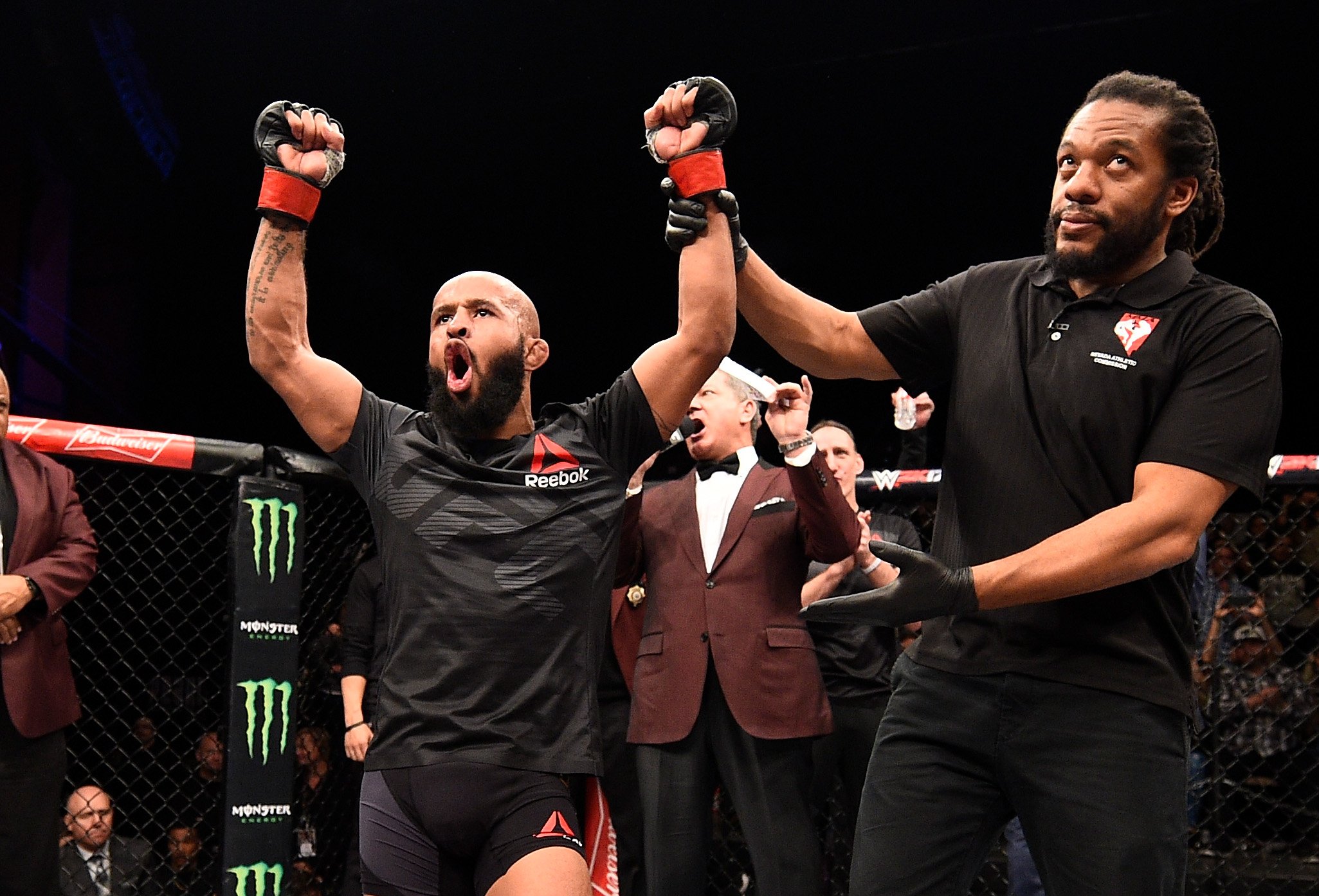 Demetrious “Mighty Mouse” Johnson has a nickname worthy of esports. Which is good, because it turns out the number one pound for pound fighter in the world is a fan.

In between defending the UFC flyweight championship, something he has done a near-record nine times, Johnson chills out the way he always has—playing video games. But now he does that while streaming to an audience of over 82,000 fans on Twitch.

Gaming and online broadcasting has become a massive part of Johnson’s career. We spoke to the champ about gaming, esports, and how his two passions have aligned to make him one of the most unique and engaging athletes on the planet.

Obviously we will mostly be talking about gaming, but were you happy with how things went for you inside the octagon last year?

Hell yeah. I had an injury to overcome and got two fights in. Two wins, one finish and one pretty decisive war against Tim Elliot, so I’m pretty happy about that.

Your fighting career and gaming passion have intersected before. In the past you were the only combat sports athlete sponsored by Xbox. How did that come about?

It came about because of my gaming connection, and Microsoft were very passionate about getting behind athletes and Seattle, which is where the Xbox was originally created. I’m a huge game player, so the two brand just merged so well. I know people who worked at Microsoft at the time. It wasn’t revolutionizing sports, but it was the first time they ever sponsored a fighter, and the first time ever the UFC was going to be streaming live on Facebook. That was pretty much the first livestream for the UFC. They don’t do Facebook anymore, now we have UFC Fight Pass.

Obviously I fit the brand really well but especially with Xbox, I was passionate about video games before Xbox was around. Back when it was Nintendo, Sega Genesis, Dreamcast, I was in love with that stuff. I played a lot while doing sports. So when the UFC was going to merge with that and doing Facebook live streaming, Xbox saw that as an opportunity to get their name out in the sport of mixed martial arts.

What games and teams are you following in the esports world?

The biggest ones that everyone follows, League of Legends, Dota 2, CS:GO. But I really like to watch the fighting game events, like Evo. Razer have an esports team, Red Bull have an esports team, but the one I really like to follow is Infiltration who plays for Razer, he uses Nash on Street Fighter V. I know I watched Northern Gaming in the World of Warcraft tournaments, but that stuff gets too stressful man! You about to kill a guy and next thing you know he gets healed all the way and I’m like “fuck!” It takes forever. I’m a big WoW guy, but I do wonder why I play it sometimes. I love the game but when it comes to streaming, it’s not the most entertaining game to watch on the stream unless you’re really really into it. But I love WoW.

I watched Echo Fox compete at the H1Z1 Invitational, I competed against them. So if there’s a game I like, I’ll see if there’s an esports scene and see if there’s a player I like. But the one that really sticks out to me is Infiltration.

Have you ever made it to an esports event in person?

I have not. The only event I’ve ever went to was the H1Z1 Invitational when Echo Fox were playing, but I was in it.

We’ll see which ones are going on, I know TwitchCon has already been announced and I’m probably going to go to that. H1Z1 is probably going to have an Invitational there. I’m sure Echo Fox will be involved there. I know they have the Dota 2 event at the Key Arena in Seattle.

Right now, traditional sports figures are lining up to get involved in esports. Do you see yourself turning esports from a passion into something more?

Yeah, hopefully. I’d love to sit down with them [UFC owners WME-IMG] and see how the business side works of an esports team. I haven’t really had a chance yet. One of the Echo Fox managers used to manage [former UFC champion] Rampage Jackson, and he talked to me about potentially looking into it and seeing if I wanted to get involved. But at the same time it’s got to make good business sense for me. I don’t understand the logistics of it. You buy an esports team, what’s your return, you’re hoping that your team wins? There’s a little bit more that I need to understand.

Now being a commentator? Whatever the game, I’d absolutely love to do that.

Do you think these people from traditional sports are doing the right thing, investing in esports? Is it the next big thing that they need to be a part of?

If the people are passionate about it and follow it absolutely. It depends on what the investment opportunities are and what the payout is. It’s a little bit difficult. Guys like Rick Fox, they have other things and they’ve made millions and millions of dollars. I heard someone say an esports team costs at least $40,000 or something to get started. It all depends on the opportunities. You got to look at all of the logistics of it. It’s a cool idea and a badass thing to be apart of, but it’s got to be more than just thrown in for me. We’ll see what happens.

Is there any game that isn’t currently a major esport that you would love to see on the big stage?

Oh man. If it’s an esport, it has to be competitive. I would say Dead Space multiplayer. You would have to fight each other, and also have the necromorphs coming at you as well. Almost like a free-for-all. The one I would really love to see make it as an esport is H1Z1, but there’s just so many variables and things that don’t work out. Everybody doesn’t get a fair chance to start out, so I think it will be hard placed right now.