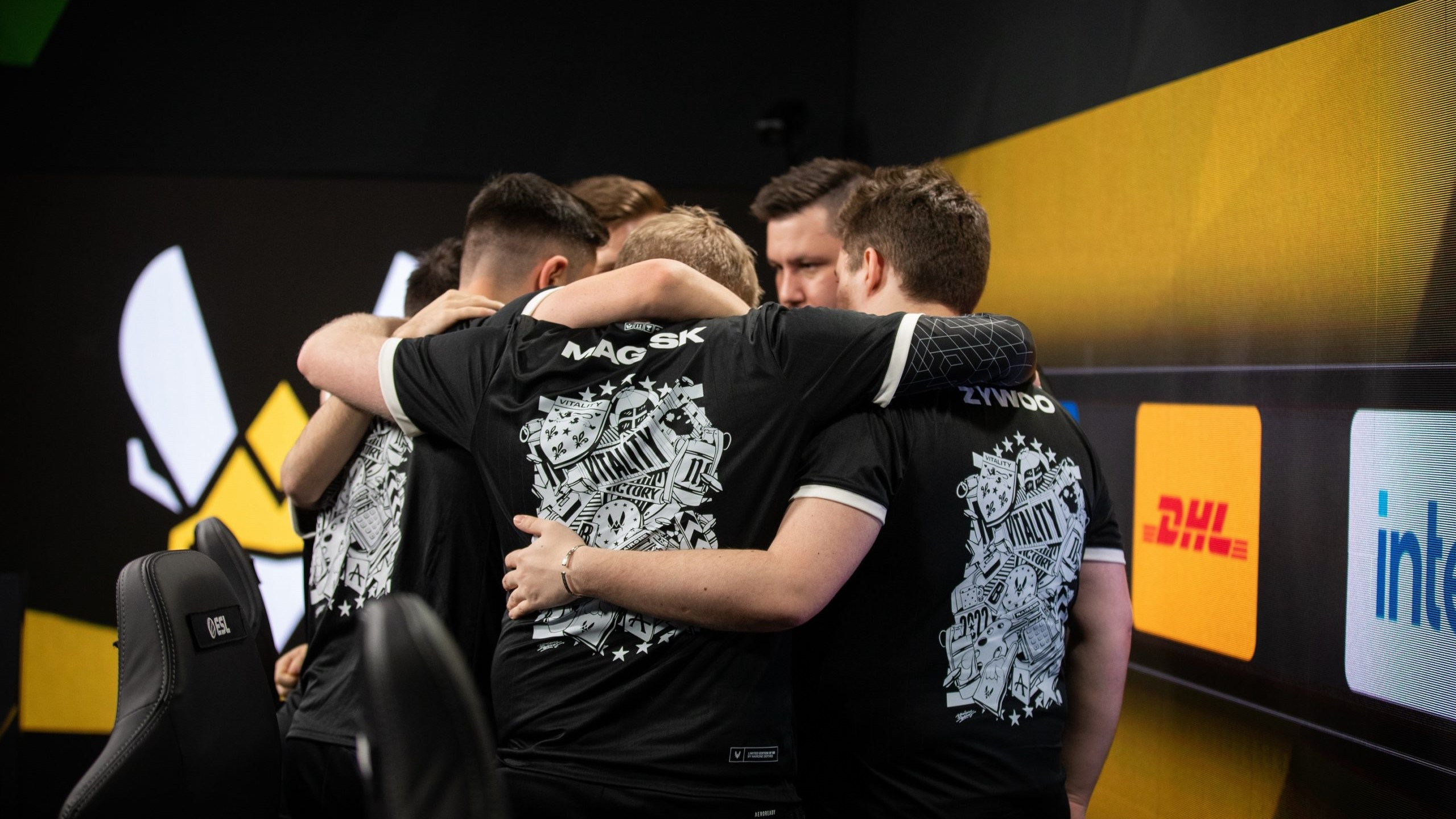 Vitality, one of the strongest contenders in ESL Pro League season 15, has fallen short in the competition’s group stage following losses to FURIA, ENCE, and FaZe, and victories against Sprout and Outsiders in Group B.

The international lineup is yet to find their groove after adding the former Astralis core of Peter “dupreeh” Rasmussen, Andreas “Xyp9x” Højsleth, and head coach Danny “zonic” Sørensen for 2022. All players, including the French players, Dan “apEX” Madesclaire, superstar Mathieu “ZywOo” Herbaut, and Kévin “misutaaa” Rabier never had to communicate in English before and fans have pointed out that communication issues and cultural differences are slowing the development of the new roster.

Vitality’s in-game leader apEX commented about their performance in ESL Pro League season 15 one day after Group B was done. “This tournament was a disaster on our side, nothing went well,” the 29-year-old said on Twitter, according to a machine translation.

“Lack of individual confidence led to this debacle. Now we have one month left until the RMR and work starts on Wednesday. Believe me, we’re going to live it to the fullest to show up the readiest we can be. There really is no issue inside the team. We just sometimes struggle to find our groove. But the atmosphere really is incredible, we get along extremely well. Now we just need to start clicking heads,” apEX said.

One of the main talking points throughout Vitality’s campaign in Pro League was ZywOo’s individual game. The back-to-back best CS:GO player in the world in 2019 and 2020 finished the tournament with a 1.10 rating, according to HLTV, but he had subpar performances in all of Vitality’s losses, including a 0.36 rating against FaZe on Dust II. These showings raised concerns on how uncomfortably the French AWPer is on the new lineup as he doesn’t have fantastic English.

Vitality will have nearly one month of preparation for the PGL Antwerp Major Europe Regional Major Ranking (RMR) tournament. They’re in RMR A alongside the likes of Natus Vincere, Heroic, Virtus Pro, and FaZe. Eight of the 16 teams will make it into the Major in May.