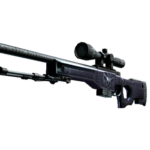 When you open up the shop menu in CS:GO, you’ll be greeted by all kinds of weapons. Although money won’t be an issue if you’ve been winning back-to-back rounds without dying, there will be times where you’ll need to be careful while spending your cash.

You’ll want to spend your money wisely to preserve your economy toward the later stages of the match. You can either go completely eco and skip purchasing a gun or purchase one of the best in the game to try and turn the tides in your favor.

Some guns simply outclass the rest of the arsenal in CS:GO. Whether it’s through dealing more damage or having a more stable recoil, you’ll be able to tell the difference between the best and the rest once you get a taste of excellency.

Due to the high price tag of the best weapons, it’s not always the best idea to keep buying them every round. There will be times that you’ll want to skip buying better weapons to build a better economy to use when you capture the momentum in a match.

Here are the best weapons in CS:GO.

The AWP is one of the most expensive weapons in CS:GO, and with good reason. It’s is the only gun that one-shots enemies through body shots. This ability means you won’t have to focus your attention on trying to land headshots, which is the most challenging place to aim in most cases.

Since it’s a sniper rifle, you’ll have a single shot to work with in intense scenarios. If there isn’t enough distance between you and the enemy, you may not be able to get the second shot off. Regardless of its drawbacks, the AWP is an excellent tool that is mostly used to secure perimeters.

Most teams thrive with an AWP player within their ranks. On the other hand, having two can be a double-edged sword, so there may also be times where you’ll need to hold off from purchasing an AWP if there’s already a player using it in your team.

Depending on the map, the T side will be under pressure to make moves around the map. After all, they’re the ones against a timer, which is stressful at times. The T side has the best assault rifle in CS:GO to cope with the stress, though. Even CT players don’t hesitate to pick it up when they see it lying on the ground, which shows how much better it’s than the CT assault rifles.

Even if your opponents have armor or a helmet, you’ll be able to one-shot them with headshots. The AK-47 has a decent fire rate and tremendous damage, but it can be relatively difficult to control at times. You’ll want to avoid spraying with an AK-47 unless you’re in a close-range situation where your enemy is only a few steps away.

When you’re playing on the CT side, the M4A4 is the closest alternative to the AK-47. Compared to the AK-47, this CT rifle is considered more versatile due to its lower recoil. Spraying with M4A4 is more manageable than the AK-47.

The M4A4 comes up short in the damage department, but once you start connecting your shots, it’s a lot easier to transition over to other enemies with M4A4. Alongside its low recoil, its high fire rate also deserves some credit. Though M4A4 is the best assault rifle on the CT side, you may still want to pick up an AK-47 if you get the chance.

If there were a stat focused on the price-to-performance ratio of CS:GO guns, the Desert Eagle would potentially top that list. It may be a pistol, but it dishes out more damage than most SMGs and assault rifles with a single shot. It can be considered as the AWP of pistols.

Like the AWP, there is a small animation after each shot, meaning the Desert Eagle isn’t one of the fastest firing pistols out there. It’s generally picked up by players with high accuracy and is mostly paired with an AWP. Though some players prefer supporting their AWP with more versatile pistols, none match the deadliness of the AWP-Desert Eagle combo.

M4A4 isn’t the only contender for the best assault rifle on the CT side. M4A1-S is considered as the M4A4’s silenced sibling. Compared to the M4A4, the M4A1-S features a lower recoil but a slower fire rate.

Taking down multiple enemies within seconds using the M4A1-S is more challenging since it lacks the speed of M4A4. The M4A1-S is more effective at longer distances, though. The lower recoil rate of the weapon makes it more accurate than the M4A4 in long-range scenarios, and the silencer also comes in clutch if you’re shooting from cover.

The AUG may be long past its glory days, but it’s still the number one choice of players who value accuracy more than anything. Aside from the sniper rifles, there aren’t many scoped options in CS:GO, making the AUG an excellent alternative for anyone who likes assault rifles and scopes.

The scope attached to the AUG increases its versatility and makes it a strong option when guarding long corridors. While the sniper rifles can do the same, there will also be times where your enemies will rush toward you. When being rushed, the rapid-fire rate of the AUG will come into the play and help take down enemy players in quick succession.

While the M4A4 fails to be a replica of the AK-47, it isn’t the case for the AUG and SG-553. Both weapons have similar trairts, meaning there’s a valid option on the T side option for anyone who loves the AUG.

SMGs aren’t popular at the higher ranks of CS:GO, but you may still need to use one when money is an issue. The UMP is listed as an SMG, but it can also play like an assault rifle.