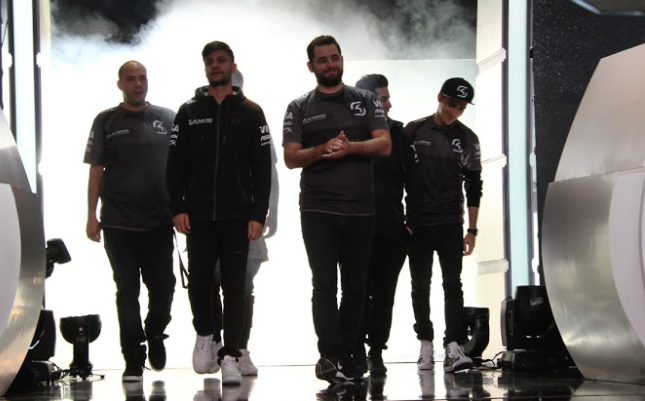 The playoffs at the ESL Pro League Season 5 Finals began yesterday and mouz were the first team eliminated from the six-team bracket.

The first map between SK Gaming and mousesports was Mirage, which was SK’s first pick. Cache, mouz’s pick, was the second. Cobblestone was the decider leftover from the veto process.

SK regularly maintained control of their bombsites and lanes against the mouz Terrorist side. A one-verus-three retake from Gabriel “FalleN” Toledo early in the game gave the team a little more breathing room and momentum on the scoreboard. FalleN and David “coldzera” Marcelo also pulled off a seemingly impossible two-versus-four retake on A site that prevented mouz from coming back in the first half, which ended at 9-6.

The second half of MIrage was a different story for mouz. They were able to pick up only one round from an eco in which SK were disorganized and too spread out. Mouz had the same playstyle throughout their Counter-Terrorist half; they played passively and scared before SK’s site executes. SK concluded Mirage at 16-7 with FalleN as top frag (24).

FalleN and Fernando ‘fer’ Alvarenga also buffed their stats with average damage per round values above 100 (104.6 and 103.0, respectively).

Cache started off pretty well for SK as coldzera defended B site on pistol round with a 3K. Despite this, mouz took the lead at 7-3 after their economy stabilized. SK eventually came back as they became more comfortable around mouz’s Terrorist playstyle. The first half ended 8-7 in mouz’s favor.

SK were revitalized in the second half, losing zero rounds on their Terrorist side. First blood kills, smart lurks, and an impressive two-versus-four A site clutch from coldzera and João ‘felps’ Vasconcellos helped the Brazilians stay perfect for the remainder of Cache. SK closed out the quarterfinals with a 16-8 victory on Cache, completing the sweep of the international European team.

SK move onto the semifinals, where they will compete against the Frenchmen of G2 Esports on Saturday. G2 beat SK on their primary map pick, Cobblestone, earlier in the group stage, so SK may be reluctant to play them on that same map. Assuming both teams play at their highest forms, the semifinal matchup could be close on every map, and very much so on the decider map.