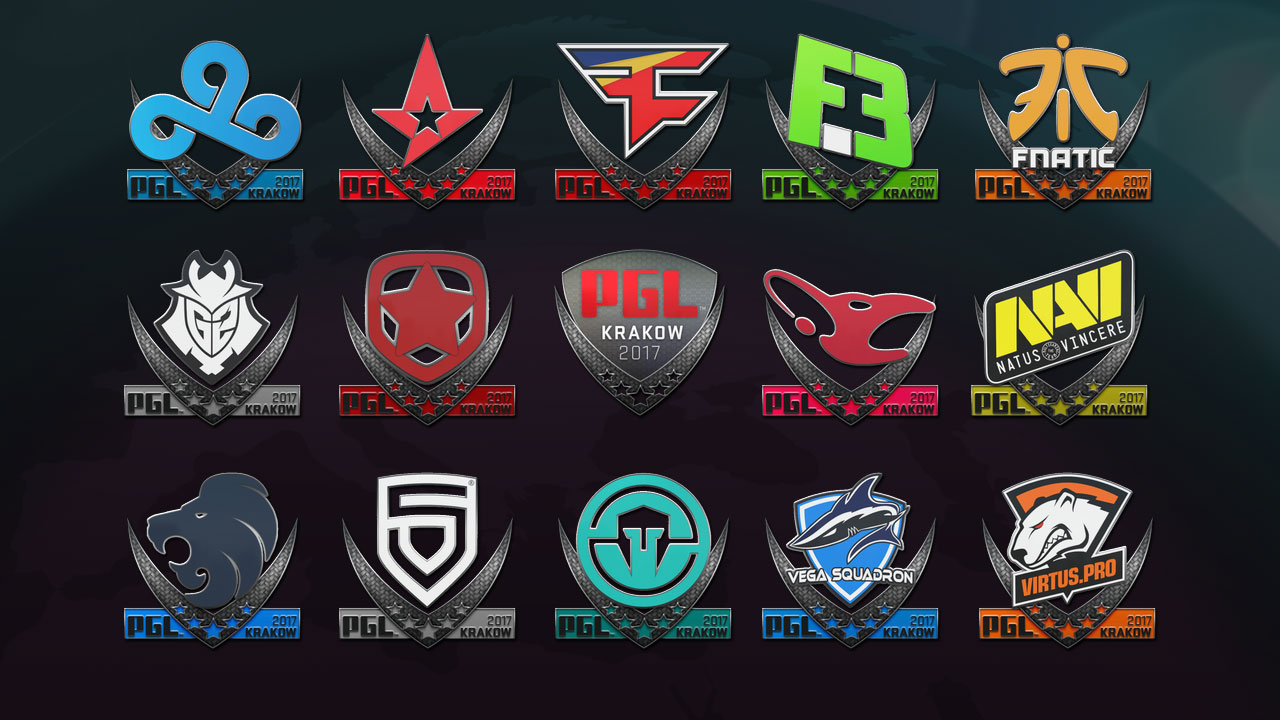 Cosmetic CS:GO stickers and graffiti designs for the upcoming Krakow Major, which takes place from July 16 to 23, have been finally been released.

The team and player stickers come in three options: paper, foil, and gold. Gold, the newest type of stickers, mirrors the shiny look of stickers that come from rare souvenir weapon skins, which is a great addition for sticker-lovers that don’t like buying expensive souvenir skins. The graffitis, on the other hand, have a dull, worn design that is about the same as the ELEAGUE Major graffiti.

The eight Legend stickers include Astralis, Virtus Pro, Fnatic, SK Gaming, Natus Vincere, Gambit Esports, North, and FaZe Clan. Their status was given to them as a reward for making the playoffs at the last ELEAGUE Major in January.

The Challenger stickers, of teams that will go head-to-head with the Legends, are for mousesports, G2 Esports, BIG, Cloud9, Penta Sports, Immortals, Vega Squadron, and FlipSid3 Tactics. Most notably, Immortals, BIG, and Vega have earned their first ever in-game stickers for their worthy performances at the Major Qualifier.

Individual team stickers and player autograph capsules are available in-game for $0.99, while foil and gold capsules can be bought for $4.99. The Krakow Mega Bundle, a 50 item package with a mix of everything, is selling for 20 percent off, at a solid $39.99 (from $49.99).

Thankfully, 50 percent of the sticker and graffiti sale proceeds go to the organizations and players, so your decreasing wallet balance won’t be in vain.