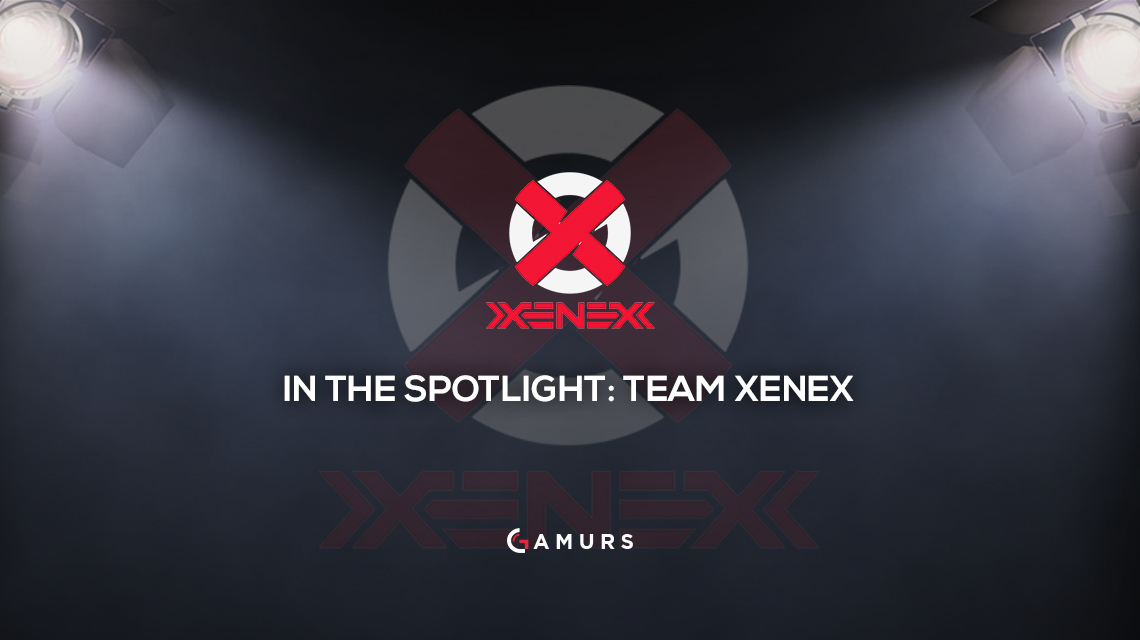 Welcome to the fourth article of my “In the Spotlight” series. The trend continues as we once more look at a team aiming to take the British scene out of its current slump: Team XENEX.

We begin with the esteemed captain and designated in-game leader of XENEX, Luke “EMPEROR” Ingram. EMPEROR began playing Counter-Strike: Global Offensive competitively or, in his own words, “seriously,” since early 2015. He previously had a brief encounter with CS:GO in 2013, but real life stepped in the way and delayed his emergence onto the scene, and even before that, he was playing Source at LAN cafes as early as 2006.

EMPEROR’s glorious return to CS:GO kicked off by several old friends dragging him back to the game. EMPEROR found himself hooked once again, and rededicated himself to the game he once loved and spent countless hours on. In 2015, he joined his first team, Barrage, which opened his eyes even further to the game, providing some much needed insight and motivation to take his in-game leading to the next level.

After honing his skills in 2015, 2016 was a bit underwhelming for EMPEROR, as after his team’s first event (i56, December 2015), the team split up for various reasons, leaving EMPEROR teamless. Seeing his team fall to pieces awakened a fire inside EMPEROR, and further provided the motivation to start a new project. Under Barrage, EMPEROR started a fresh lineup with the pickups of GhosT, faix and KoRal, who still play with EMPEROR to this very day. At first, acquiring these new team members was quite the gamble; players with no team experience are a very large variable, and while it hasn’t been entirely smooth-sailing, the team has slowly been pushing their way up the UK ladders.

EMPEROR is an avid supporter of the UK scene and dedicates himself to seeing it grow into what the potential he sees for it, which is building a bit of a reputation for himself. And while the scene isn’t quite where it needs to be, EMPEROR takes solace in the fact that it is in a better state than it has been in a long time.

Our next player is the Wales native Kory “Kryzih” Hitt. Kryzih’s first meeting with competitive CS was in early 2016 when he began playing for Team Vantage, making him the newest player on XENEX when it comes to experience. During his time in Vantage, Kryzih got his first taste of a LAN when he attended Insomnia 57. Although the team’s placement left a bit to be desired, the event granted the players a decent amount of exposure and experience in the overpopulated esports world.

After i57, the players decided to go their separate ways, which left Kryzih floating lonely around until August when he received the offer of a lifetime to join exceL (now Team XENEX). Kryzih has been with the XENEX players since then and has even had the opportunity to attend Insomnia 59 with four members of the team and a stand-in. Coming into 2017, Kryzih is eager to get back to practice with the team and very excited to see what the young stars can achieve in the future.

Next up we have Karl “KoRaL-” Philip, whose first encounter with Counter-Strike was towards the end of 2013. While his initial experience with the game was largely casual, his brother coerced him into creating a team and attending Epic.LAN 14, where it dawned on KoRaL just how much he enjoyed playing Counter-Strike competitively. It wasn’t until he played with his friends of “Rageplay” in an ESL qualifier a year and a half ago that KoRaL realized just how much untapped potential he had. That was until EMPEROR added him on Steam and offered KoRaL the opportunity to at least trial for his team.

At first, he was super hesitant because of the brotherly love he had for the friends he was already playing with, but decided to give EMPEROR’s team a chance. This trial truly opened his eyes to how much depth there is to Counter-Strike and how much he could still improve. The team is now under the XENEX flag and it’s the best team KoRaL has played on as of yet. KoRaL would also like to give a shoutout to his brother who “has always been supportive of me, especially in regards to my aspirations with Counter-Strike.”

We now move on to Michael “GhosT” Armstrong, the main AWPer for Team XENEX. Despite being somewhat new to CS, having started his career in 2014, he has been a part of the core roster since their start in February of 2016. Despite his early relationship with the game, GhosT never began taking his competitive career seriously until the end of 2015, when he began playing for a short-lived team named Eye4 Esports. When the roster crumbled under the pressure of competitive play, GhosT regained his self-confidence and bounced right back into competitive play, first under Barrage, which was slowly followed by exceL and lastly XENEX, which he has called home for all this time. While his experience as a player has yet to fully grow due to only attending two LANs (EpicLAN and Insomnia59), GhosT is always looking to improve and make it to the top.

Last, but not least, we have rifler and secondary AWPer, Calvin “faix” Palmer. Faix joined the XENEX roster when they were just in their infancy. However, a few months ago, he decided to step down and take a break from CS in order get his life on track, as CS had been taking up a lot of his time. No matter how much he tried to not watch CS or be interested in what was happening, his competitive blood was still flowing and it was a lot harder to stay away than it seemed at first. He thus decided to rejoin his teammates at XENEX and hopes to attend some LANs, make it big, and “pop heads like I used to.”

We wish XENEX all the best in their future endeavors. If you want to keep up with them, follow them on Twitter @TeamXENEX.

What do you think of this roster? Let us know in the comments below or @GAMURScom.