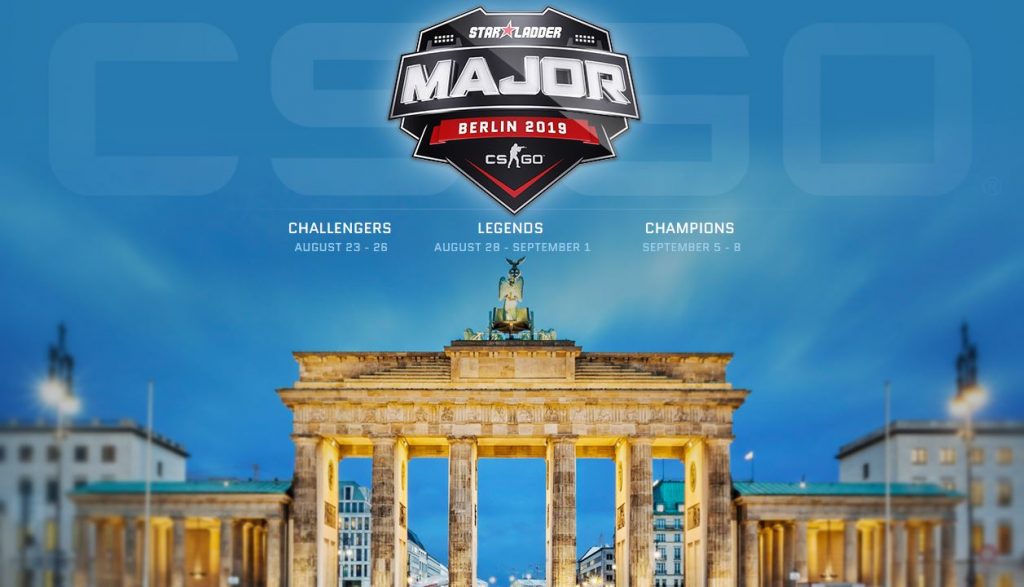 Twenty-four CS:GO teams have made it into the StarLadder Berlin Major, which starts on Aug. 23.

The Major allows squads from all over the world to participate in the most prestigious CS:GO tournament and battle for their share of the $1 million prize pool (and sticker money).

If Team Liquid win, the title would confirm their dominant era in CS:GO. But a lot of talented teams will try to spoil Liquid’s party, such as Vitality, Astralis, ENCE, and Natus Vincere.

Liquid, Astralis, Na’Vi, ENCE, NRG, AVANGAR, Renegades, and Vitality have made it into the playoffs. But who will become Major champions?

Here’s everything you need to know about the StarLadder Berlin Major.

The StarLadder Berlin Major will be broadcast on StarLadder’s two Twitch channels since the event will feature simultaneous matches until Monday, Aug. 26. You won’t want to miss any of the action on the main broadcast or the second channel.

The competition will last 16 days, with the grand finals set to be played on Sept. 8. Twenty-four teams will fight for their share of $1 million, with the champion earning $500,000.

The first phase of the tournament is called the New Challengers Stage. It features five teams that came from the IEM Katowice Major in February, like Vitality and G2, and the other 11 teams qualified from the regional Minors, such as mousesports, North, and FURIA. They’ll compete in the Swiss system, with all progression (2-0 and 2-1 pools) and elimination matches featuring a best-of-three format. Only eight teams will proceed to the next stage.

These eight teams will join the eight-best squads from IEM Katowice in the New Legends Stage on Aug. 28. Some top teams like Liquid, Astralis, ENCE and Na’Vi will be there waiting. It follows the same format as the New Challengers Stage. Teams will play through the Swiss system and the decisive matches will be best-of-three series. The eight best teams will become Legends and participate in the playoffs. This stage ends on Sept. 1.

The New Champions Stage will take place from Sept. 5 to 8. The teams will go through a single-elimination, best-of-three bracket and the grand finals will also be a best-of-three.

The StarLadder Berlin Major starts at 5am CT on Aug. 23.

Liquid are the favorites to win the 15th CS:GO Major. The North Americans have won six major tournaments in a row since they finally picked up their first title at IEM Sydney in May. Their era is starting to look even more dominant than Astralis’ from 2018 to 2019 and the StarLadder Berlin Major title would certainly be the cherry on top.

Vitality are the second-best team in the world. Mathieu “ZywOo” Herbaut has become a solid contender for the best player of the world award at the end of 2019. The French team will have to survive the New Challengers Stage first, though, where there are definitely some teams with upset potential.

Astralis have been in turmoil since they won the IEM Katowice Major earlier this year. The downfall of the once-unstoppable team started at BLAST Pro Series Madrid, where they lost to ENCE in the grand finals and also lost their 31-game win streak on Nuke on LAN. The Danes are eager to return to the top and may have some new tactics up their sleeves for the Major.

ENCE have been at the top of the table since they came in second at the IEM Katowice Major, but the Finns haven’t been able to win a big title in 2019. This may be the last event for the current roster since ENCE is reportedly in talks to replace in-game leader Aleksib with Miikka “suNny” Kemppi after the Major. We’ll see if the roster change rumors affect the players’ performance.

NRG and Na’Vi still have to prove that the roster changes they made were worth it. The North Americans expect to perform better under stanislaw’s leadership and the CIS team hopes that Boombl4 will step up to the plate. Anything less than making it into the playoffs will be disappointing for them.

This tournament could be Christopher “GeT_RiGhT” Alesund’s last ride with Ninjas in Pyjamas. The Swedish organization will decide if he’ll remain on the roster after the Major. NiP has been under fire since July when former player Robin “Fifflaren” Johansson made some serious accusations regarding NiP’s management stealing money from players. This could lead to NiP keeping GeT_RiGhT, who’s a beloved figure in the CS:GO community.

You won’t want to miss any of the action with all these great teams attending the StarLadder Berlin Major. The event starts on Aug. 23.