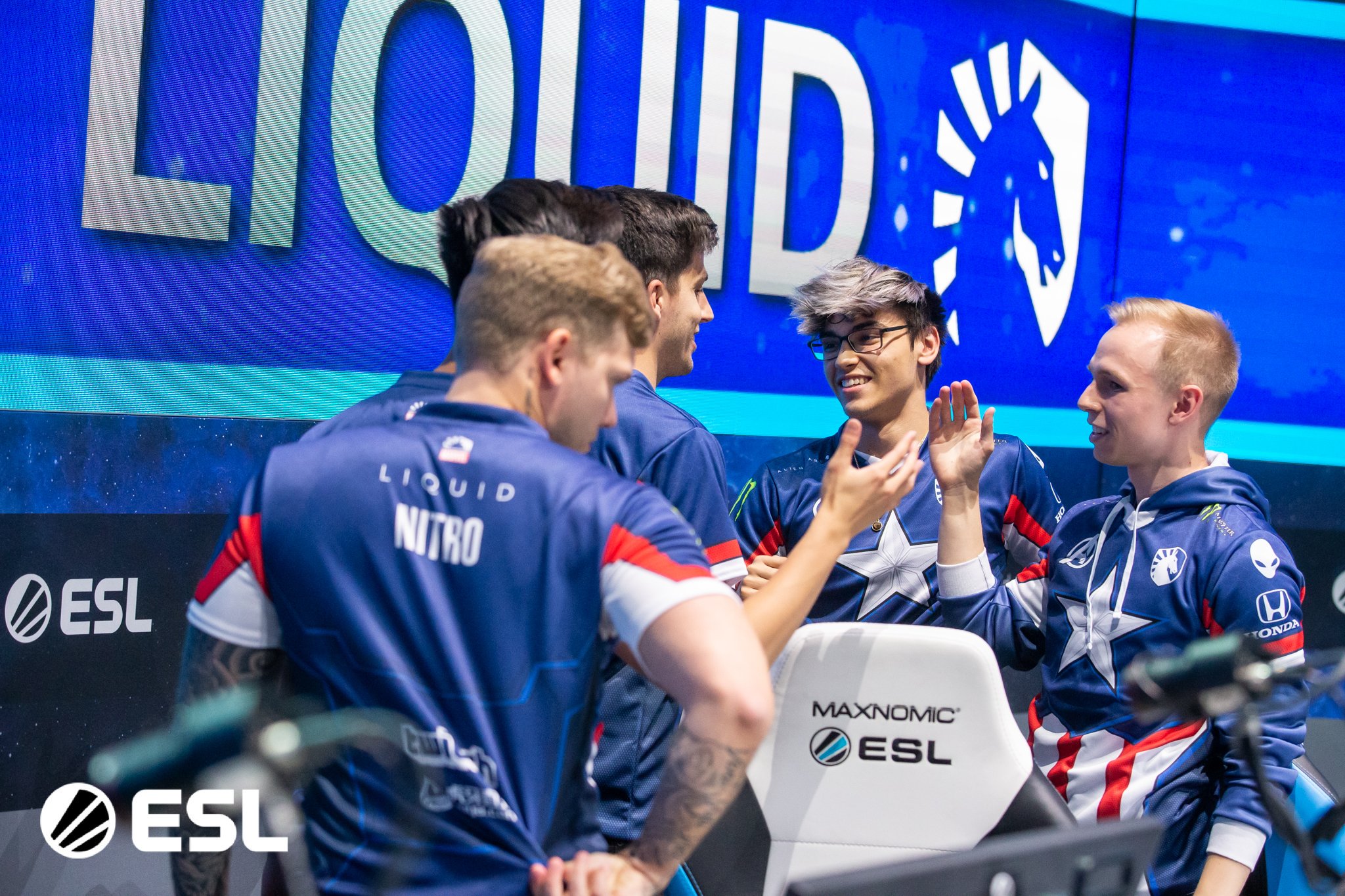 Team Liquid swept past ENCE today in the IEM Chicago grand finals. The North Americans convincingly won the best-of-five series 3-0 and grabbed their sixth major trophy in a row.

Liquid simply mowed down ENCE in the first two maps of the grand finals. It all started on Overpass, one of Liquid’s best maps. Despite losing the first pistol, the North Americans won the other 14 rounds with a good amount of clutches and reversing unfavorable situations.

ENCE won the second pistol but couldn’t deal with Liquid’s force buy. With ENCE’s economy shattered, Liquid closed out the map 16-2 in the following round. The Finns lost by this margin even after winning the two pistol rounds, marking the first time that’s happened in a top-level game. Nicholas “nitr0” Cannella and Keith “NAF” Markovic had 19 frags each on Overpass.

ENCE’s fans probably thought that things were going to be different on Nuke, the Finns’ map pick. But it started with a similar script. ENCE won the pistol round and lost to Liquid’s force buy one more time. Liquid won seven straight rounds until ENCE finally grabbed a gun round for the first time in the series.

But that was it. Liquid won the first half 13-2 and they got another huge buff switching to the T-side. Liquid finally won a pistol round and then only lost one more round before taking the map 16-3. Jonathan “EliGE” Jablonowski was the top fragger on Nuke with 26 kills.

The third and final map, Inferno, was balanced. ENCE could’ve won it despite losing the first half 10-5. Liquid overextended a bit in aim duels during the second half since they were obviously feeling confident.

ENCE played hard and almost took the lead after Aleksi “allu” Jalli got a quad kill on the A bombsite. Liquid held their nerves in the end and Jake “Stewie2K” Yip won the one-vs-one clutch against Sami “xseveN” Laasanen in the last round of the match to win it 16-14 and become the champion of IEM Chicago.

With this win, Liquid earned $125,000 and scored the first point in the Intel Grand Slam’s third season, which changed its rules to make it more difficult to win its $1 million prize. Liquid have been accumulating multiple titles since IEM Sydney in May, and right now, their era is starting to look even more dominant than Astralis’ from 2018 to 2019.

The North Americans seem unbeatable and all of the players are playing with confidence, a factor that might cause other teams to play scared. Liquid definitely won’t be called chokers again after this sequence of titles.

As for ENCE, there’s nothing much to say about the first two maps. But allu and crew gave their best effort in the third map and could’ve won Inferno.

IEM Chicago is probably the last tier-one tournament before the upcoming player break. All of the teams will have some weeks to rest and prepare for the StarLadder Berlin Major, which starts on Aug. 23.