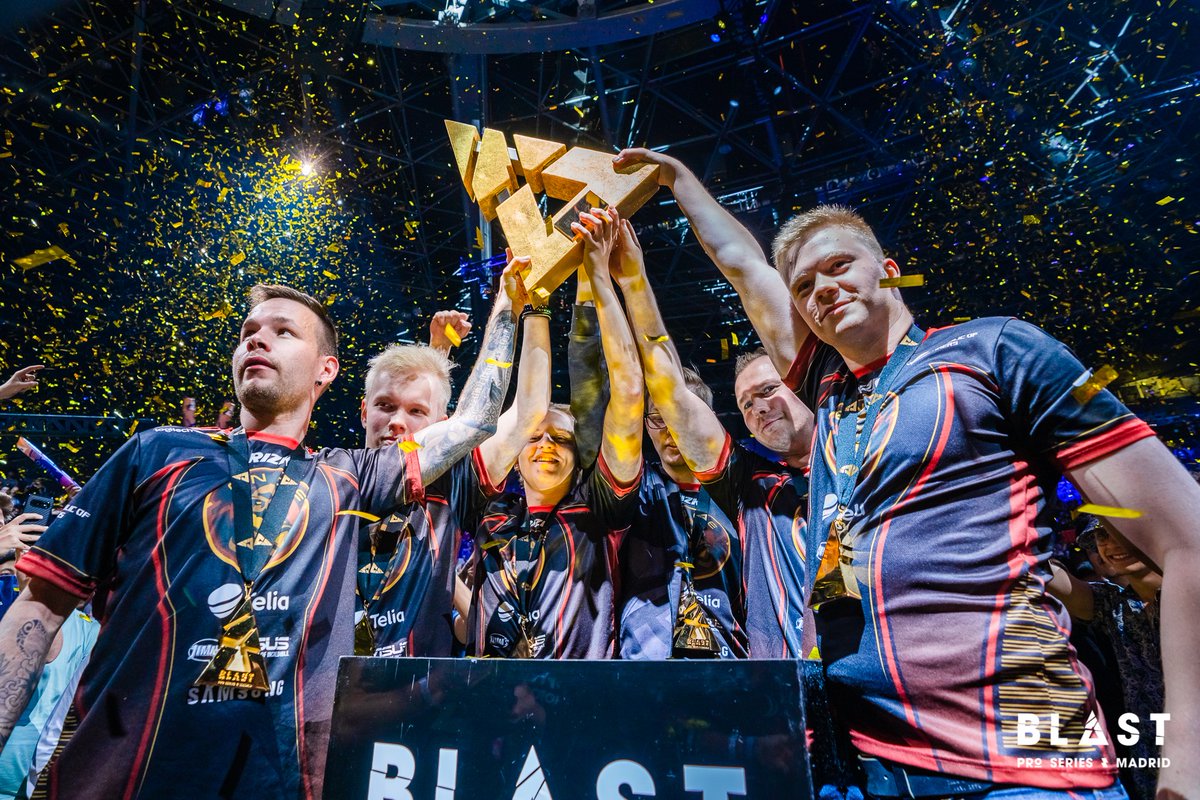 ENCE are the champions of BLAST Pro Series Madrid after defeating Astralis today to earn their first title in 2019.

The Finns led from the beginning after dominating the first six rounds with a strong CT-side. Astralis reacted with an eco round but couldn’t build upon that. The first half ended 11-4 in favor of ENCE and it was Astralis’ worst T-side on Nuke since they added Emil “Magisk” Reif in February 2018.

Although Astralis won the second pistol and the following rounds, ENCE took control after a quick execution on bomb site A and Jere “sergej” Jalo killed the Danes’ hope in the following round with a one-vs-two clutch. Every ENCE player carried their weight, but Jani “Aerial” Jussila was the most impactful with 104.8 average damage per round.

Astralis answered back quickly on ENCE’s map pick, Train, and won the first five rounds playing on the CT-side. They shut down the Finns’ fast strats until they adjusted the pace to win four rounds in a row. The first half ended as balanced as it can be with an 8-7 advantage for Astralis.

The Danes won their second pistol round in the match and the anti-eco, but ENCE gained six rounds in a row with solid defense. The map could’ve gone either way if Aerial didn’t have such a great series. He carried the momentum from Nuke and delivered 25 kills on Train as ENCE closed out the series with a 16-13 win. Due to his performance in the grand finals, Aerial was named the tournament MVP, marking the first time he’s won that award in his career.

With the BLAST Pro Series Madrid title under their belt, ENCE secured their place among the best teams in the world. They showed great chemistry and got their revenge for the IEM Katowice Major in February.

Astralis looked shaky in today’s grand final and they probably see Liquid’s shadow behind them. The North Americans finally have a chance to dethrone the Danes after winning their first big event last week at IEM Sydney.