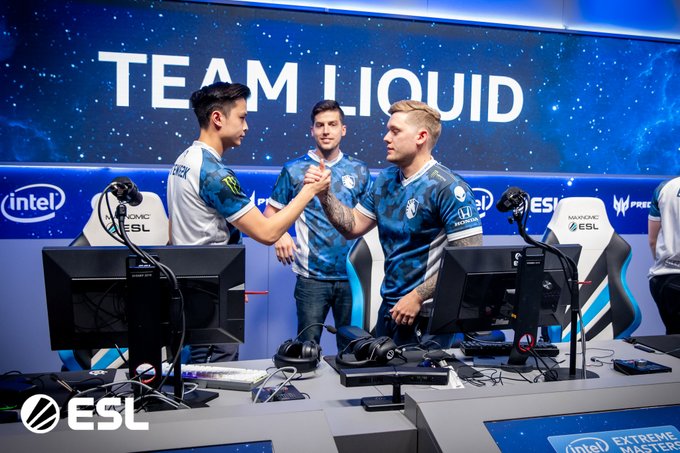 A new CS:GO champion has been crowned at IEM Sydney 2019 in the Qudos Bank Arena.

Team Liquid defeated Fnatic in the grand finals 3-2 at the $250,000 event, taking their second international title of the year in front of a rowdy and vulgar Aussie crowd. During the map veto process, Fnatic picked Cache and Mirage, while Liquid chose Overpass and Dust II. Inferno was remaining map, with Nuke and Train being the only bans in the best-of-five series.

With Fnatic on the CT side, Liqud couldn’t kickstart any momentum whatsoever, giving up nine-straight rounds on the offensive side. After trailing at the half 10-5, Liquid took the second pistol round. But it wasn’t enough to stump the performing Swedes during the later buy rounds. Cache went to Fnatic at a 16-10 scoreline. Youngster Ludvig “Brollan” Brolin did the most damage to start with 26 frags and a 95.4 average damage per round.

The North Americans bounced back from the map one loss with a strong outing throughout their T side and into the second pistol round. Despite the 11-6 lead, Fnatic came back and dismantled Liquid’s defenses one by one until it was 12-12. The NA side adjusted and took back the lead thanks to heroics from Jonathan “EliGE” Jablonowski and Keith “NAF” Markovic. Liquid secured map two in round 30 at 16-14 by stopping a one-vs-four clutch from Jesper “JW” Wecksell.

In the opening rounds, Fnatic put up some T rounds on the board via an initial pistol round win. Liquid then commanded the game through halftime 9-6 and the second pistol round. As EliGE and Nick “nitr0” Cannella rose to the top of the scoreboard, NA’s best sealed the third map in the series vs. Fnatic with a 16-8 scoreline. EliGE finished with 26 frags to his name by the end of Mirage.

Russel “Twistzz” Van Dulken pulled off a nice ace in the opening pistol round of map four. Liquid’s happy spirits from the highlight, however, were short-lived as they struggled against the Swedish executes. Fnatic led 9-6 at the half, and Brollan responded with a 4K of his own in the following pistol round to squelch Liquid’s hopes of an easy comeback. Dust II went in favor of Fnatic at 16-6, while the North Americans looked tilted.

Twistzz went huge in the first pistol round once again with a massive one-vs-one win. Liquid used that as momentum to gain confidence after the two previous demoralizing maps by dominating the CT side until halftime came around at 11-4. A tight post-plant pistol that Liquid won seemed to be the finishing blow to the Swedish side, but they didn’t go down without a fight. Fnatic found five rounds out of nowhere before Liquid finally closed out the map 16-9 and the series 3-2.

IEM Sydney is Team Liquid’s very first large tournament victory, as well as their second championship title of 2019 following a small win at iBuyPower Masters in January and several second-place finishes at BLAST Pro Series events (São Paulo and Miami). With world-renowned juggernaut Astralis not in the picture at large international tournaments, Liquid are shaping up to be the best team in the world, even though they still tend to choke leads.

As long as Liquid can stay composed and maintain a positive attitude throughout high-pressure playoff matches, it’s going to be increasingly difficult for other top teams to catch up to them in terms of firepower and fundamentals. With each potential subsequent tournament win, Liquid move closer and closer to being a cerebral contender that can dethrone the Danes of Astralis, who aren’t getting the same playing time they accrued last year.