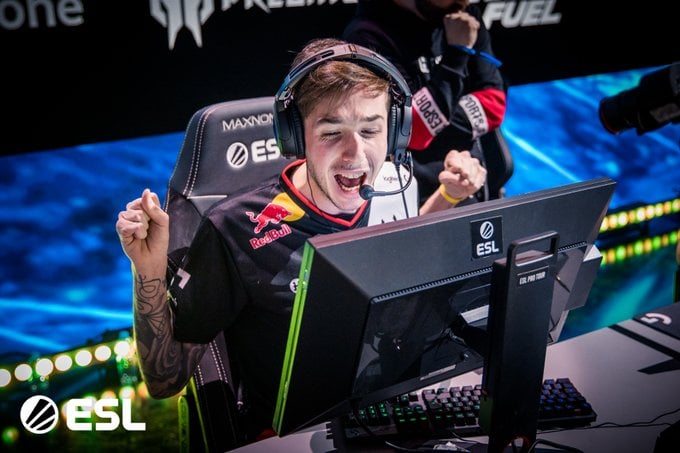 Not only does this win put G2 in the grand finals, but the French have also increased their win streak in 2020. KennyS and crew are undisputed this year, having won all of the nine best-of-three series they played so far. The last round of Train, the third map, was decided by the last second after Fnatic failed to defuse the bomb in time to continue their comeback and it exploded to give G2 the win by 16-12.

G2 kicked off the series with a win on Inferno, which was Fnatic’s map pick. The French side had a solid CT-side display and just exchanged some rounds before closing the map 16-12. Two of their French players, kennyS and Audric “JaCkz” Jug carried the rest of the team with 55 frags combined.

On Dust II, however, Fnatic answered back with strong setups, both defensively and offensively, but they wouldn’t have won if it wasn’t for Brollan’s crazy one-versus-four clutch, which was one of the best plays of IEM Katowice so far. With Brollan’s clutch, the Swedes secured the 16-11 win to move on to Train.

On Train, none of the teams had players putting crazy numbers, it was a game more based on the strategies. G2 were the better team on both sides and took the win by exploring Fnatic’s weakness in the B bombsite, which is hard to fight if you don’t have a strong economy, the Swedes’ case in most part of the second half.

KennyS, however, was the top-fragger of the whole series with 70 kills and only 51 deaths. The French AWPer is having the best tournament of his career, statistically speaking, since ELEAGUE season one in May 2016, when he finished with 1.28 rating, the same he already has in IEM Katowice.

G2 now will wait for the result of Na`Vi vs. Astralis at 12:15pm CT. They will play the grand finals tomorrow at 10am CT.

You can keep up with IEM Katowice results here.