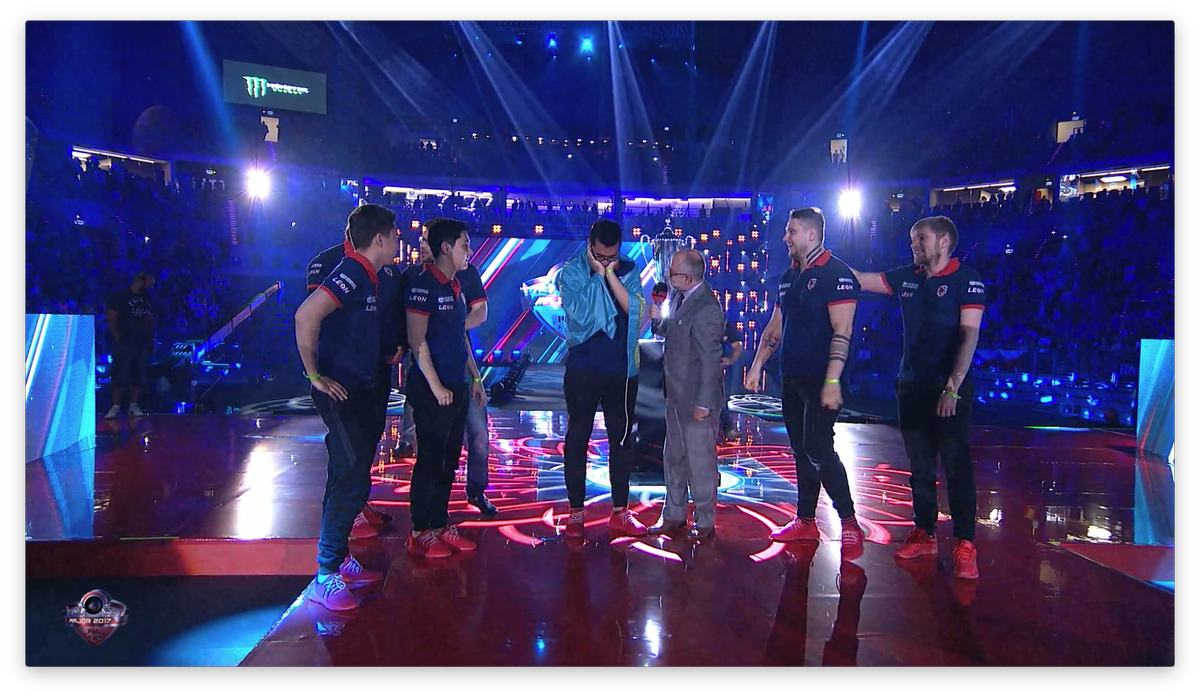 After a week of the best Counter-Strike the world has to offer, the dust has settled and Gambit Esports have been crowned major champions. Here are five lessons we learned along the way.

There was a time when it was a relatively easy task to predict which teams would meet in the finals of a major Counter-Strike tournament. Consider that each of the first five majors featured Ninjas in Pyjamas in the final, four of the first six featured Fnatic, and the same core of players that made up LDLC and EnVyUs rosters made three of four finals.

The MLG Major in Columbus marked the first time none of those three teams made the final, and this was barely a year ago, in April of 2016.

If that’s not enough for you, consider this: The eight different teams to make a final in the past five majors are exactly double the four teams to have made the finals in the first six majors.

Parity is the new reality in Counter-Strike. Enough time and money has been invested across the game’s major regions that more than a dozen teams are fully capable of winning a major title, and that number will almost certainly continue to grow. Before you scoff, consider what odds any pundit would have placed on Immortals coming within a few rounds of lifting the trophy in Krakow. Neither Immortals nor Gambit were featured in many top 10 lists, and yet they proved to be the class of the event.

At the same time, qualifying for majors has become that much more difficult. North America notably had only one domestic representative at the PGL Major—but this speaks more to the growing challenge of qualifying than a sudden dearth of talent. Team Liquid and OpTic Gaming, while not in their best form of late, have each posted decent results around the major qualifier. But if a team doesn’t show up in form for that one event, an entire season of play can seem all for naught.

And let’s not forget that finalist Immortals took a 3-2 record through that same qualifier, having to beat Hell Raisers on the final day of competition just to scrape by and get their shot.

Regions aren’t the excuse they once were

Michael “shroud” Grzesiek made a comment regarding Cloud9’s recent spurt of good form in which he cited the team’s practice in Europe, where quality practice is more readily available, as a major factor.

There’s no doubt that it’s to a team’s benefit to have more quality opponents available for practice, and to have that practice more readily available at all hours of the day. Quality of practice is the main reason for any sort of regional separation in Counter-Strike.

But being based in North America is no longer a good enough excuse for teams like Cloud9 or Optic Gaming, whose members have also previously been vocal about a lack of quality practice available to them domestically.

Three of the past four majors have featured teams based in North America. What separates them from the above squads, however, is that they’re not American teams.

This shouldn’t come as a surprise to anyone paying attention to the region’s talent, but Counter-Strike fans have often had their exposure to Brazilian teams limited to the very cream of the crop. This dates all the way back to the prime of Made in Brazil, the country’s first, and prior to the emergence of the core of SK Gaming’s roster, only team to win a major.

But even then, there were always other names worthy of note in the region. Teams such as Generation X, Game Crashers, and Revoltz came and went without nearly as much fanfare. Financial realities have often prevented Brazil from showcasing with any frequency more than one team at a time. Now, with Counter-Strike and esports in general a richer endeavor than ever before, fans are able to see more of the deserving talent that Brazil has to offer.

Gabriel “FalleN” Toledo deserves tremendous credit for this trend. FalleN has led by example, creating a team capable of reaching the very peak of competitive Counter-Strike and working hard to maintain that greatness. His contributions both to his own team and to the region as a whole cannot be overlooked, and speak to another point deserving attention.

The importance of captains

As much attention as a star player like Marcelo “coldzera” David gets and deserves, SK Gaming’s success begins and ends with Falle. His strategic direction, the habits he commits his players to, and his own stellar play are all required for the squad to succeed.

If FalleN’s accomplishments in leading his team at SK Gaming and under the banners of other organizations aren’t enough to convince one of the importance of captains in today’s game, one need look no further than the newly-crowned major champions for another prime example.

Danilo “Zeus” Teslenko came to Gambit Esports after having spent seven years with Natus Vincere. It was a run longer than the careers of most professional Counter-Strike players, bringing with it numerous titles but never a major championship in Global Offensive.

After the team acquired star Russian player Egor “flamie” Vasilyev, they were able to reach their greatest heights in the game with two straight major finals appearances. Unable to lift the trophy on either occasion, Natus Vincere did what once seemed unthinkable: they parted ways with their long-time captain, opting instead for another star fragger in the volatile Oleksander “s1mple” Kostyliev.

Zeus’s numbers could never compare to those of Kostyliev. But his less tangible contributions soon proved to be difficult to replace. New in-game leader Denis “seized” Kostin has been vocal about the difficulty he’s had with the role and its curbing effect on his own in-game contributions. The team has spoken openly about roster changes since crashing out off the group stage in Krakow.

Meanwhile, Zeus would find a new home in Gambit Gaming, steadily working with his new teammates to help them turn the corner from fringe contenders to champions. It all paid off in Poland, and what’s more, Zeus even topped his team in kills in their decisive semifinals map victory over defending champion Astralis.

The lesson here is clear: Captains are of as great a value now as they have ever been, and teams who abandon good leadership in search of more theoretical fragging may find themselves rudderless.

As big as the PGL Major was, it’s important to remember that it was just one tournament. As rich, important, and pressure-packed as any on the 2017 calendar, yes. But still just one in a very busy schedule of events.

Remember that Gambit and Immortals weren’t lagging outside of most top 10 lists because prognosticators refused to pay them proper attention. It was because their results in other competitions didn’t give sufficient reason to rank them higher.

Gambit’s Dauren “AdreN” Kystaubayev spoke numerous times during the major about how poorly the team had performed in practice coming into the event, how they seemed to lose to every team they played against regardless of their opposition’s stature or ranking.

Finals opponent Immortals had a dire placement at ESL One Cologne earlier in the month, being one of the first teams eliminated after consecutive losses to Team Liquid, G2 Esports, and Cloud9. Two of those teams failed to reach the playoffs in Krakow. The third, Team Liquid, failed to even qualify.

This doesn’t mean the event’s results should be taken with a grain of salt or that neither team deserves ample credit. Gambit Esports were clearly the world’s best team on the biggest stage Counter-Strike has to offer, and that likely means more than an entire season of results at smaller or even mid-sized events.

Immortals may have been buoyed by a more fortuitous path to the final and they suffered their share of losses along the way, but they ultimately did what they had to do to reach the final and were just a few rounds removed from claiming a major championship trophy.

This is the nature of the modern Counter-Strike landscape. Dozens of tournaments throughout the year and nearly as many teams capable of winning them all. Rather than fretting about where to rank everyone, fans should just sit back and enjoy the most exciting and dynamic competitive landscape the game has yet seen.