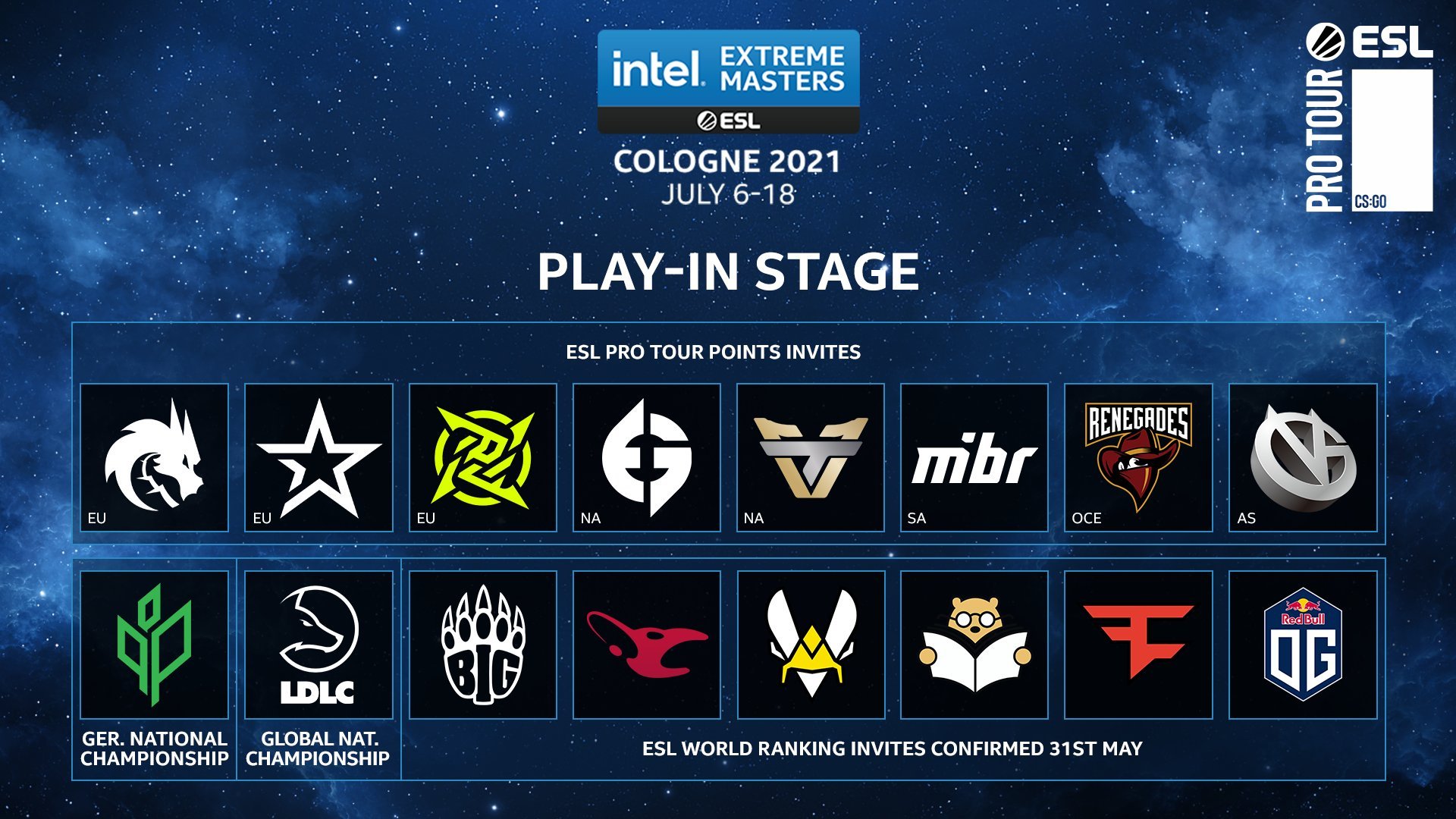 ESL has unveiled the initial matchups of the IEM Cologne 2021 play-in stage, which will see eight of the 16 CS:GO teams qualify for the $972,000 main competition where teams such as Gambit, Natus Vincere, G2, Heroic, and Virtus Pro await.

The IEM Cologne play-in stage will be played from July 6 to 7 and the first matches will be Ninjas in Pyjamas vs. LDLC, mousesports vs. Bad News Bears, and Team Spirit vs. MIBR at 5am CT. The action will continue at 6:30am CT with Vitality vs. Renegades, OG vs. Team oNe, and BIG vs. Sprout. The final matches will kick off at 8am CT with Evil Geniuses vs. FaZe and Complexity vs. ViCi Gaming.

The IEM Cologne play-in stage will use a double-elimination system with all of the opening matches being played as a best-of-one, whereas the remaining games will be played as best-of-three series. IEM Cologne 2021 will be the first premier CS:GO tournament played on LAN since the world was plagued by the coronavirus pandemic in early 2020. The last one was IEM Katowice between February and March 2020, where the playoffs had to be played without a live audience.

“We will be in touch with the community in the coming days to explain better what to expect and how it’s all coming together,” ESL’s vice president of pro gaming Michal “Carmac” Blicharz wrote on Twitter today.

All matches will be broadcast on ESL’s primary, secondary, and tertiary Twitch channels.