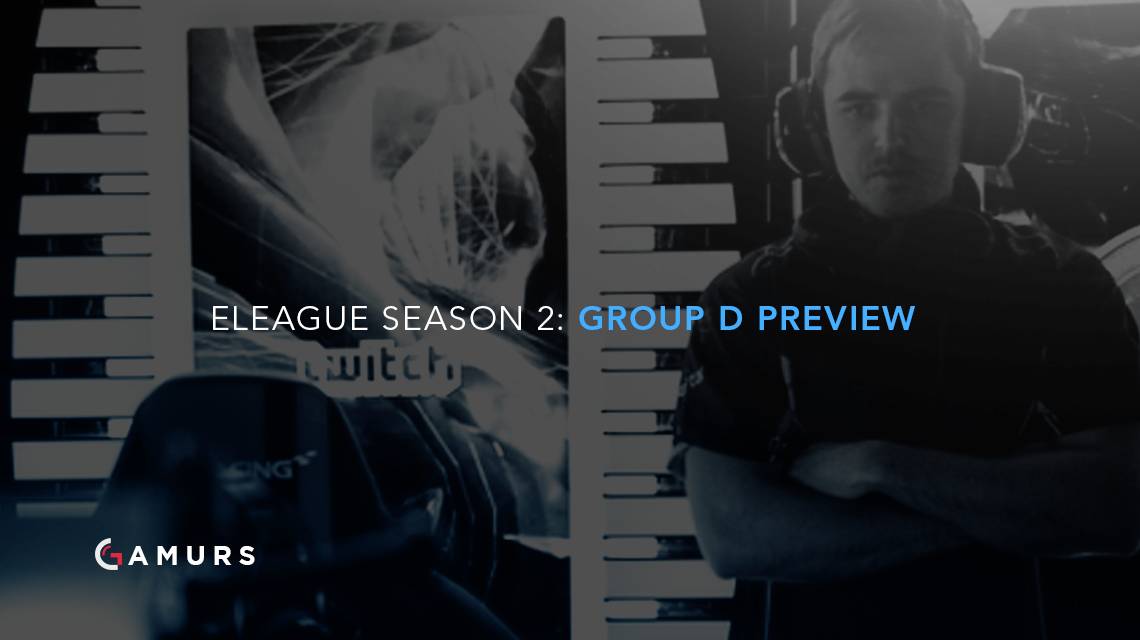 This weekend will showcase ELEAGUE’s final group stage bout between Fnatic, Dignitas, Team EnVyUs and OpTic Gaming as they vy for the final two playoff spots.

Fnatic’s recent addition of Joakim “Disco Doplan” Gidetun has given many fans reinvigorated hope in the once-legendary team, but this event may not be theirs for the taking, due to Dennis “dennis” Edman’s temporary absence due to personal reasons.

Fnatic has shown promise recently since their fall from the top, but few can deny they could have achieved the few wins that they have picked up without the help of dennis. He’s emerged as a clear star, and has outperformed the once-best player in the world, Olof “olofmeister” Kajbjer.

Though they did succeed in trading maps with SK, HellRaisers, and Virtus.pro at Epicenter: Moscow, they failed to progress past the group stage. This failure was proceeded by Freddy “KRIMZ” Johansson returning to the team from GODSENT, and was shortly followed by the addition of Gidetun.

Despite achieving two overtime wins against Dignitas online, Fnatic will be hard-pressed to repeat those results with their coach, Jimmy “Jumpy” Berndtsson replacing Edman.

Dignitas suprised many CS enthusiasts with their win over Virtus.pro in the finals of Epicenter: Moscow. Though they had been on the rise since the addition of Emil “Magiskboy” Reif, few had them achieving top-two, let alone first place, going into Epicenter.

Immediately after Epicenter, Dignitas found themselves eliminated in the group stages of ESL Pro League Finals Season 4 in São Paulo, Brazil to Cloud9, who went on to win the tournament. Despite this loss, Dignitas has been looking incredibly dangerous both online and offline, either playing teams close, or winning in dominant fashion.

The duo of Reif and Kristian “k0nfig” Wienecke has proven to be one of the most fearsome of the latter half of 2016, outshone only by the power of Jake “Stewie2k” Yip and Timothy “autimatic” Ta from Cloud9. Reif and Wienecke’s one-two punch, along with the addition of René “cajunb” Borg, has given Dignitas the fragging power it desperately needed after the depature of Markus “Kjaerbye” Kjærbye.

Dignitas shows no sign of cooling off, and with Edman from Fnatic out of the mix, they look primed to take one of the two playoff spots for themselves.

After a slew of dismal results since their 2015 major win, EnVyUs appears to have been revitalized with the addition of Christophe “SIXER” Xia, and Kenny “kennyS” Schrub’s return to form.

EnVyUs, a team reliant on firepower, fell from grace shortly after their major win in Cluj-Nopoca. Whether this is due to teams adapting to their playstyle, a shift in the meta game, or a combination of these factors, we may never know for certain – what we do know is that they’ve been struggling to return to that form ever since, and many individuals suspect a French shuffle is on the horizon.

Despite the possibility of a roster change in the near future, EnVyUs seems revitalized with Schrub’s return to form – the once #1 AWPer in the world seems to be trying to regain his title. Schrub cited a lack of motivation and complacency as the reason for his drop in form, but now looks to re-achieve the success he once had.

Schrub’s AWPing, combined with Dan “apEX” Madesclaire’s explosive rifling, makes EnVyUs an almost unstoppable force. Look at them to step up for their team.

With Berndtsson filling in for Edman, EnVyUs looks to achieve greatness once again by battling with OpTic for the second playoff spot.

The addition of Tarik “tarik” Celik and return of Peter “stanislaw” Jarguz has made OpTic a serious threat, and a clear #2 team in North America. With their recent win in Montreal at Northern Arena over G2, OpTic looks to cement their place among the top-10 teams in the world.

Although they fell short in São Paulo, OpTic has steadily been on the rise as a contender for events, and ELEAGUE’s final group is no exception. While they face tough opposition in Dignitas and EnVyUs, OpTic definitely has the chance to upset either team, and snag one of the playoff spots for themselves – especially if Óscar “mixwell” Cañellas shows up alongside Celik.

Unfortunately, their map pool may not work in their favor, as their best maps happen to be some of EnVyUs and Dignitas’ strongest; if they hope to reach the playoffs of ELEAGUE, they’ll have to take out both teams on some of their best maps.

OpTic may not have proven everything they’re capable of yet, but they now have a prime opportunity in front of themselves. Earning a playoff spot over either EnVyUs or Dignitas would not only affirm their place as a top-10 team, but put them in contention with Cloud9 for the #1 team in North America.

Who do you think will win Group D? Let us know by commenting below or tweeting us @GAMURScom.