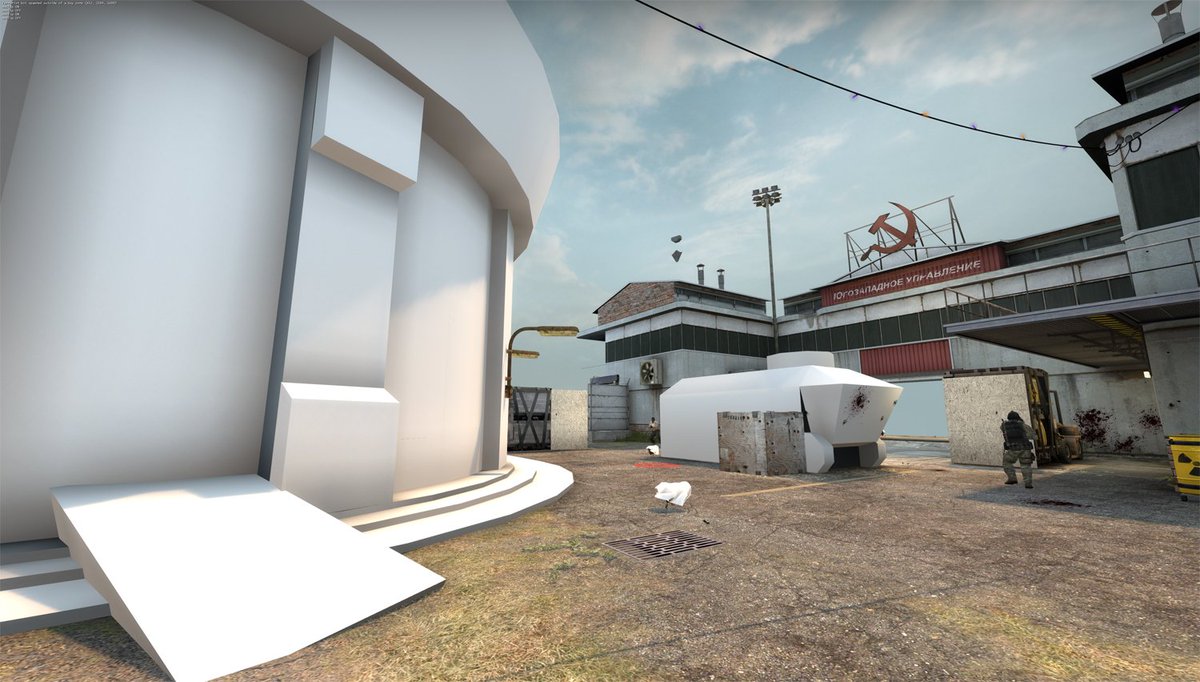 Although we’ve lost Cache in the competitive pool in exchange for Vertigo, it looks like the remake of the fan-favorite map is almost complete, according to Counter-Strike map designer, FMPONE. He’s been teasing many of the changes to the map on his Twitter account, and even gave fans a sneak peek of gameplay on the revamped A bomb site.

FMPONE has been working on the Cache rework for a while now—he tweeted out a picture of a portion of the map in June 2018. It looks like the only areas of Cache that need to be done are the T spawn, the areas around A main, and the areas around B halls.

One big change that he revealed was that the wall next to Truck will now be curved. This is because FMPONE wanted to give CTs a bit more holding power, since Terrorists have too much cover to work with on the A site.

“Truck is too easy to smoke off, which makes it too easy to wrap in and gain control,” FMPONE said in a reply to another Twitter user. “Then you have very easy holds [and] too much cover for Ts.”

It’s unclear when this rework will come into play. It’s been in development since last year and might go live in the upcoming year. It also makes us wonder if the rework will ever see the light of day in the competitive circuit since Cache was removed from the map rotation.