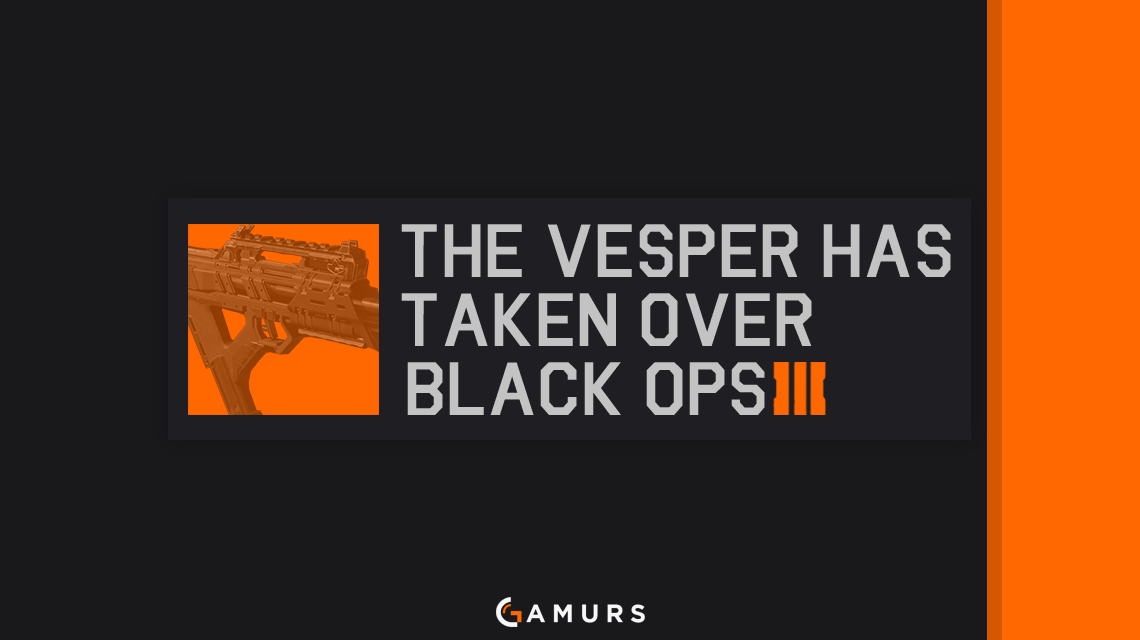 The Call of Duty community is up in arms about the Vesper in Black Ops III.

The submachine gun that got a healthy buff in yesterday’s 1.14 update has taken over the game in pro scrimmages, wager matches and public games alike. It looks as though BO3 has entered a new meta where the Vesper has taken over as the SMG of choice and quite possibly the general run-and-gun weapon of choice.

The CoD community, as it is known to do quite often and loudly, has begun to voice its opinion all over Twitter. And as usual, it’s not pretty. While some people are happy to see an SMG back on top of the meta, most are pretty upset about it. Regardless, everyone from top to bottom seems to have an opinion.

That Vesper buff though… 😀 pic.twitter.com/2o0GGuLxu9

Vesper is back. no longer fun to play

It seems as though most are in agreement that the Vesper is a bit too strong now. The patch notes yesterday read that the Vesper was treated with “increased recoil stability,” which means the gun has less kick when firing, making it easier to control. Couple the lower recoil with the gun’s insane fire rate and a couple attachments, and you have a monster that is currently dominating the brand new meta.

While it’s still a bit early to know what happens next, considering the patch was just released yesterday, it seems the community has a right to be upset about the new changes. BO3 design director David Vonderhaar has yet to acknowledge the outcries of the CoD-playing masses and it remains to be seen what kind of effect this patch will have on CoD esports moving forward.

If things stay the same leading up to MLG Orlando next weekend, it seems as though rapid fire SMG gameplay by pro teams will be on full display. How much fun that will be to watch as a spectator or to play as a competitor remains to be answered.

Gun variety is always nice in any meta, but if everyone is flying around and melting each other with a Vesper, it could have a negative impact on the viewer experience.

What do you think about the Vesper buff? Let us know in the comments below. Be sure to follow @GAMURScom for more CoD esports coverage.