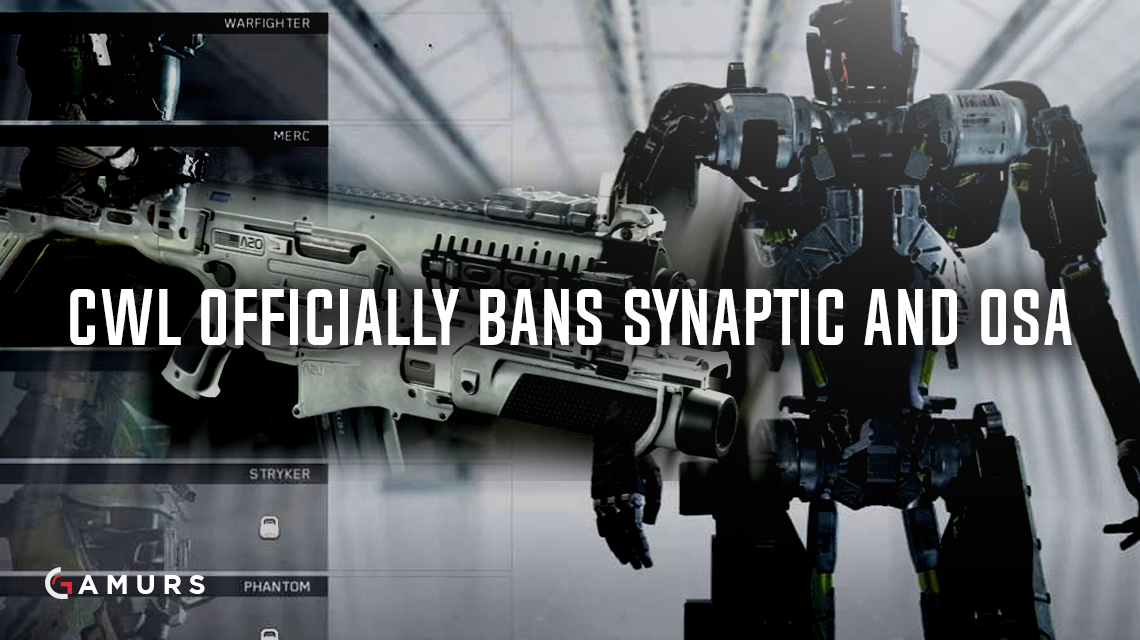 The prayers of Call of Duty players and fans alike have finally been answered; the Call of Duty World League just posted an update to the CWL ruleset for Call of Duty®: Infinite Warfare on Reddit. This post revealed that the Synaptic combat rig, more-popularly known as the “skinny bot,” has been banned from competitive play, along with the OSA assault rifle, the Hornet pistol and the Trojan weapon sight.

These are momumental changes to the landscape of competitive play in Infinite Warfare, as Synaptic was considered to be the best combat rig and the OSA was one of the strongest weapons in the game. The Hornet, similar to the Glock pistol from Call of Duty®: Modern Warfare 2, also was a very strong secondary weapon that was handy for snipers.

It will be interesting to see how these bans impact the current meta with just under two weeks until MLG Atlanta, the next open LAN event, begins. Most teams tested playing without the OSA or Synaptic last night in the North American GameBattles 2K tournament, but now that both of them are officially banned, teams will have to tweak their rig draft and in-game strategies in preparation for the next event.

Do you think that Infinite Warfare will be a better game without the OSA or Synaptic? Let us know by commenting below or tweeting us @GAMURScom.