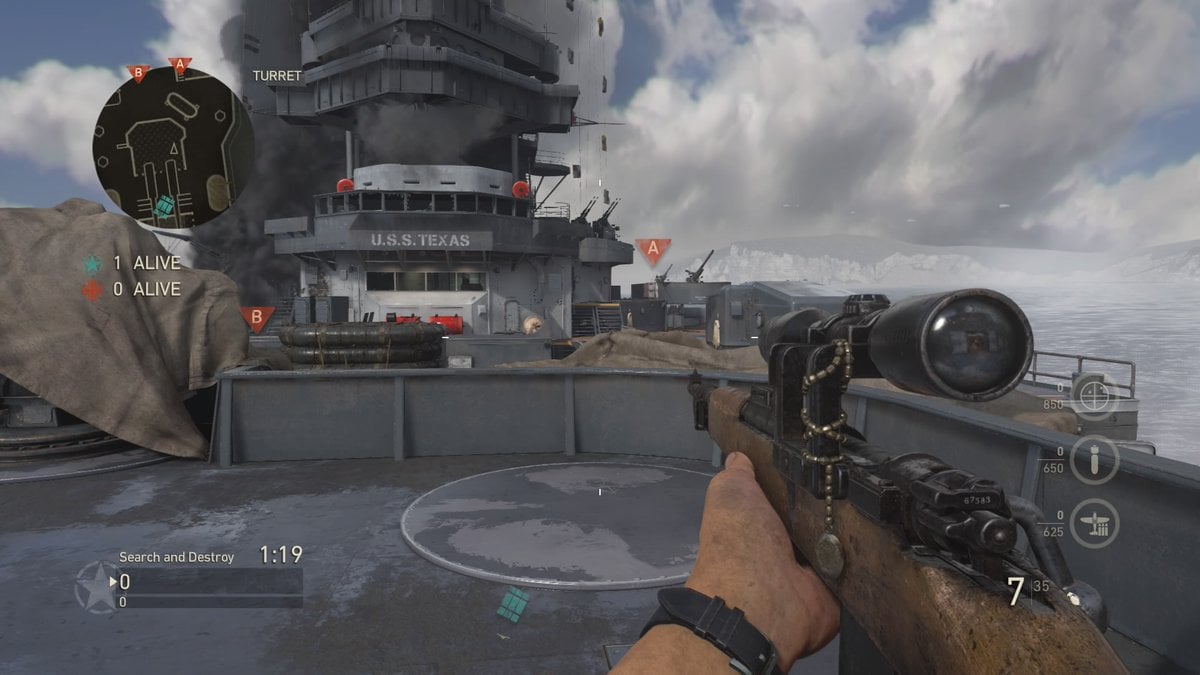 Major weapon changes are coming to Call of Duty: WWII.

Michael Condrey, the chief operating and development officer at Sledgehammer Games, took to Reddit earlier today to reveal some of the alterations in the latest WWII update.

Condrey talked about potential weapon buffs and nerfs on Jan. 5, and now, a few of those changes will come to fruition. In particular, the FG 42 and Kar98k will receive some of the alterations that were previously discussed.

Sledgehammer confirmed that the FG 42 has received a recoil buff and a slight fire rate buff, while the Kar98k’s ADS transition time has been nerfed.

The Grease Gun and Lee Enfield both received buffs to their ADS transition time—and the Grease Gun also had its recoil adjusted “to give players more control.” The Combat Shotgun’s max damage range was slightly nerfed, although the patch notes say it’s “still [an] overall buff to where it was at launch.” Finally, the Sawed-Off Shotgun received a few alterations, such as a max and mid damage range buff, a buff to the number of pellets to kill, a reload time buff, and a hip spread nerf.

Related: Condrey describes Sledgehammer’s decision to not alter ADS time out of sprint in Call of Duty: WWII

This update also introduced a couple of changes to competitive maps in WWII. The defensive start spawns in Sainte Marie du Mont Search and Destroy have been moved, as well as the flag positions on London Docks Capture the Flag.

The Sainte Marie du Mont spawn changes will likely alter how the map is played—the current meta sees a majority of teams go for full four-man pushes into the B bomb site. The changes on London Docks CTF will also greatly impact the map, as the flags were previously located close to the buildings on each side, which made it easier to quickly grab the flag and run.

Condrey also talked about potentially increasing the health regeneration speed in the future, but he thinks “we’ll see those changes land early next week”—even though Condrey added “I reserve the right to be wrong on that date.”

Most of today’s changes will have a major impact on the competitive meta in WWII, but fans won’t have to wait long to see how they affect the game, because the CWL Pro League begins on Jan. 23.