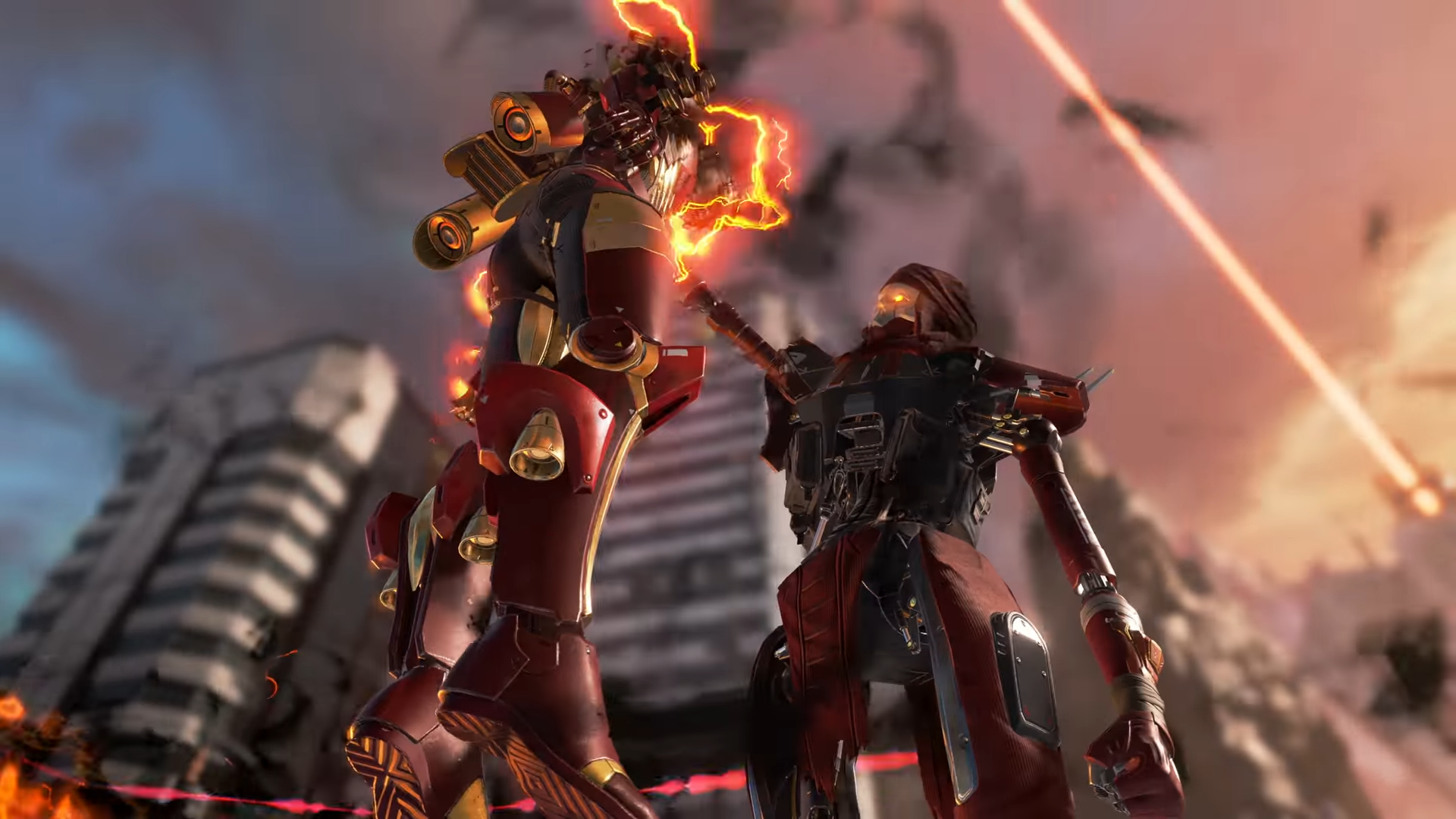 Apex Legends’ fourth season kicked off with a bang today. Assimilation is bringing in a myriad of novelties and balancing tweaks and there’s plenty of gameplay changes incoming. The season ushered in a new character with a complex skillset, a new sniper rifle, a ruined version of World’s Edge, and tweaks to Ranked and to loss forgiveness.

But that’s not all that Assimilation introduced. There are tons of buffs, nerfs, and changes to weapon pools in the new season. Here are the details on what’s new.

Players may notice a new ammo type in World’s Edge. Assimilation introduced a new category for munitions designed specifically for marksman rifles. The new sniper ammo will force players to manage their bullets more carefully without impacting other weapons. Each pickup will only yield 10 precious shots.

“Our goal here is to create a deeper, more balanced long range meta,” the patch notes read. “Since snipers shared ammo types with SMGs and LMGs, there wasn’t a great way to put ammo scarcity on sniper rifles without really penalizing the more ammo hungry weapons that used the same ammo type.”

The category is also getting a specific extended magazine to increase clip size. All snipers in the game will take the new ammo type. It’s compatible with the Sentinel, Longbow DMR, Triple Take, and Charge Rifle. The G7 Scout is missing from that list, but for good reason.

The G7 Scout was moved into the Assault Rifle category alongside the R-301, Hemlok, and Flatline. This effectively kills off the weapon’s compatibility with sniper attachments, such as scopes and stocks. The Scout will require standard accessories for ARs, but players can equip the double-tap hop-up as normal. Respawn also reduced the G7’s fire rate to 4.0 from a previous 4.5 and the time between shots when using the double-tap hop-up was increased.

Removal of Turbocharger, changes to Havoc, Devotion, and L-Star

Players who look too hard for a turbocharger will find that their efforts were in vain. Respawn removed the hop-up from the game in season four but made a few tweaks to the Havoc and Devotion to offset that change.

The base Havoc received some buffs to compensate for the loss of the Turbocharger. Its fire rate when using the Selectfire hop-up was greatly increased and Respawn reduced the horizontal recoil on the weapon, “making it easier to control.”

The Devotion will become a crate weapon starting in Assimilation. The patch notes say that “a fully kitted Devotion is actually one of the strongest weapons in the game, and could work at crate power level.” Players lucky enough to get a Devotion in a crate will find it already comes with Turbocharger functionality.

The L-Star will swap places with the Devotion. Players can find it outside of supply drops and the LMG will consume energy ammo, much like the Devotion. Respawn removed its reload mechanics, but it’ll still overheat after prolonged fire. Its damage per shot dropped to 18 from 19 and its fire rate dropped to 10 from 12, but it has “less horizontal viewkick” when firing.

Respawn also balanced other weapons across a few categories. The developers were aiming to “reduce the power of some weapons that seem too strong and give a little boost to some weapons that haven’t been performing as well as we’d like.” Two of the most popular weapons in Apex, the R-99 and the Wingman, were adjusted as part of the changes.

The R-99 will deal 11 damage per shot (instead of 12), but clip size attachments have a bigger effect on the weapon. The weapon’s base magazine was raised to 20 instead of 18 and a level one attachment gives players two extra shots. A blue clip holds a total of 24 bullets instead of 23 and purple attachments or better are unchanged.

The Wingman’s base clip size was increased by one round to a total of five, but purple magazines will only hold eight bullets instead of the previous 10.

The patch also increased the effectiveness of heavy weapons, like the Prowler and Hemlok. The SMG received a damage increase to 15 points per shot (from the previous 14) and the burst AR had its single-shot fire rate increased to 6.4 from 5.6 rounds a second.

Shotguns weren’t immune to balancing, either. The patch unsurprisingly didn’t alter the Peacekeeper after the series of adjustments the weapon went through over the course of season three. The EVA-8, however, will shoot slightly faster with the double-tap hop-up, with a delay of 0.80 instead of 0.85. Respawn also fixed an exploit that allowed players to fire the Mastiff rapidly.

The update introduced a new gold weapon pool, too. Players can find the Havoc, Sentinel, Prowler, R-301, and the P2020 in fully-kitted variants scattered all over the maps.

Respawn revealed it used “special tech” to ensure that “the reticle on the optics stays centered even as the gun moves around a bit.” Until Assimilation, the feature was restricted to scopes and optics and weapons with iron sights could be “slightly inaccurate.” The patch fixed the iron sights on a series of weapons to improve their consistency.

The Apex community considered Bloodhound one of the characters in most need of a buff and the patch delivered extra power to the tracker’s ultimate. Downing a player during Beast of the Hunt will add five seconds to its timer. The change allows players to extend the starting time and prolong the ultimate with enough kills.

Crypto also received a few tweaks to improve his consistency. His EMP will no longer destroy friendly Gibraltar shields, but players won’t be able to stick dome shields to his drones. They’re the only two legends affected by the patch.

The update also contains undisclosed changes to skill-based matchmaking (SBMM), a contentious topic in the Apex community. The patch notes say that “we’ll be pushing out changes globally to matchmaking that we’ve been testing in specific regions,” but doesn’t specify what these changes could be. Respawn also said that “skill-based matchmaking has existed in Apex since launch” and that it would continue “to improve it over time.”

Bug fixes and quality of life

Respawn fixed a series of bugs in Apex with the latest update, including mysterious spots “where players were getting stuck or getting to places they shouldn’t.” Developers also solved a glitch that stopped players from separating if the Jumpmaster disconnected and improved the game’s stability.

The patch also allows players to add favorite skins and cycle randomly through them between matches, fixed visual issues with the Ring’s brightness, and improved colorblind settings. The patch notes don’t list any adjustments to muzzle flash, however, an issue that players have been complaining about for some time.