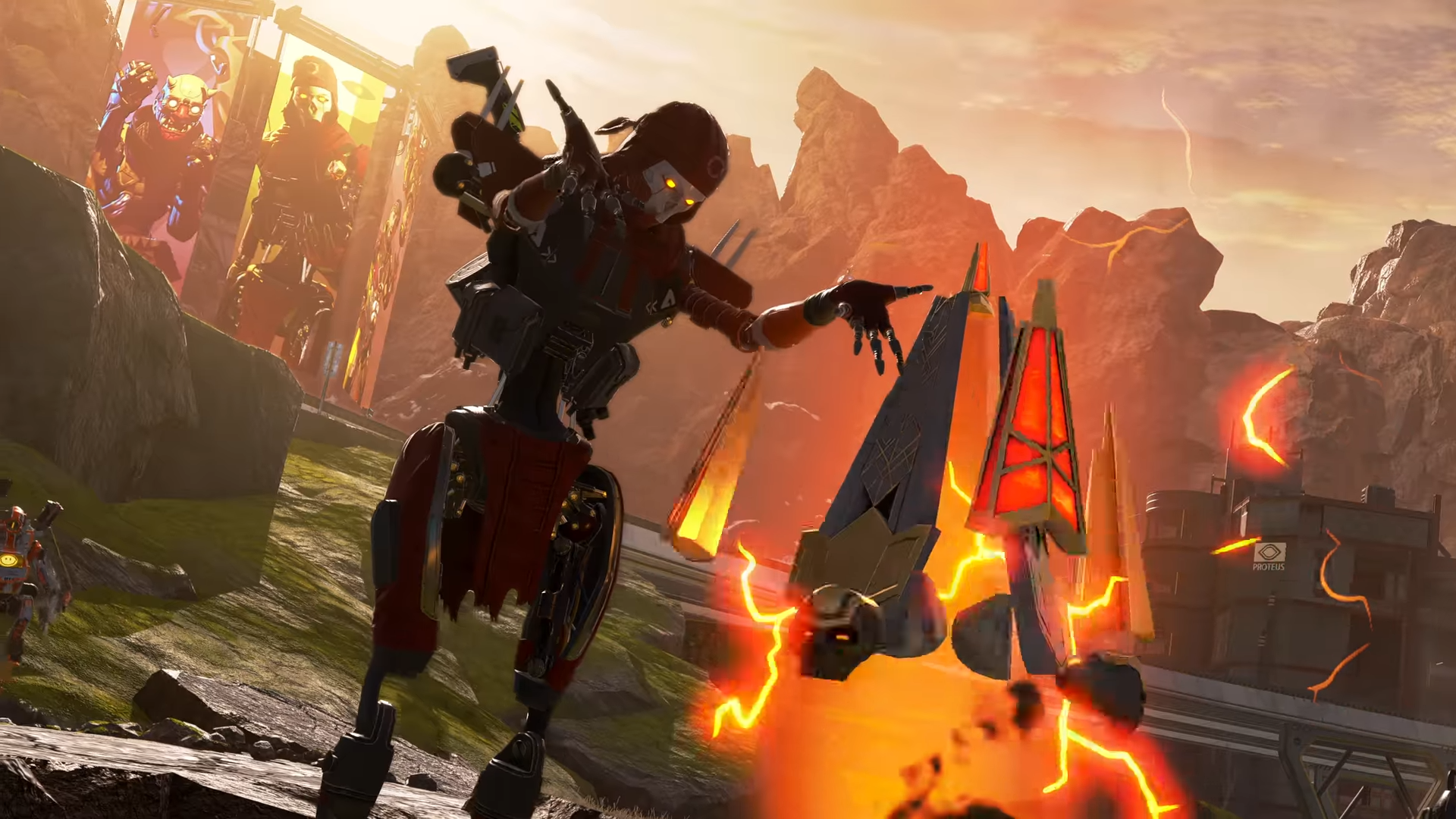 Respawn Entertainment showed-off its latest Legend Revenant and his abilities in the latest gameplay trailer for Apex Legends season four.

The Assimilation trailer began with Revenant supposedly tinkering with the Hammond Industries broadcast, and it was cut short with Revenant killing Octane. The former mercenary turned robot can be seen sliding across the map with ease, eliminating opponents using several abilities.

His passive ability, Infiltrator, was displayed first in the trailer. This ability grants Revenant increased walk, crouch, and climbing speed, which allows him to quickly maneuver the destroyed Apex map. Later in the trailer, his increased climbing speed can be seen in combination with his ultimate and projectile abilities.

At the midsection of the trailer, we see what’s likely Revenant’s ultimate ability. This is Death Recall, which grants his teammates the power to overcome death itself after a small totem is dropped on the ground. Players that are killed return to the totem with 20 health points. If that wasn’t scary enough, Revenant and his teammates will become walking zombies, overlayed with dark and black sludge.

But these weren’t the only two abilities shown-off. During this ultimate ability transition, Revenant threw a device on a rooftop toward three enemies. Revenant has two projectiles, Silence and Poison Bomb. The unknown device seemed to disable the enemies in some capacity, which could make it his Silence projectile.

After combining these two abilities, Revenant eliminates two opponents and executes the third. “It’s just a bad dream,” he said, after slicing through Mirage.

Revenant and his new abilities will be available tomorrow, likely with some extra skins, alongside the release of season four.