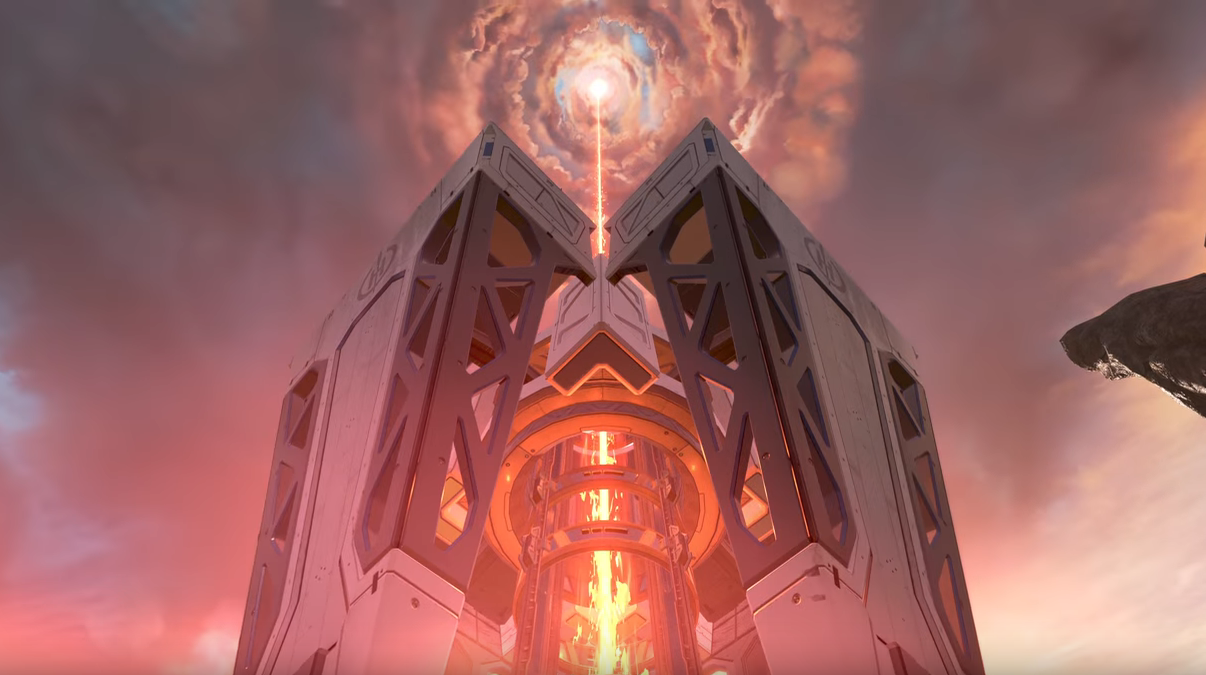 For Apex Legends fans tired of dropping in World’s Edge, things are about to heat up.

Here’s how World’s Edge is changing for season four, Assimilation.

A Planet Harvester is replacing Fuel Depot and is being used by Hammond to gather metals from the core of the planet for “reasons unknown.” McCord explains that the “large, multi-level design” should bring “exciting” gameplay. And long hallways that lead towards the center of the structure should make it easier to defend against frustrating third-party flanks.

The red beam emanating from the Planet Harvester can be seen from the entire island and will be a focal point at the center of the map.

Players will now be able to drop in either side of the city, Fragment East and Fragment West. There are only two ways to cross the fissure, aside from Pathfinder and Octane’s ultimate abilities, a zipline or a fallen skyscraper that acts as a bridge.

With Capitol City split into two zones, protecting against third-partying is easier and players can use Wattson and Caustic to set up appropriate defenses. And even though original design for the fissure had players die automatically when falling in, devs decided to allow an updraft slowly take you to the other side. Players who fall in will take 25 damage and be easy pickings for enemies.

The changes to World’s Edge will certainly be popular drop points, but Respawn wanted to give something to smaller locations as well. The new Survey Camp POI is lodged in the snowy fields between Epicenter and Skyhook.

To draw players to the remote zone, Weapon Racks will be set up in the small buildings that provide good guns for those willing to avoid premiere drop locations. The Weapon Racks are similar to those found in the Firing Range and should influence where players drop.

Fans eager to jump into the action don’t have to wait long. Season four, Assimilation, kicks off tomorrow, Feb. 4.