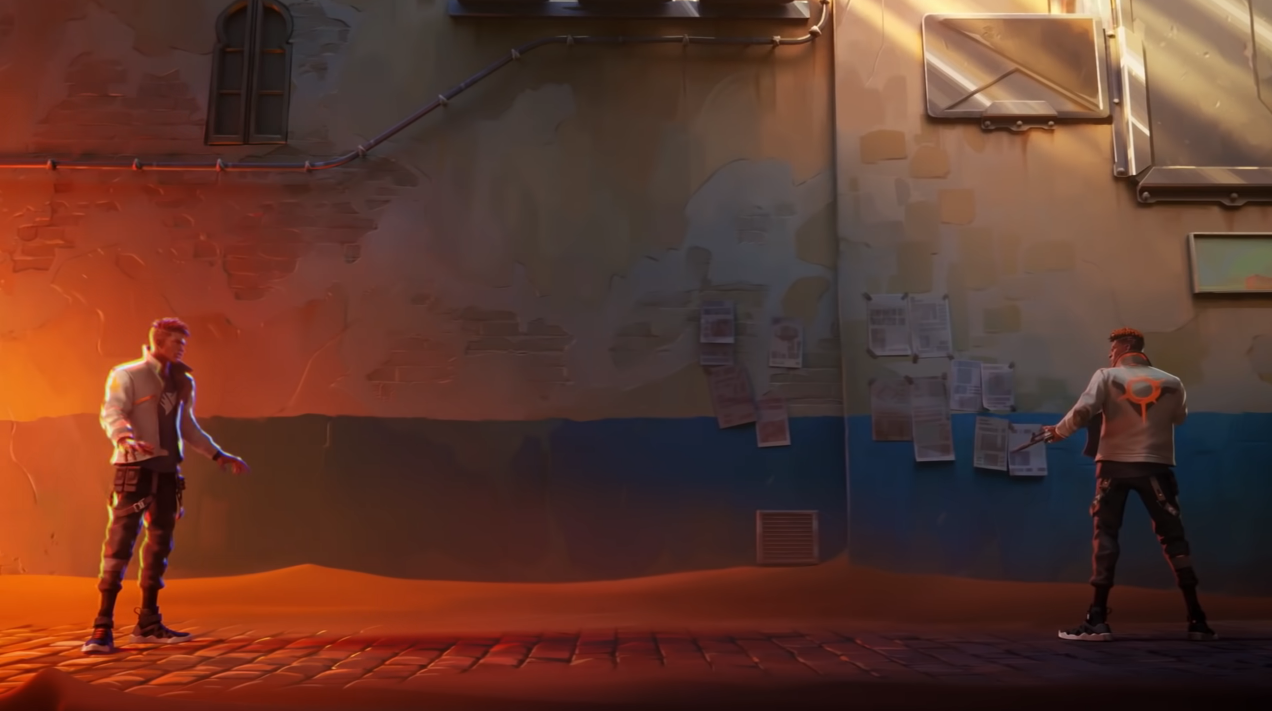 VALORANT is now officially one year old. And while it may be early into its tenure, Riot has offered plenty of lore to dive into.

Here’s what we know so far about VALORANT‘s story.

Around the year 2039, a bewildering event hit Earth (or Earth-1) that dramatically changed everyday life for all inhabitants, according to a March 2020 Polygon article. Coined “First Light,” the unusual occurrence helped humanity develop breakthrough technology using a new power source called Radianite. Even more importantly, some people were gifted special abilities after First Light (think Phoenix, Astra, Sage, etc.). These “Radiants” were then recruited by a shadow organization to be a part of the VALORANT PROTOCOL (VP), keeping Earth safe along with other agents who use Radianite technology for battle (Killjoy, Breach, Raze, etc.).

A company named Kingdom began harnessing Earth’s Radianite after First Light and is now responsible for three-quarters of the world’s energy production. But the new energy source is starting to have unintended consequences on the world.

VALORANT PROTOCOL and Kingdom do share some ties. Brimstone and Viper, who co-founded VP, were previously employed by Kingdom, along with Omen and Killjoy. And they’re also the first four members of VP, potentially aware of the effect Radianite has on the Earth through their dealings with Kingdom.

Even though Kingdom isn’t directly a part of VALORANT’s main conflict, according to Cynprel, they still share some responsibility in what’s happening post-First Light.

“Kingdom is unethical,” Cynprel said. “I would compare them to something like Amazon, but with invaluable resources at their disposal. They’re evil in the sense that they’re mistreating the Earth and, at times, the cultures and people that inhabit it. They downplay the true dangers of Radianite and show no signs of wanting to drop their cash cow, so in that sense the world should want to keep an eye on them.”

The disaster in Venice

VALORANT‘s first cinematic, DUELISTS, takes place about 10 years after First Light. Fans get a first glimpse at the VALORANT PROTOCOL, with Phoenix chasing down a hooded Jett to try and secure a “package.” The hot-handed duelist eventually fails, however, and the trailer pans to a cataclysmic scene with a large chunk of Venice hovering hundreds of meters in the air.

The Ascent map is the byproduct of this destructive event, now a battlefield for players to go head-to-head on. But there’s definitely something peculiar about the landscape, especially with two unusual rifts hovering overhead in-game.

Creative director David Nottingham explained in a blog post earlier this week that an explosive device using Radianite, which players refer to as the “Spike,” was the culprit. With Radianite capable of upending an entire city, maybe it’s not the “clean and safe source of energy” that people thought it was over the last decade.

“We’re not sure why the Spike in this circumstance lifted the Earth,” Cynprel said. “There’s no dialogue that suggests that happens every time the Spike is used. So we assume that there’s some sort of unstable Radianite, or maybe a larger amount of Radianite than presumed, and something went wrong, the Spike malfunctioned.”

The change in public perception regarding Radianite dramatically affected Kingdom and its profits. While the company issued a statement asserting that Radianite is “beyond safe,” as seen in the DUALITY cinematic, many believe the energy source was involved in the Venice catastrophe. As a result, Kingdom’s stock tumbled and it saw the “largest single-day drop” in the company’s history.

One of Riot’s bigger revelations of VALORANT lore appeared in the DUALITY cinematic that aired during last weekend’s VCT Masters Two grand final, where it became apparent that each agent has a mirror-version of themselves hell-bent on capturing Earth-1’s supply of Radianite.

Viewers, and the naïve Phoenix, simultaneously learn of the seemingly evil doppelgängers. When the duelist is chasing a mysterious figure through Bind, he discovers that he’s been shooting at himself—well, a mirror of himself. This obviously piques his curiosity and he asks Viper: “how come they look like us and what do they want our Radianite for?” While it’s clear that Viper, Killjoy, and Brimstone were already privy to this information, Phoenix was left in the dark.

The trailer ends with the mirror agents discussing their botched mission, deciding to send full teams in to attack Earth-1. And then fans get to see two Earths side-by-side, suggesting another world (or multiple) exists in an alternate reality.

On a basic gameplay level, a mirror world is a great way to explain why VALORANT teams can lock in the same agents. This avoids the “narrative dissonance” that Nottingham discussed, where characters and a story might not sync up with the actual gameplay. If there are mirrored-versions of agents, then the attacker side likely plays the role of the sinister doppelgängers looking to destroy parts of Earth-1 with the Spike and harness its Radianite. Defenders, on the other hand, might be the VALORANT PROTOCOL tasked with the mission of keeping Earth-1 safe.

As Riot continues to peel back the onion that is VALORANT lore, more questions keep popping up. Who are the mirror agents? Why do they want Earth-1’s Radianite? Are there two (or more) alternate universes? And how does Kingdom fit into all of this?

The origins of the mirror agents are unknown. But Cynprel surmises that the First Light might’ve had something to do with their creation since it was such a “large release of energy.”

One of the more intriguing mysteries, however, is understanding the mirror agents’ motive for attacking Earth-1’s Radianite store. There are, of course, numerous community theories. But Riot has yet to confirm any of them.

“It’s either because their Earth simply does not have the Radianite, or they need more Radianite than they possibly have on their Earth to build something, or further their advancements,” Cynprel said. “They’re potentially more ahead [in the timeline] and something happens to their Radianite, forcing them to rely on the other Earth’s Radianite.”

If the mirror Earth is ahead of Earth-1 in the timeline, it would also explain why they’re further advanced. The Spike, for example, was a foreign device to the Earth-1 agents in the DUALITY cinematic. But Killjoy’s in-game defuse voice line (“Oh no no, you don’t deserve my inventions”) potentially hints that the mirror version was the Spike’s creator. In the cinematic, we also see mirror Phoenix teleport back to his crew through a rift. This is potentially something that only the doppelgängers are aware of.

While we might not have all the answers to these questions yet, VALORANT‘s second year is sure to be chock-full of lore.