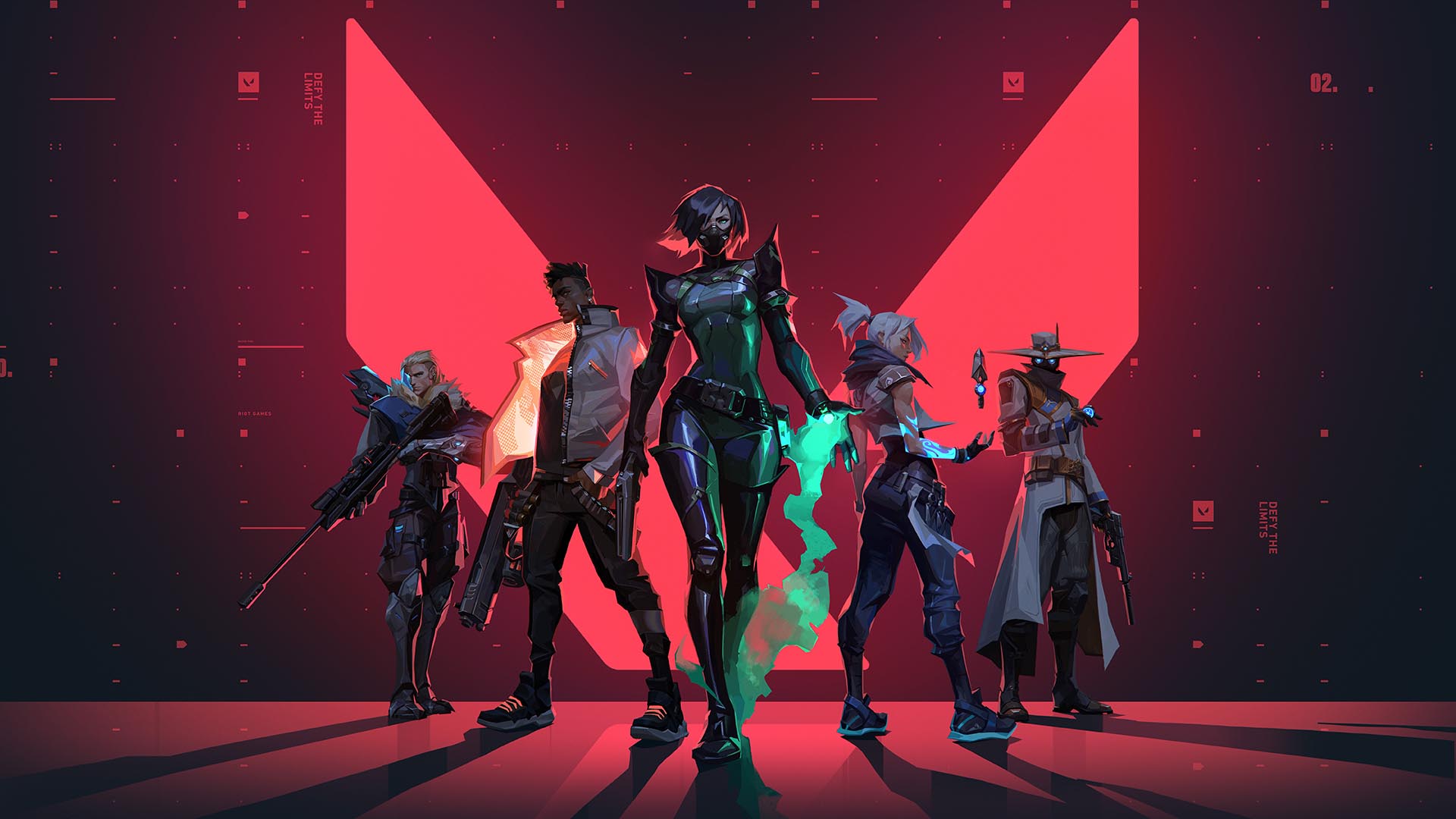 The make-or-break moment in a ranked VALORANT game happens in agent selection before the map has even loaded. At the pivotal point of your game-playing experience, players are subjected to all manner of variables, from insta-locking one-trick horses to time-consuming indecisiveness.

If you’re like us, you’re more likely to be one of the latter than the former and you’re still probably struggling to make a decision regarding which agent you want to play. But with any problem, the first solution should always be to turn to the professionals.

We looked at the agent pick rates from four of the top North American professional teams: Sentinels, 100 Thieves, TSM, and Envy. After pouring over the data, we’ve taken the full field of agents and separated them into tiers based on their pro pick rates, according to VALORANT stats site VLR.gg. For the sake of consistency, we’ve used data from the beginning of the First Strike qualifiers until now to not go too far back into previous metas.

We’ll look at why certain agents are at the top and the bottom, which agents are “insta-locks” for certain pros, and other anomalies that may present themselves. And maybe you’ll get a better sense of what agents you’ll want to pick in the near future.

Here are the VALORANT agents that are played the most by NA pros.

Across the 135 maps used in our sample, the shadowy controller Omen was the clear top option since he was picked in 130 of those maps. There were no discrepancies or anomalies when it came to team preference or map pick either, he’s simply the most popular. But why?

Omen has become a go-to favorite for some of NA’s most savvy veterans, like TSM’s James “hazed” Cobb and 100 Thieves’ Nicholas “nitr0” Cannella. Watch nitr0 perfectly sync up his Paranoia with teammate steel’s push, blinding his enemy under Heaven on Ascent. This play was critical for his team to get back into the game and was aided by the lengthy smoke on A main.

Omen has a rare trio of abilities that provide him with disruption, mobility, and cover. He can disrupt with Paranoia, an ability that’s extra potent because it can be sent through walls. He has two different teleportation abilities that let him flank enemies and avoid dangerous angles. And his smokes provide extensive cover, now the second-longest in duration after Brimstone’s 2.0 buffs.

Jett stands out as North America’s premier duelist with 112 picks out of 135 maps. But Jett doesn’t have the same consistency as Omen across all maps. While Jett is a heavy favorite on Haven (100 percent), Split (100 percent), and Icebox (91.67 percent), she drops to less than 75 percent usage on Ascent and only 51.85 percent on Bind. While the other three top NA teams have high Jett pick rates (87 to 100 percent), Envy’s is significantly lower (53 percent) because they rarely play on Ascent and Bind.

Despite the anomalies, Jett’s quickness and flashiness allow some of the younger talents in North America to elevate themselves into potential superstardom. TSM’s Matthew “Wardell” Yu and 100T’s Quan “dicey” Tran have both been absolutely dealing on Jett, using her dash and Updraft to make aggressive highlights. Watch dicey use Jett’s ultimate knife set to turn the tide against TSM in a pivotal round. He uses Updraft to take away an opponent’s headshot, then dashes to unload his full knife storm at close range.

While mobility and lethality are her greatest strengths, Jett can also assist in controlling the map with her Cloudburst smokes, although these have recently had their duration nerfed from seven to 4.5 seconds. While this may lower her pick rate in the near future, it’s hard to imagine that she’d tumble out of the top tier.

Sova cracks the top tier as a consistent pick across all four teams since each of them finds a use for the information-gather initiator. But there’s one glaring exception: Split. In the 26 games played on Split by these teams, he’s been picked zero times. Split’s map design and varying elevation make the recon dart tricky to use. And before its Patch 2.01 changes, Split had lots of pockets to hide from the drone in. Icebox is also unpopular (25 percent) for this agent, but that could just be due to a lack of familiarity with the map. But Sova’s pick rate on Bind, Split, and Ascent combined is a staggering 97 percent.

Sova has been a perfect option for 100 Thieves’ Spencer “Hiko” Martin. Hiko’s legacy in Counter-Strike is defined by being a clutch player and having shock and recon darts that reveal enemy positions, force them out of hiding spots, and interrupt spike defuses gives him an extra advantage in one-vs-one situations. Watch him use the shock dart to force an enemy player off the spike and right into his Vandal spray.

Sova’s arrows are the core of his utility. They can be pivotal toward opening up sites to start a round and locking down a clutch to end it. The recon arrows combined with Sova’s drone allow him to explore almost all angles on a site without putting Sova himself in any immediate danger. With the changes to Split removing a lot of the cubbies and corners that people can hide in, we can actually expect Sova’s rate on Split to rise just a little more going forward.

Raze just edges out another duelist for the second-highest pick rate for that role. But much like Sova, there are maps where she’s rarely used, like Ascent (25 percent), Icebox (17 percent), and Haven (six percent). She’s a popular pick on Split (93 percent) and Bind (100 percent), however. Once regarded as the most overpowered agent, her numbers have slowly declined since the beta. But she can still be found on most five-stacks.

While he also enjoys Sova, Sentinels’ Jay “sinatraa” Won can be absolutely deadly on Raze. Being able to fly into sites with a satchel boost perfectly fits his ultra-aggressive style and all the firepower in Raze’s other abilities make the deadly aimer even more dangerous. Watch him soar into a bombsite on a retake using satchels at NSG’s Winter Championship.

Raze’s paint can grenades and Boom Bot can add an element of precision to her destructive ways, allowing her to clear out corners and hiding spots before flying into a site. And in terms of pure damage output, her ultimate is still one of the most ferocious in the game. Just the sound queue will send enemies scurrying for cover.

Fly, Phoenix fly. The fiery agent just clears the 50-percent mark by a few points, notching the third-highest rate for a duelist. But while Raze had consistent pick rates among all four teams, there’s some greater variance when it comes to Phoenix. He hovers around 50 percent for both Sentinels and Envy, but he drops to less than 23 percent on 100 Thieves. On TSM, though, his rate skyrockets to 87.5 percent. And that’s because of one especially dangerous Phoenix player.

TSM’s Taylor “drone” Johnson might be the most dangerous Phoenix player in all of North America right now. When a lot of the attention was on Wardell heading into and during First Strike, drone emerged from the shadows and blinded the competition with his outstanding play on Phoenix. Just watch him use almost all of his abilities to reverse the momentum against 100 Thieves. He gets an early frag, cuts off the rotation with Hot Hands, ultimates into the site to get a frag, then flashes in to finish them off.

Phoenix’s greatest strengths are his versatility and sustainability. Phoenix can flash into sites, wall off portions of the map, and use Hot Hands either to chase enemies out of corners or heal himself. His ultimate can be used to get risk-free frags that favor those with a bold playstyle.

Cypher’s 50-percent overall pick rate doesn’t reflect at all how often teams actually used him. Both TSM and 100 Thieves hardly touched him with an average 19-percent pick rate, but he’s a top-three agent for both Envy and Sentinels, who picked him with an average 80-percent rate. This is due to TSM using the triple duelist setup for most of their compositions, while 100T relied on other agents for similar utility (more on that later).

Two of the most well-experienced veterans of Counter-Strike, Sentinel’s Michael “dapr” Gulino and Envy’s Pujan “FNS” Mehta, have found their stride supporting their team as Cypher. Their use of Cypher’s utility allows them to protect their aggressive teammates on site pushes and they can both hold sites solo on the defensive end. Cypher highlights using their abilities are hard to come by, but watch dapr smartly put down his cage to cover this lurk against Luminosity.

Cypher’s use of cameras and traps are the perfect fit for the non-aggressive, supporting player on a competitive VALORANT squad. With his camera and ultimate abilities, he’s an excellent eye in the sky for any in-game control freak as well.

Before we get to the bottom tier of agents picked, we have to talk about Killjoy. Overall, her pick percentage stands at a meager 28 percent, but 100 Thieves have been making excellent use of her across several maps. How they used her was paramount to the success they found in their First Strike victory.

The utility-focused agent was entrusted to one of the smartest tactical players in FPS history, CS:GO veteran Josh “steel” Nissan. Steel was frequently left alone to defend a bombsite on his own, but all of Killjoy’s combined utility allowed him to play safe, passive angles while slowing down the attacking team. This let his teammates stack other bombsites and gave them plenty of time to rotate for a retake. Watch him recognize the strat the opposing team is using and place his turret in the perfect spot. He only gets one kill, but it’s instantly traded and his teammates are able to take the site.

Steel switched over from Cypher to Killjoy and the results so far have been excellent. The utility kit he has is a perfect fit for the big-brain lurking style he plays with. Cypher is a great agent to use to either set up your teammates for easy kills or set them up for yourself if you’re feeling hot with the rifle. And having an ultimate that effectively clears out an entire bombsite is a helpful tool to have as well.

These agents aren’t getting the full treatment because they’re not worth it at this time. No disrespect to anyone who mains any of these agents, but right now in North America, these characters consistently aren’t in any compositions.

Breach, Reyna, and Skye are niche picks that are only really picked about half the time a team plays one specific map. Breach gets some run on Split (54 percent) and once in a while on Ascent (25 percent) but is a complete no-show on the rest. Similarly, Reyna shows up on less than half of all Ascent games and less than a quarter of Haven matches. Skye is strangely popular on only Icebox (75 percent), but that’s likely because her ability kit is useful in seeking out enemies—and that’s needed on a map that a player is less familiar with.

Brimstone, Sage, and Viper are down in the absolute pits (less than five percent). There’s a better version of each of Brimstone’s abilities on another agent, although the recent buff to his smoke duration could help him see a slight rise in his usage. Sage and Viper desperately need buffs to get some run in North America, despite Viper’s niche popularity in Europe. In 145 maps we looked at, she was picked just once. TSM picked her, Hazed played her, and the team got smacked by Renegades during a First Strike qualifier.

Stay tuned to Dot Esports, where we’ll explore other regions and return to this data to see what changes throughout the VALORANT Champions Tour.