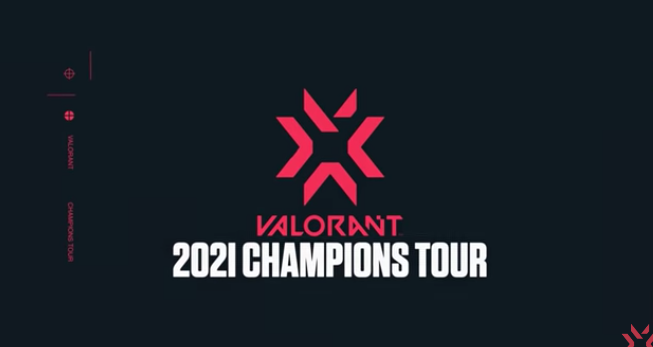 VALORANT’s pseudo-offseason is nearly over following last month’s First Strike event. And now, teams are gearing up for an even bigger year of competition.

Riot’s tac shooter may still be in its infancy, but the VALORANT Champions Tour (VCT) should speed along its maturation. Teams will compete in regional qualifiers in hopes of making it to the international championship and being crowned the best team in the world. But with new signings, rebuilt rosters, and more practice, there’s plenty to keep an eye on.

Here are the best North American storylines heading into the VCT.

After 100 Thieves rebuilt their entire roster around captain Spencer “Hiko” Martin, the results were exceptional. Despite having little time to practice, the team made up of veterans and young fraggers snagged the title of First Strike: North America champions and became $40,000 richer.

One week later, they lost to Sentinels during the JBL Quantum Cup semifinals.

This has been a common occurrence with NA’s top four teams. In any given tournament, a different victor can be crowned. TSM won August’s FaZe Clan Invitational. Sentinels won the Pop Flash Invitational later that month. Envy won the First Strike NSG Closed Qualifier in November and 100 Thieves took home the title at the main event in December. Throw in a long list of other variables—new agents, new maps, new metas, new teams, and so on—and the top four spots become even more unpredictable.

But 100 Thieves, Sentinels, TSM, and Envy undeniably top the list coming out of 2020. And if they continue performing consistently on the main stage, it’s possible for them to stay on top.

Sentinels are talented and can adapt to any situation thrown at them. Any player can be singled out for their incredible contribution to the team, whether it’s Jay “sinatraa” Won’s star power, Shahzeb “ShahZaM” Khan’s Jett plays, or Hunter “SicK” Mims’ vast agent pool.

TSM’s in-your-face aggression puts pressure on opposing teams, throwing off strats and flustering enemies. And with the team pioneering a triple-duelist comp following the nerfs to sentinels, that tactic has only further evolved. With star Oper Matthew “Wardell” Yu and Taylor “drone” Johnson transitioning to their third duelist, TSM will continue to be a scary matchup.

100 Thieves seemingly have the perfect combination of experience and talent, which clearly works in their favor. But with Nicholas “nitr0” Cannella and his wife expecting, the Omen player will likely miss the beginning of 2021’s VALORANT season. The team hasn’t confirmed who will stand-in for the former CS:GO pro, but it’s unclear how the temporary addition will fit in.

And Envy, led by one of NA’s smartest in-game leaders in Pujan “FNS” Mehta, has quickly risen through the ranks. The team proved they aren’t underdogs, “just very underrated,” duelist Jake “kaboose” McDonald told Dot Esports in November. Now the team seeks to chase down that elusive first-place spot.

Expectations are high for the top four—and it’s anybody’s game.

The biggest event of the “offseason” was easily Tyson “TenZ” Ngo stepping down from C9’s VALORANT roster to pursue content creation, leaving two gaping holes in the team’s lineup. It’s tough to replace an experienced in-game leader. It’s even tougher to replace a generational talent like TenZ, who’s arguably one of the best VALORANT players in North America.

The team clearly struggled last year, failing to even qualify for the First Strike main event. And a change definitely had to be made, especially with an organization as big as C9. But it’s hard to imagine where the team goes from here.

Cloud9 fared OK in their first competitive appearance without TenZ. Stand-ins Son “xeta” Seon-ho and Nathan “leaf” Orf, who’s now officially signed with the team, didn’t perform exceptionally well in last weekend’s NSG Winter Championship. While C9 scraped their way out of group play, they were eliminated in the quarterfinals by Andbox. And some of the region’s top teams, like TSM and 100 Thieves, didn’t participate in the event. The competition will only get tougher throughout the Champions Tour.

Obviously fans can expect some growing pains with any new roster. But with open qualifiers for the Champions Tour starting soon, C9 will need to solidify its starting lineup alarmingly fast.

While a lot of VALORANT discussions circle around the scene’s biggest organizations, there are plenty of teams who want to elbow their way into those conversations.

NRG picked up one of the most promising young duelists in Ryan “Shanks” Ngo, who jumps between Jett and Reyna. And even though they were knocked out in the NSG Winter Championship quarterfinals by Luminosity (who went on to win the whole event), they still beat Sentinels to come out of groups. With some more time to build on synergy and hammer down strats, NRG can easily emerge as this year’s dark horse.

Luminosity made an even bigger splash at the NSG Winter Championship, toppling teams like NRG, Equinox Esports, and finally Sentinels for a first-place finish. Though some notable teams were missing from the event, Luminosity’s 3-2 win over Sentinels is telling. The team went toe-to-toe with one of the best squads in NA, staying composed in a grueling five-game series. And they did it with two stand-ins, Diondre “YaBoiDre” Bond and Kaleb “moose” Jayne. While the organization has yet to announce if the two will be officially signed, it wouldn’t be surprising considering their most recent accolade.

FaZe Clan, Renegades, and T1 can also be looped into this category. Each of those teams made it to the First Strike final eight, proving they have what it takes to compete with the best. And since their rosters remain intact, an extra couple of months of practice and learning from past mistakes can do wonders.

The first VCT Open Qualifier kicks off on Jan. 27 in NA.