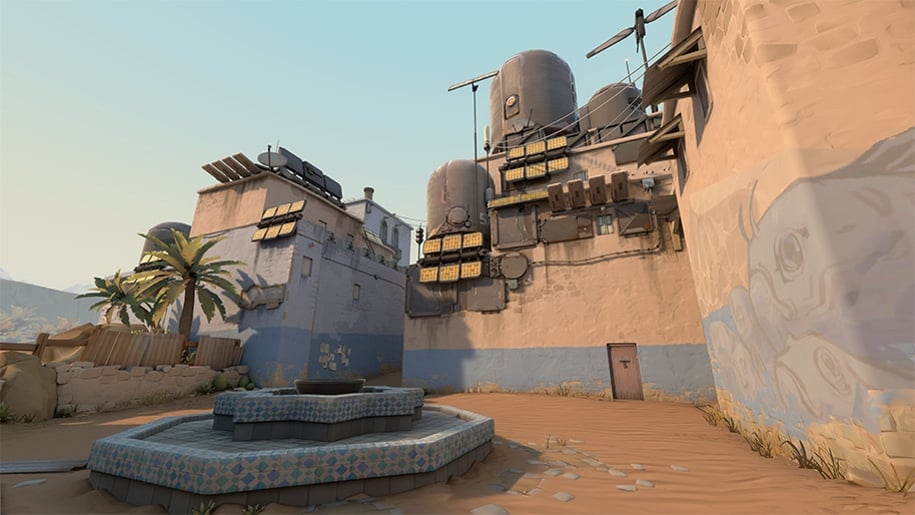 The VALORANT Arabia Twitter account posted a nine-second teaser today—and nobody knows what to do with it.

The video briefly shows a small street in what looks like a desert with an unknown voice speaking in Arabic. While some say it resembles the already-existing Bind, others think it potentially teases a new map or agent. It can also be hinting at an upcoming cinematic that will drop to expand on VALORANT’s lore.

One fan translated the voice-over to English, claiming it says “in times of war/battle do not be afraid of bombs,” according to a Reddit post. And the text shown at the end simply means “get ready.”

Data miner VALORANT Leaks believes there are currently three maps in development. Though it’s unknown if this teaser is giving a sneak peek at any of them.

VALORANT Episode Two, Act Two still has another 42 days remaining. Assuming Riot would release a new map or agent in Act Three, a teaser releasing today would be relatively early. Some think this may be in relation to the upcoming Infantry skins unveiled earlier today. But it would seem odd for Riot to create a teaser based on a bundle that’s far cheaper than other collections and won’t offer any special animations or a finisher.

In a December dev post, creative director David Nottingham said Riot would dive deeper into the world of VALORANT. Nottingham shared images, including one of Phoenix and Viper in a location that resembles today’s teaser. This may suggest that a new cinematic is on the horizon.

Riot has yet to confirm any of this information.