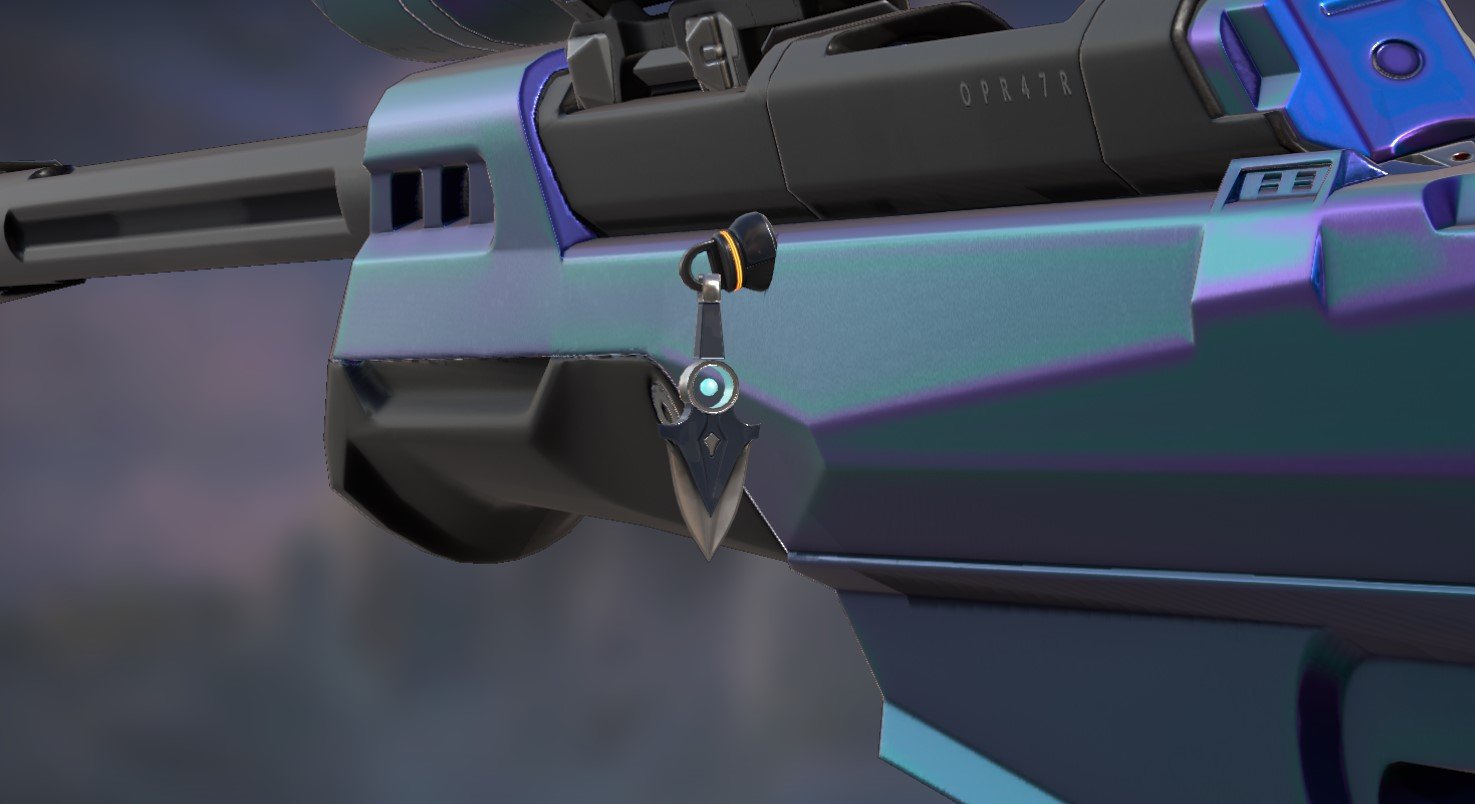 VALORANT‘s closed beta has been available for only a day, but it has already picked up incredible steam within the gaming community. Like many other first-person shooters, there are different ways to express yourself on the battlefield that don’t have to do with gunplay.

Cosmetics aren’t a huge element in Riot Games’ first foray into the FPS world, but there’s still a good amount of weapon skins that should keep people happy while the beta moves forward over this month. Cosmetic additions that some fans might not know of are the special Gunbuddies that players can attach to their weapons.

You can find the Gunbuddy charms under the Collection tab, under each weapon. When you click on a specific weapon, there will be a Skins tab and a Buddies tab, which is where you can access every buddy that you have unlocked so far.

Each agent in the game has their own buddy that represents who they are. For example, Jett’s Gunbuddy charm is a miniature version of her throwing knife, and Sova’s Gunbuddy is a mini version of his Owl Drone’s head.

The only way to unlock these agent-specific buddies are to play them until you hit tier six with each agent. It’ll take numerous games, but it’s a free reward and there’s a good chance that many people will be running VALORANT in the coming months.

There’s no doubt that as the game progresses and the official release arrives this coming summer, Riot will be adding a more buddies to feature on your gun. They aren’t the first FPS game to feature charms on your gun, but it makes sense that the developers allow players to customize their weapon extensively, since they might not have any character skins for the near-future.