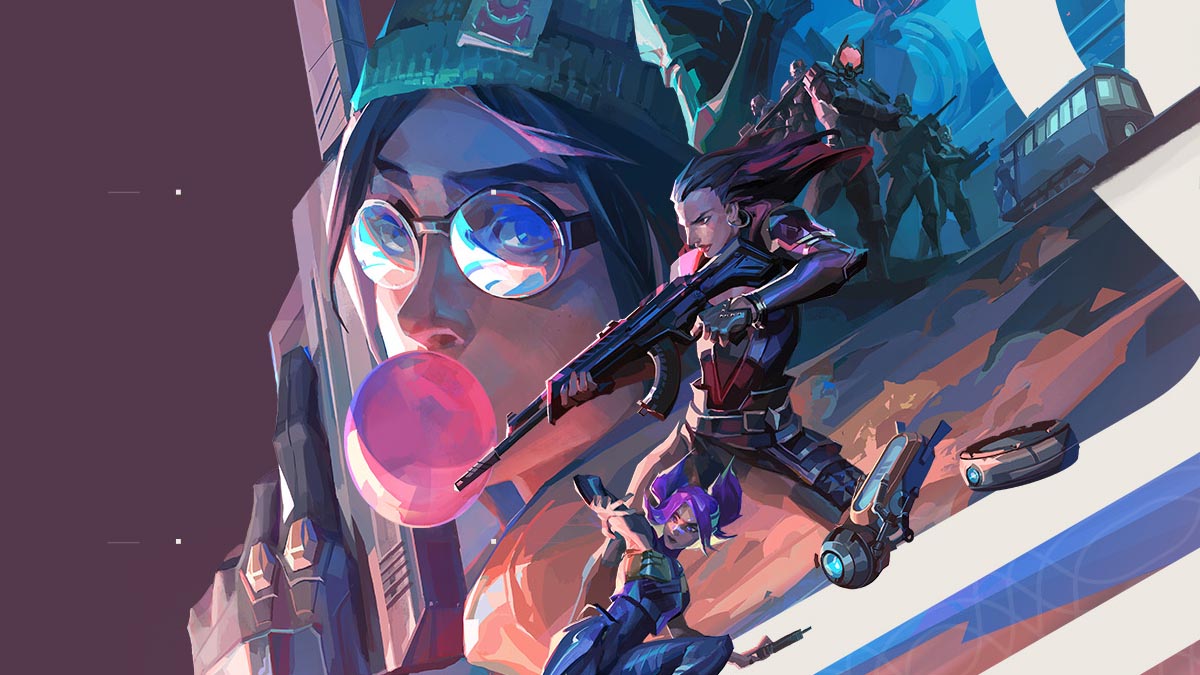 Team-based shooter VALORANT has characters with powers that help them do better in games and gain advantages. Because of its tight maps, it not only makes players strategize and be smart about where they move, but it also makes them shoot well. You can die early if you turn a corner without knowing what’s around the corner.

Since many games have gotten into the battle royale craze, VALORANT is one of a kind. The larger maps of battle royales that give more freedom and time to prepare for each firefight are very appealing. In VALORANT, you have only the time between matches to buy what you need before you begin executing your plans. VALORANT has remained true to close combat and using your powers to help yourself and your teammates.

Even though VALORANT has its positive points, it still has its downsides, like players who make smurf accounts or boosts, which can negatively or positively affect you if they join your team or fight against you. Sometimes you need a break, but you may crave something similar.

In the following list, you will find twelve games similar to VALORANT that you will most likely like.

Unlike most games, Halo Infinite stays true to the old style of team-based shooters instead of going all the way to Battle Royale. As long as you keep the map small, team deathmatch is the best way to simulate a game like VALORANT. Several of the maps require strategizing in advance, just like in VALORANT.

In Halo Infinite, players have more freedom in getting shot with a rechargeable shield. Few games have kept the sense of teamwork for so many years as Halo.

Although you do not get any powers, you can work with your team and change the settings of your matches to only allow one death. Because the games are so short, you will have to restart them because they won’t make up for the online component.

Splitgate filled the void Halo had left for so long. Like VALORANT, it places players in one of two teams that need to compete against each other. The maps are tight, leading to many shootouts. Some game modes allow players to have only one life, so it has the intensity of VALORANT.

You will also have a limited choice of weapons if you use certain game modes. Splitgate allows players to start with a bat and sniper or a handgun and an automatic rifle. There are no powers in Splitgate, but the jumping and flying mechanic does feel like one.

In both VALORANT and Escape From Tarkov, lives aren’t something you can just waste. Unlike other shooters where players know they can be revived or reborn, this is not a game where it’s smart to risk being in the open.

In Escape From Tarkov, players from one team are tasked with reaching the other side of a map in a raid. The members of the opposing team must stop them. Both teams benefit from the weapons and items they find on the ground because they can keep them. Death is pretty devastating because it can mean losing the loadout you’ve built over multiple games.

There are team-based deathmatch modes in the mainline Call of Duty games. Although Call of Duty: Warzone has taken most of the spotlight for Call of Duty, the tournament scene remains very focused on team-based matches.

The game works somewhat like the class-based system in VALORANT. Some operators perform better when they are using their favorite weapons. With each new season, more characters are added, including Snoop Dogg. The team combat is also particularly easy to learn.

Rocket Arena is a three-vs-three rocket shooter game for teams and the first third-person game on this list.

Instead of health, players receive a blast meter, which increases as they are hit. The meter indicates how much they will be blown away, like in Super Smash Bros. Death occurs when a player is blown out of a map.

There are 10 characters players can choose to play against other players, but the chosen character does not really affect how they play. In addition to Rocket Arena, players can play Rocket Ball, a sports game, Capture the Flag, and treasure hunt.

Paladins is very similar to VALORANT in terms of the overall concept. Paladins is a five-vs-five, team-based shooter where players select a character and customize them based on their experience. Characters have a set of abilities and an ultimate they can use after dealing enough damage to their opponents. Additionally, players can play onslaught, ranked, and siege modes.

The biggest downside of the game is its overly complicated currency system. XP is earned through daily achievements and quests, you can purchase crystals with real-world money, and gold is earned from winning matches, leveling up, and daily visits. You can get used to this system as you use it more, but the separation of this kind of thing feels unnecessary.

You can use different abilities in the game depending on which character you select. You can find yourself being just as good at Rogue Company as at VALORANT if you master your main character and get used to other characters’ strengths and weaknesses. This is a great choice if you want something as close to VALORANT as possible.

The Counter-Strike series has been around for a while, and Global Offensive is its fourth installment. There’s a very large player base, and the competition is so intense that you’ll notice a lot of Counter-Strike veterans are highly-regarded streamers, such as Shroud or s1mple.

You don’t have powers, but it has all the team-based tactics you’re used to. It’s a game that everyone should try at least once, just to see why it’s so popular.

A game of cops and robbers, Tom Clancy’s Rainbow Six Siege is the ultimate cops and robbers experience. One team tries to kill the other, and the walls are completely breakable. As with VALORANT, some classes have their own special abilities but nothing beyond that. It makes sense in a game where you try to outmaneuver your opponent.

The other similarity is that rounds are based on single lives, so if you’re dead, you’re dead. It is a very team-oriented game, and relying on your squad is the only way to win, although clutches happen when players get good positions or line things up well.

Team Fortress 2 is an older game that combines team-based gameplay with a pleasing aesthetic. Each class has unique abilities and benefits in Team Fortress 2. It’s easy to learn because it hasn’t changed much since it was first made, which was a time when developers could add not much to the game without it being too big for players’ PCs.

In addition to team deathmatch, the game offers modes such as Capture The Flag, King of the Hill, Control Point, and many more. The best part of Team Fortress 2 is that it is free to play, and all you need is a PC with Steam installed.

Apex Legends is a battle royale, but that doesn’t change the fact that it’s a great team-based shooter. Players select a character and have abilities and ultimates associated with that character. As a team, they work together to beat other teams, shooting and using their skills to get the upper hand.

Overwatch was VALORANT‘s main competitor for a while before losing many players to other games. Players choose a character who comes with their own unique abilities. By utilizing these abilities well, players gain an advantage in 6v6 matches.

The biggest difference between VALORANT and Overwatch is the emphasis placed on powers. To play VALORANT, players must be very good at shooting, while the abilities only add to the gameplay. Overwatch is overly reliant on the player’s abilities, and the shooting is secondary. The most important thing for most players is to shoot well and do well when they can shoot well.