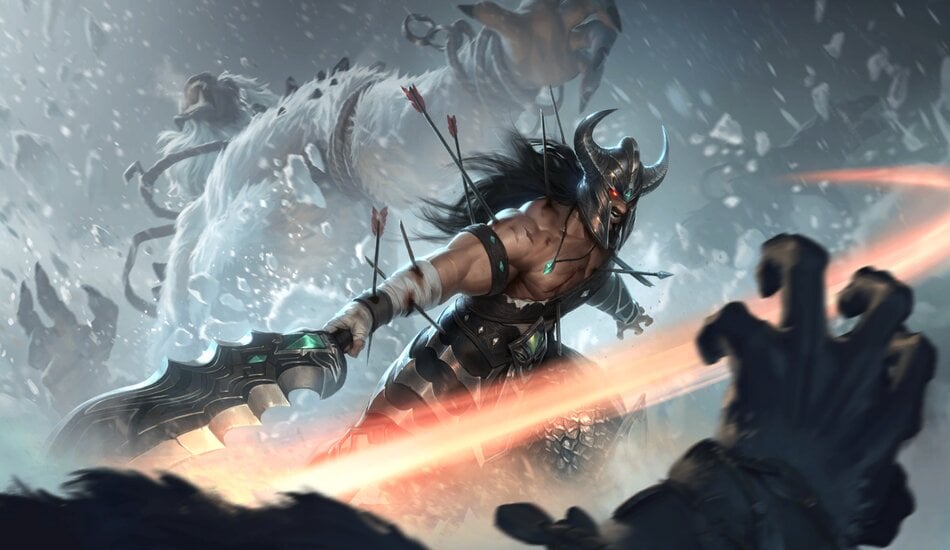 For the first time in Teamfight Tactics history, Tryndamere is set to join the other Warlord, Duelist, and Slayer champions in Set 4.5, Riot Games announced today.

Over half of the TFT Set 4.5 spoilers have been revealed now. Riot officially announced the return of Darius and his dunking spell yesterday. Other champions joining Set 4.5 include Rakan, Xayah, Sivir, and Nasus. Riot revealed the addition of Tryndamere today as a champion with the Warlord and Slayer traits.

Tryndamere’s attack spell and cost weren’t officially released today, but according to the tweet, opponents are sure to “be petrified to see him spinning towards them.” Principal TFT lead game designer Stephen “Mortdog” Mortimer also said on Twitter that Tryndamere is a Duelist in addition to Warlord and Slayer that “spins and hits really, really hard.”

The Warlord champions in Set 4.5 are the same as Fates Set Four aside from the addition of Tryndamere and minus Xin Zhao. The same is true for the Duelist trait. Unconfirmed champions that are also likely Slayers include Olaf and Samira. Slayer champions gain lifesteal that increases at lower health, according to a Reddit leak. They also deal bonus damage that increases off of their opponents’ missing health.