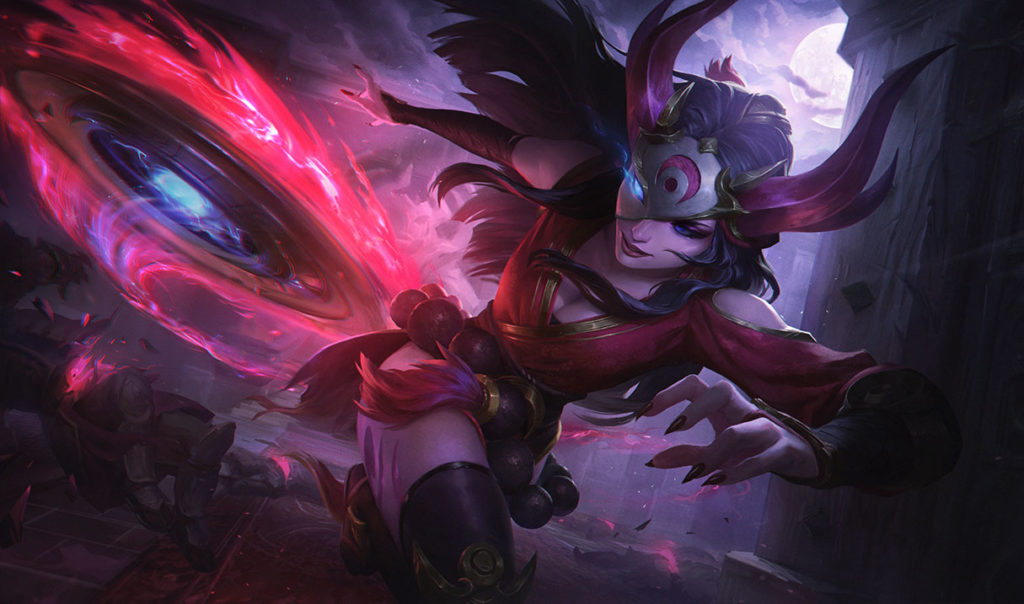 Teamfight Tactics’ Set 4.5 spoilers continued today with an announcement from Riot Games that Sivir will replace Jhin within the Cultist and Sharpshooter traits.

Sivir in League of Legends is a “hunter and mercenary captain” who wields a jeweled crossblade. The Battle Mistress will join the TFT roster on Jan. 21 with the mid-set release of Set Four Fates. Replacing Jhin, who’s getting removed with 20 other champions, Sivir has the Cultist and Sharpshooter trait. Based on the art previewed by Riot today on Twitter, it’s likely that her Boomerang Blade will be her primary attack.

Riot has yet to reveal any details regarding Sivir’s spell, attack damage, cost, or mana. According to a TFT Set 4.5 leak on Reddit earlier in the week that has lined up with every official spoiler so far, it’s likely that Sivir is a three-cost champion. Jhin was a four-cost champ, leaving Aatrox as the only four-cost Cultist champion and the Sharpshooter trait without a four-cost unit in Set 4.5.

Several main carries from TFT Set Four are being removed with the mid-set 4.5 update. Jhin was one of those primary carries in Sharpshooter and Dusk comps, and within Cultist builds prior to reworks and nerfs. It’s unknown whether Sivir will become a carry like Jhin was, or if she’ll become more of a placeholder. Set 4.5 spoilers have revealed the Syphoner, Executioner, and Slayer traits so far, along with the tease of Fabled and Dragonsoul.