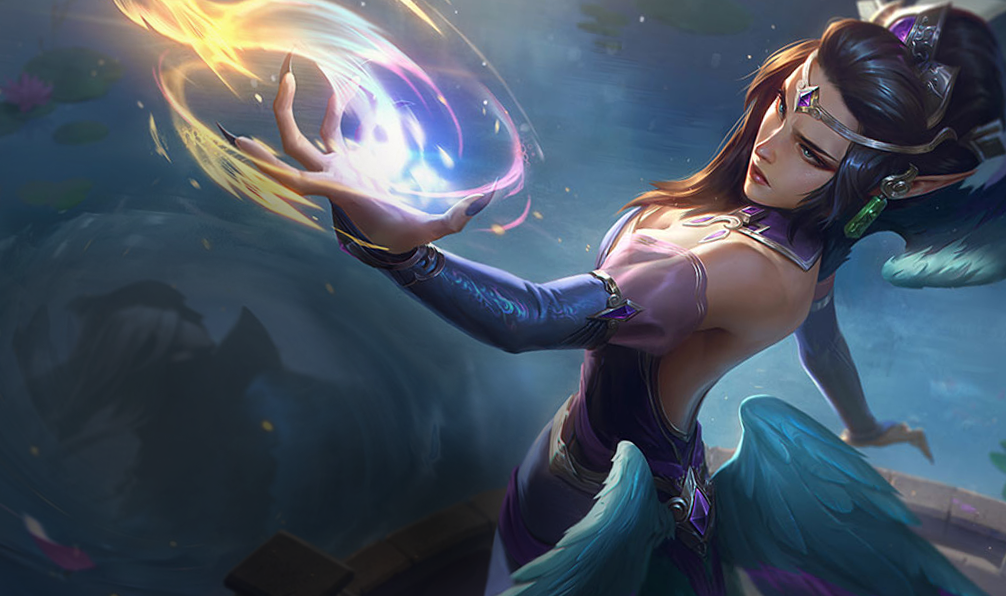 Riot Games continued dropping Teamfight Tactics Set 4.5 spoilers today with the reveal of Syphoner and a tease of how Morgana will function within the trait.

Just over a month remains before the release of the TFT Set 4.5 mid-set changes. Launching on Jan. 21, players can expect new champions and traits to shake up the meta. Kindred as an Executioner was revealed yesterday, following the announcement of Zed transitioning over to Slayer. Morgana was the feature champion today with the introduction of the Syphoner trait.

The Syphoner trait has champions siphoning life from their opponents with their spells, based on the teaser description provided by Riot today. Syphoner champs and allies heal for a portion of the damage they deal via spells and attacks, according to the unconfirmed TFT Set 4.5 leaks.

Riot has yet to confirm the leaked details, but the recent reveals have mostly coincided with the Reddit post. Morgana was previously an Enlightened and Dazzler trait champion. But with Dazzler getting removed in Set 4.5, she’ll keep Enlightened while also becoming a Syphoner. Able to CC multiple opponents with her Hallowed Ground spell, gaining life via her new trait may bump the four-cost champion up to S+-tier status.

“Morgana is an interesting Syphoner,” lead TFT game designer Stephen “Mortdog” Mortimer said. “She lost the base healing on her spell, but it was replaced with the negative 40 percent AD debuff baseline now.”

The mid-set update in TFT is scheduled to take place on Jan. 21 via Patch 11.2. Tacticians should be able to test out the new champions and traits on the PBE following the 11.1 update on Jan. 6.