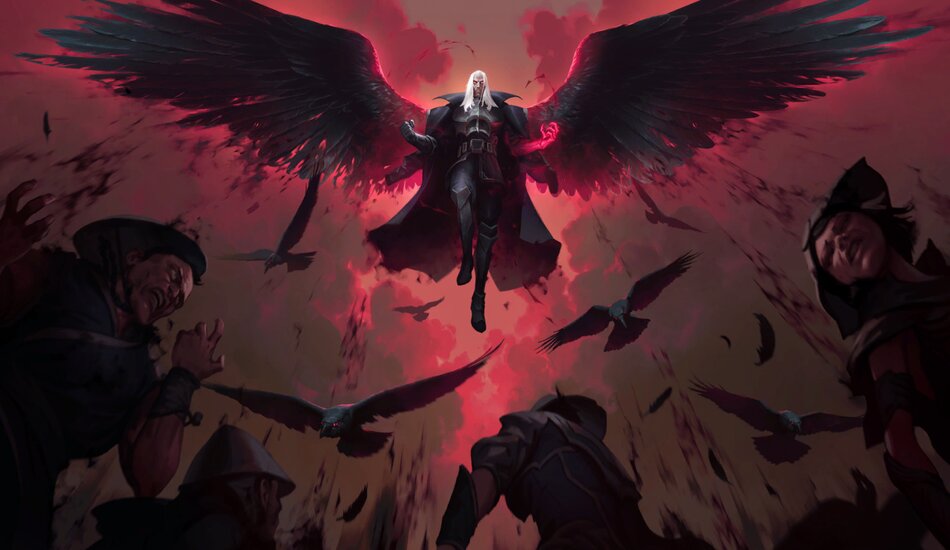 Riot Games teased images of two traits today that are set to be added in Teamfight Tactics Set 4.5.

A total of three traits within TFT Set 4.5 have been officially spoiled so far by Riot: Syphoner, Executioner, and Slayer. Morgana was featured in the Syphoner reveal, Kindred with Executioner, and Zed in Slayer. The TFT team took “a break” from Set 4.5 spoilers today, revealing images on Twitter that are likely the Fabled and Dragonsoul traits, according to a Reddit leak that was posted earlier in the week.

Fabled champions “gain an additional effect” and Dragonsoul champs pass on a “blessing to an ally” upon death, according to the leak.

The unconfirmed Dragonsoul champions are Tristana (one-cost), Brand (one-cost), Braum (two-cost), Shyvana (three-cost), Olaf (four-cost), Aurelion Sol (four-cost), and Swain (five-cost). Dragonsoul provides the highest health ally with a Dragon’s Blessing at the start of combat. This unit gains bonus stats while blessed and every fifth attack fires a blast of Dragonflames, dealing a percent of their target’s maximum health in magic damage, according to the leak.

Neeko is likely one of the three Fabled champions, but the other two are unknown at this time. Some of the possibilities include Cho’Gath, Alistar, and Nautilus. Not much is known about the Fabled trait either, other than that the champions’ spells will gain a mysterious additional effect.

Set 4.5 is scheduled to release on Jan.21 via Patch 11.2. Players should be able to test out the new TFT champions and traits on the PBE following Patch 11.1 on Jan. 6.