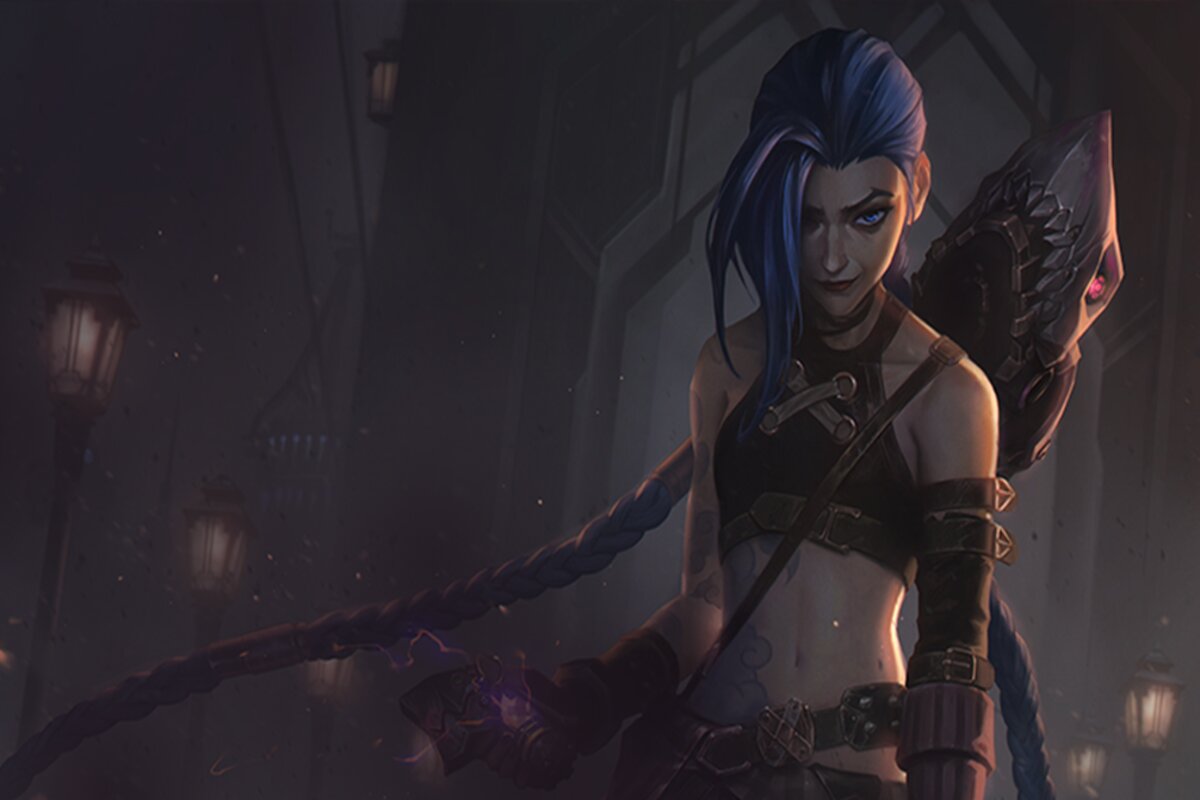 Teamfight Tactics‘ newest set Gizmos and Gadgets is set for its live server release this week and will introduce 58 new champions into the game, bringing a new flavor of strategy to the beloved autobattler.

One of the most exciting champions in the upcoming set is Jinx, a unit that has been printed in many different versions of the game, but never quite like this. In this set, Jinx has been redesigned with an incredibly bombastic and spectacular spell that can turn the tide of battle in an instant.

Jinx is the premier carry for both the Scrap and Twinshot traits. But as the expensive five-cost unit she is, she also has the Sister trait that she shares with Vi. When all three traits are active, especially her unique Sister trait, Jinx is the ultimate late-game power spike in TFT Set 6.

Jinx’s basic attacks deal 80/158.4/285.12 damage at one-star, two-star and then three-star respectively, making her one of the deadliest on-hit champs.

But it’s her spell that truly lights up the battlefield.

Upon reaching her mana threshold, Jinx rides her rocket into the sky, then comes crashing down near the center-most enemy, dealing magic damage to enemies around the epicenter, and 50 percent to all other enemies in a large area. The epicenter burns every unit except Jinx for 5 seconds, dealing a percent of the target’s maximum Health as true damage, and reducing healing by 50 percent for the duration. She then swaps to her rocket launcher for the rest of combat, causing her attacks to explode for a percent of her Attack Damage in a small area around her target.

Jinx is one of the few units in this set that is lucky enough to have three traits—Scrap, Twinshot and Sister.

Any composition that relies on a five-cost champion to carry is usually tricky to force. Thanks to the Scrap trait being early-game focused in terms of power, however, getting to the late game with enough gold to roll for Jinx can be achieved relatively consistently.

An early game composition that will pivot into Jinx carry at level seven, eight or nine might look something like this:

Playing this board with an early two-star Ezreal should be powerful enough to win streak or at least remain healthy in most lobbies. Don’t bother rerolling or holding additional units, building an early economy is pivotal when trying to run five-costs as a primary carry.

A majority of Jinx’s power comes from the Sister trait, so vertically scaling with the Twinshot or Scrap traits may allow her to hit a little harder. But freeing up space on your board will enable the use of the strong Enchanter utility, buying a lot of time for Jinx to do damage. An end-game board might look something like this.

Jinx scales really well with Attack Damage, but players have found out on the PBE during the testing phase of this set, that her spell packs a serious punch when itemized to cause crit damage. Itemizing Jinx with Jewelled Gauntlet, Infinity Edge and Giantslayer will allow her to do big spell damage and still have reliable damage on her Autos thanks to the double B.F Swords in her best in slot items.

If the player’s board does not feature such a strong Enchanter presence, then perhaps it’s best to itemize Jinx with a more heavy AD focus. Allowing her to build defensively to cover for her lack of protection without Enchanters, by using Bloodthirster or Hand Of Justice.

Jinx has an attack range of four, meaning she is absolutely fine with being positioned in the back row nearly always. With the above board, Jinx is positioned between Lulu and Janna for protection from Assassins, as well as in the same row of hexes as Jayce, for the Attack Speed buff he will apply to her Autos.

With Taric, this composition does have access to the Socialite hex buffs. But Jinx’s safety is paramount, so make sure not to chase that extra damage should the hex appear toward the front of the board and keep her in the back two rows.

Remember that this composition relies almost solely on Jinx’s damage output, so be sure to mirror swap your units from left to right early on to avoid Assassins or Zephyr cheese with Blitzcrank, and later in the game make sure to scout other player’s boards to specifically position away from danger.

If the player can manage to make it to level nine, dropping Taric and replacing him with Galio can be a good option if the Socialite hex is in a good spot for Jinx, keeping her buff whilst also introducing a powerful knock-up CC from Galio’s ultimate, thus keeping the enemy team locked inside Jinx’s burn radius. Players can also fit four Twinshot for big damage, or another Bruiser like Tahm Kench for a bulkier front line.