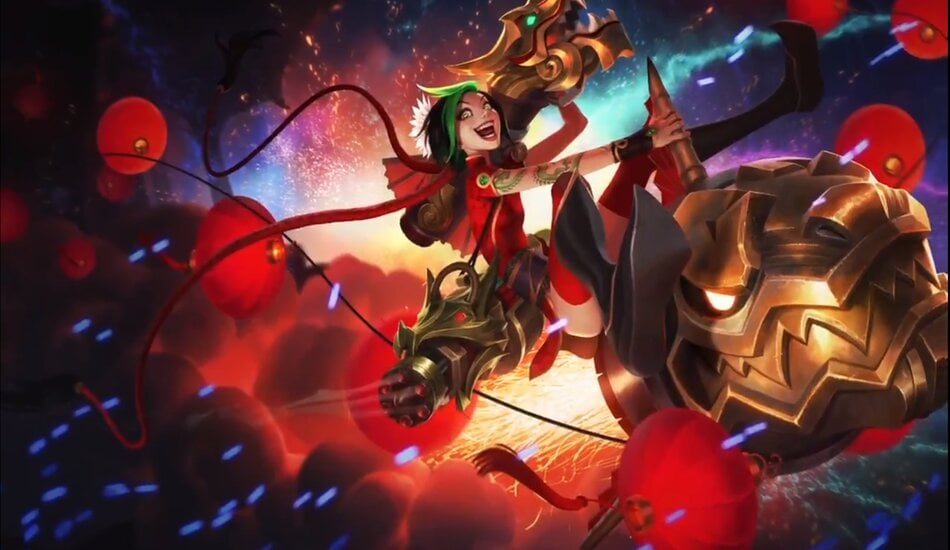 Patch 10.16 was one of the most balanced patches within TFT Set Three. Numerous comps became playable at a competitive level—at least 10—and the adjustments made didn’t swing the meta in a negative direction. The only change Mortdog wasn’t pleased with was the buff to Gangplank, feeling that it pushed the needle too much.

Reactions from players regarding Salvage World Galaxy have been positive, and Mortdog agreed, noting that it was a good thing that it was added later in the set. He also praised the newly added item recipes, as they will “play a major role” when Set Four releases.

A number of items were buffed in Patch 10.16, but nothing broke the meta. Hand of Justice jumped to a top-tier item, as it should be considering its components. A problem was discovered by the TFT team as a result of the HoJ buff, but Mortdog was unable to reveal any details as it would spoil an aspect of the upcoming Set Four.

Items like Hextech Gunblade, Locket of the Iron Solari, and Runaan’s Hurricane were positive changes that barely moved the needle. Changes for Runaan’s Hurricane are expected to take place in Set Four, according to Mortdog, along with Sword Breaker.

The one item that most players are overlooking, according to Mortdog, was Statikk Shiv. It’s a “powerful item” in the early game and has become “viable in the late-game,” improving its overall value.

Changes to Mana Reaver were positive and only had a slight impact on the meta while the Chrono buff fell somewhat flat. The buff to Chrono did improve six Cyber and four Chrono, according to Mortdog, but has still left the trait mostly “unplayable in competitive.”

Mech Pilots has become one of the most-played comps in Patch 10.16, despite the nerf. Whether players can expect another nerf in Patch 10.17 is unknown. The Vanguard adjustments, however, were a “placebo nerf” that didn’t change anything. Mortdog also noted that the six Rebel buff improved the comp but didn’t make it too overpowered.

Champions in Patch 10.16 received a number of small changes that Mortdog considered “debatable,” meaning they were probably the “right thing to do.” Champion buffs or nerfs that did stand out were those to Fiora, Bard, Jinx, and Gangplank.

Patch 10.16 in TFT also saw various experimental changes made to “chase traits,” and numerous three-star champions. Adjustments made to both areas “positively affected the meta without breaking any champions or comps,” Mortdog said. And despite fears from some players, the three-star champion chase buffs did not bring about a hyper-role meta.