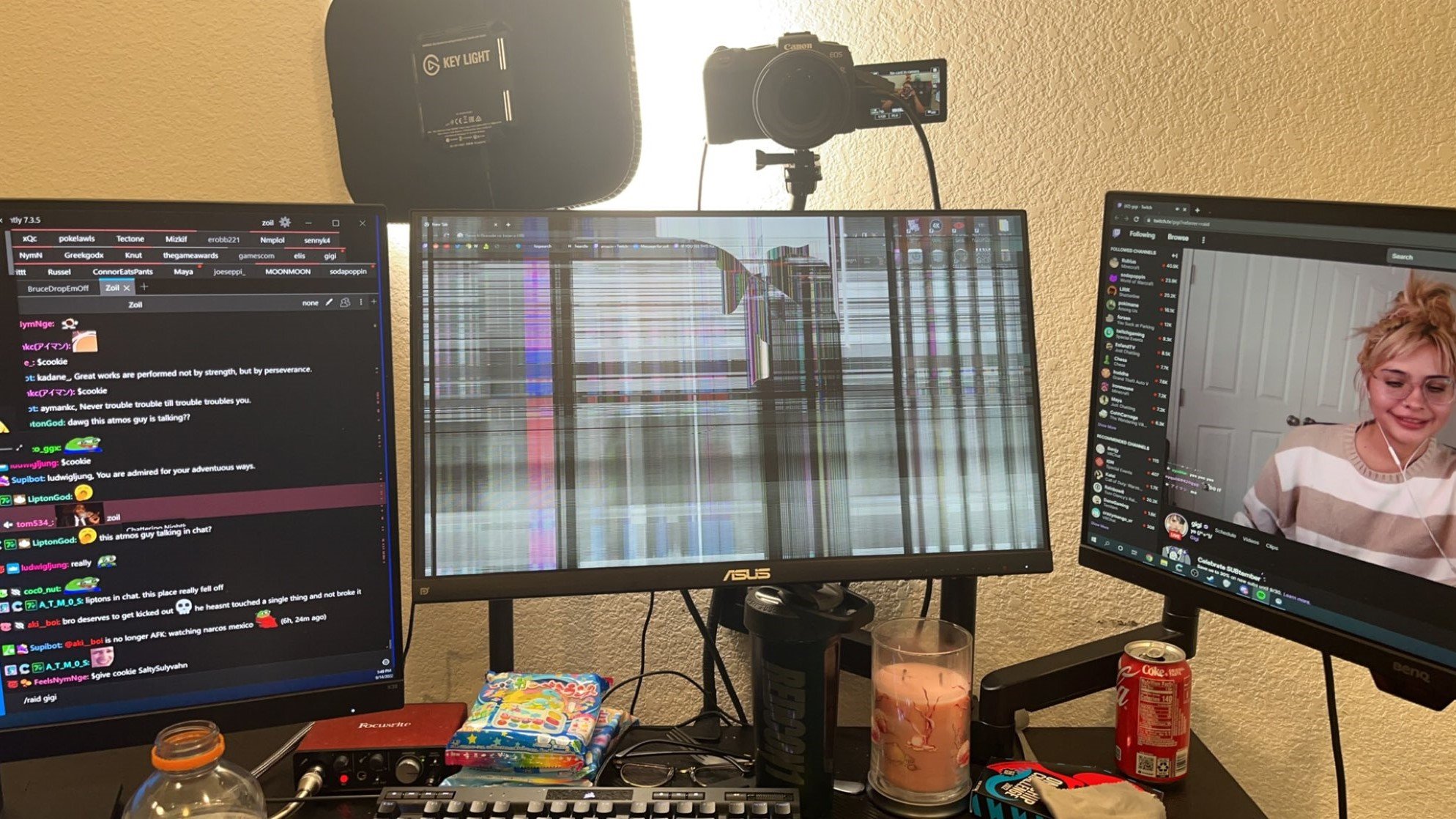 Virtual reality might be all the rage right now, but for Zoil yesterday, it led to a different type of rage while he was playing Thrill of the Fight.

Doing a little bit of VR boxing, the hefty streamer from the U.K. tried to stay light on his feet. But with his headset preventing him from being aware of his surroundings, Zoil floated like a butterfly right in front of his computer. What happened next is a scene no gamer wants to be a part of.

As he landed a right-hand jab to his opponent’s midsection in the game, Zoil simultaneously gave his computer monitor the Summit1G treatment by punching it and completely ruining it. With his camera directly behind the monitor, the view for fans was impeded as his camera fell following the punch.

All that fans were left with was audio of Zoil yelling profanity in frustration from having messed up his monitor.

After the stream, Zoil showed his fans the damage that was done. Posting a picture of his three-monitor setup on Twitter, one can clearly see exactly where he made contact with the middle monitor. With black and white lines covering the display, it’s safe to say that Asus isn’t going to be of much use anymore.

Zoil isn’t the first person to take out a monitor on stream. Summit1G is among the most famous creators on Twitch of all-time, but perhaps his most notable moment was when he ended a stream early in frustration from dying in a game. Failing to contain his anger, Summit took out his monitor with a right jab. The incident started a trend of using the phrase “1G” as a verb to describe the act of punching one’s monitor.