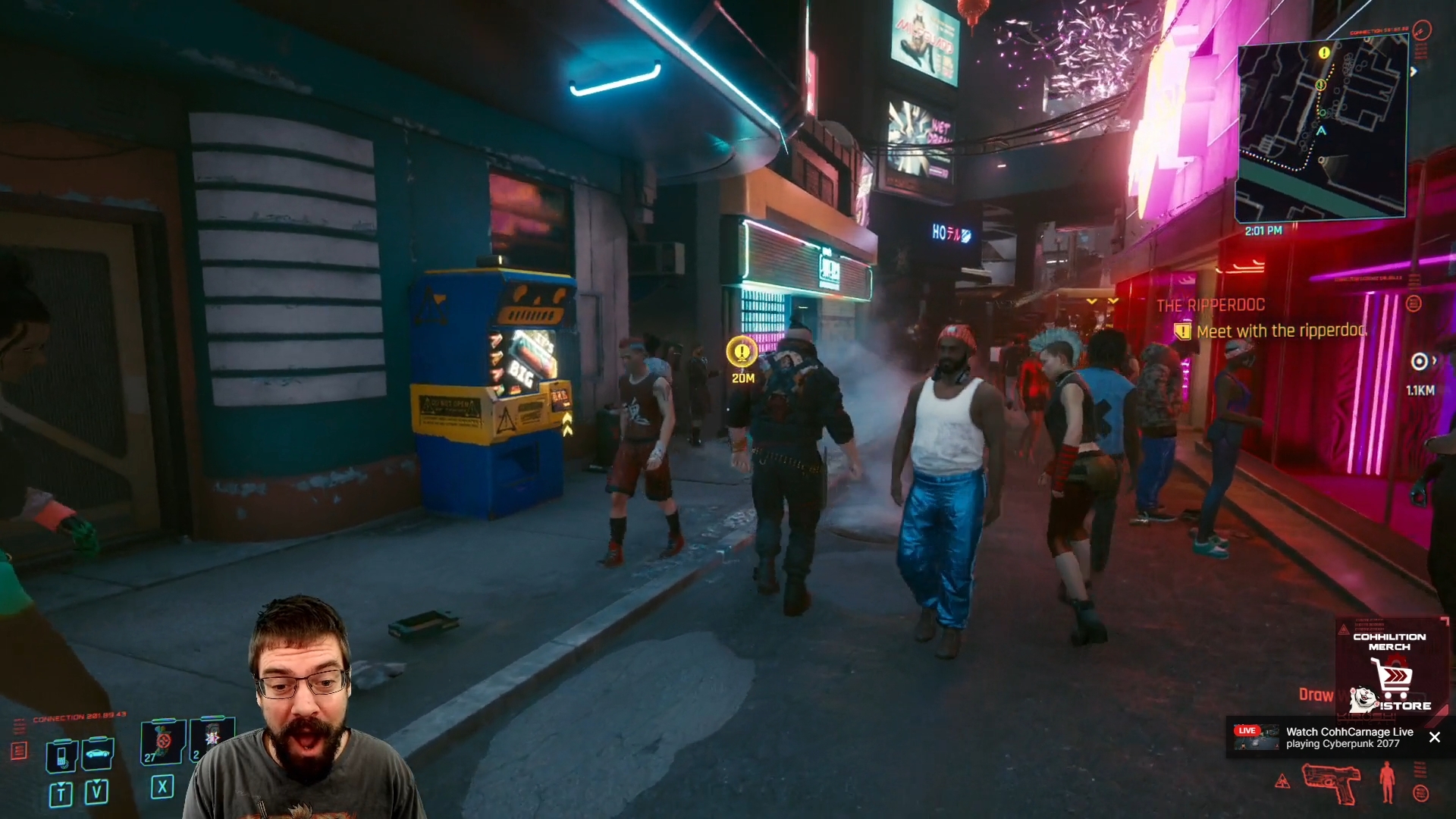 Keanu Reeves isn’t the only famous actor featured in Cyberpunk 2077. Many other big names are involved in the cast and many streamers have been surprised by finding cameos of themselves featured in the game.

Whether it’s in the form of a billboard or an NPC, it’s possible that you may have run into one of these characters but moved on with your day. Out of all the cameos that have been revealed so far, however, CohhCarnage’s character seems to be the most interesting one.

CohhCarnage goes by the name Garry the Prophet in Cyberpunk 2077 and he’s practically a doomsayer. As you approach him, Garry starts talking about the inevitable doom that’s in the making and how the mechanical eyes that are so widely popular can be the ultimate spying tool on everyone’s lives.

You, as the protagonist, get to interact with Garry and lead the conversation with your sarcastic questions. Garry is also a little bit of a Cyberpunk 2077 celebrity since you’ll get to see other NPCs trying to get pictures with him, mostly to mock his ideas.

Garry asks for a donation at the end of his speech and you get to donate between $1 and $100 to support his cause.

Where is CohhCarnage/Garry the Prophet in Cyberpunk 2077?

CohhCarnage’s character, Garry the Prophet, is located in Watson, Little China. It’s a district of Night City and you’ll find Garry in a dark alleyway outside of the Chakra Harmonization and Misty Esoterica shops. Though you can make your way there when you get the time, you’ll also need to visit the location as a part of the main story at some point.

In addition to CohhCarnage, there will be many more cameos that you’ll get to see during your playthrough of Cyberpunk 2077. Hideo Kojima and Jesse Cox are some of the more notable cameos that you may notice on your own, but many others should reveal themselves as more players progress through the story and find out their whereabouts.

If you’re looking to play Cyberpunk 2077 at a later date but still want to experience the launch hype with the best storytellers on Twitch, you can check out these streams to get your dose of the game until you play it yourself.